CNN host Van Jones explained Democrats’ inclination toward the idea of impeaching President Trump as “a problem” within the party on Thursday.

“Have you seen a car crash? That could be what you get,” Jones told a CNN panel.

His comment came in response to a question about how old-school politicians like former Vice-President Joe Biden, who recently downplayed the idea of impeaching Trump without “basis,” would align with party progressives who want impeachment at any cost. (RELATED: Biden: No ‘Basis’ For Democrats To Impeach Trump If They Retake The House) 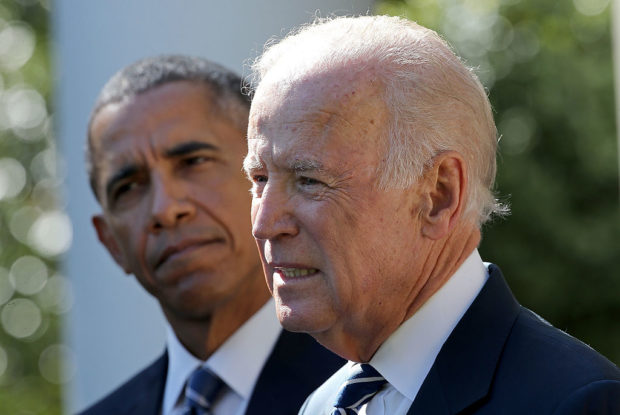 WASHINGTON, DC – OCTOBER 21: U.S. Vice President Joe Biden (R) announces that he will not seek the presidency during a statement with U.S. President Barack Obama in the Rose Garden of the White House October 21, 2015 in Washington, DC. Citing the death of his oldest child, Biden said he is closing the exploration process of mounting a campaign for the presidency, (Photo by Win McNamee/Getty Images)

“First of all, it’s amazing that it’s news for a former vice president to say, ‘Don’t impeach the president yet until you get a report,'” Jones said. “And that’s considered conservative. That’s considered moderate. It’s like, OK, we might have a problem in this party.”

Instead, Jones suggested that Democrats “focus on everyday issues.”

“I think there’s a section of people in our party that are spun up about Trump — rightfully so; understandably so — and feel like impeachment is some badge — some proof that you’re really mad about what’s going on in the country,” he said.

“I think the people who are going to do better are the people who say, ‘I’m mad about what’s going on in the country, so I want to help you, not spend all my time trying to figure out a way to hurt the president,'” said the CNN commentator.

He added that if people like Biden get “beat up” for wanting to “wait for the facts,” it makes criticizing Trump difficult.

“We need to be more consistent,” Jones concluded.