A non-military server containing personal information on members of the Indiana National Guard has been hit by a ransomware attack, according to The Associated Press.

The Guard said it has no reason to believe the attack was targeted at service members. All affected civilian and military personal have been notified that they should be on alert for suspicious activity regarding their personal accounts and finances, according to the AP Thursday.

The attack denied officials access to personal records about service members, but the Guard made clear that the type of ransomware used does not usually compromise the information it affects. (RELATED: British Forces Practice Hacking Russian Power Grid)

The Guard said it has taken steps to prevent a similar attack in the future, the AP reported.

It is common for ransomware to be distributed without specific targets in mind. Two Romanians were charged in 2017 with propagating a ransomware attack that rendered D.C. Police security cameras unusable just days before President Donald Trump’s inauguration. Ransomware has been in the global spotlight since the high-profile NotPetya and WannaCry attacks plagued Europe in 2017. 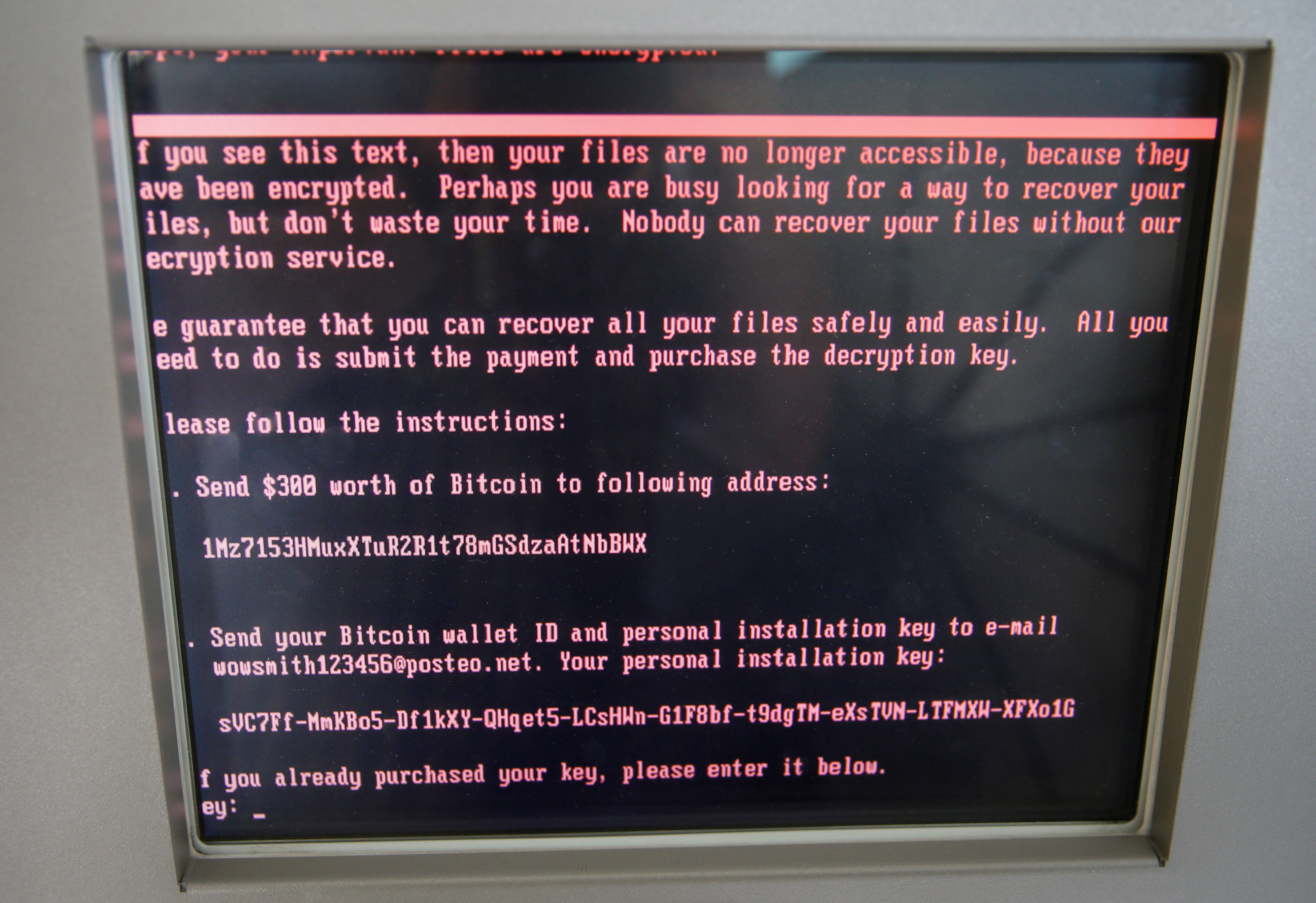 A message demanding money is seen on a monitor of a payment terminal at a branch of Ukraine’s state-owned bank Oschadbank after Ukrainian institutions were hit by cyber attacks, in Kiev, Ukraine, on June 27, 2017. REUTERS/Valentyn Ogirenko

Ransomware is a form of malware that encrypts data on a device or server and locks a rightful user out unless a payment is made. Typically ransomware is spread through infected links or spear phishing emails.