U.S. Ambassador to the United Nations Nikki Haley wants action from the U.N. after diplomats from Cuba and Bolivia heckled former Cuban political prisoners and their families.

As Fox News reports, Haley is furious that the delegates not only interrupted the witnesses with jeers and insults but trashed U.N. furniture while doing so. (RELATED: Trump Reveals Plans For Nikki Haley)

Initially, the U.S. was expected to handle damage costs, but Haley was having none of it, calling the reaction of the Cubans and Bolivians to the Thursday event “outrageous.” The event was entitled “Jailed for What? The plight of Cuba’s political prisoners.” 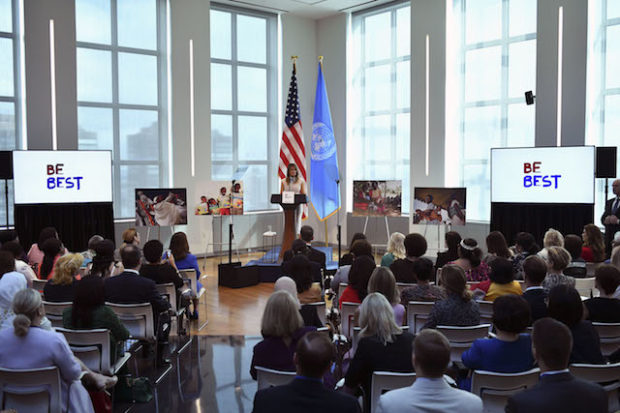 US First Lady Melania Trump hosts a reception for spouses of visiting heads of State and others at the US Mission to the United Nations in New York on September 26, 2018. (Photo by MANDEL NGAN/AFP/Getty Images) 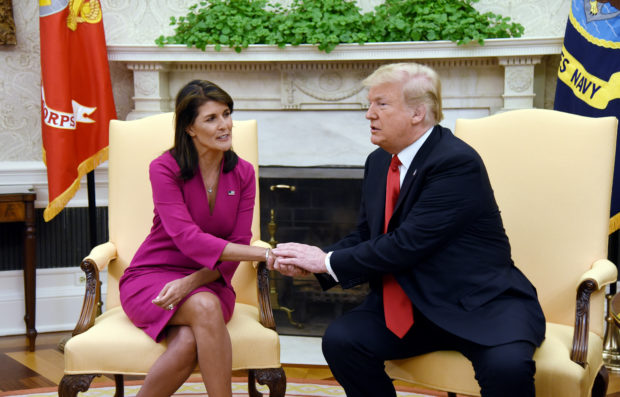 US President Donald Trump shakes hands with Nikki Haley, the United States Ambassador to the United Nations in the Oval office of the White House on October 9, 2018. (Photo by OLIVIER DOULIERY/AFP/Getty Images)

Haley said that the U.N. was at first going to send the bill for damages to the U.S., which she finds “completely unacceptable,” given that U.S. delegates did not cause the damage and the fact that U.S. funding already provides 22 percent of the annual U.N. budget.

The outgoing ambassador to the U.N. told Fox News, “Cuba’s U.N. delegation destroyed property with their juvenile, unprofessional behavior that was a mockery of diplomacy,” she said. “There’s no way the U.N. should pay for those repairs – with U.S. taxpayers footing 22 percent of that bill.  The bill needs to be sent directly to Cuba.” (RELATED: This Is The Sound That Gave American Diplomats In Cuba Brain Damage)

Meanwhile, Cuba is insisting the presentation itself should never have happened, labelling it “a political comedy staged on false arguments and with supporting actors of a dark history at the service of a foreign power.”