An upcoming speech at American University by The Daily Caller’s breaking news and media editor, Amber Athey, is facing backlash from some progressive students and organizations on campus who are reportedly planning to protest the event and offer counseling services to students who are traumatized.

The speech—at first entitled “No, Don’t Believe All Women”—is being hosted by AU’s chapter of the Young Americans for Liberty (YAL) and will explore the importance of due process in the age of #MeToo.

In Facebook posts and messages obtained by The Daily Caller, some AU students have expressed a desire to “f***ing crash this bulls**t,” and to report YAL as a “campus hate group.” 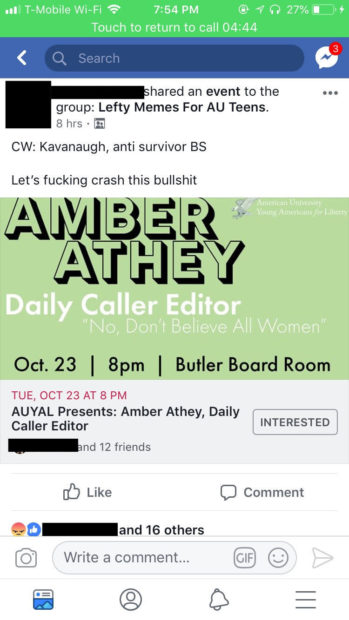 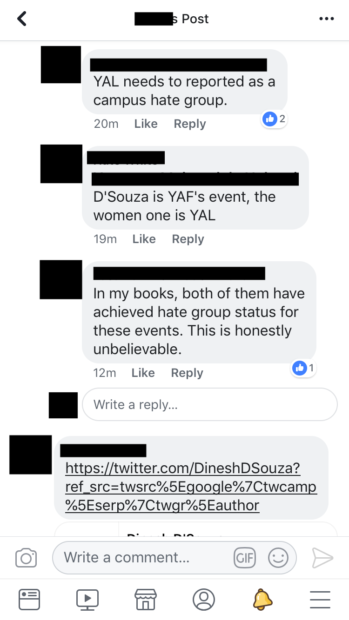 One student accused the event of “[dismissing] our society’s deeply embedded roots of both misogyny and terror, in which women, men, and gender nonconforming bodies are in constant conflict with institutional beliefs that permit for abusers to get away with abuse.”

“It is to dismiss how capitalism profits off of hierarchical social structures that permit for a cycle of violence to repeat itself viciously,” the student continued, and promised that “we will tear this down.” 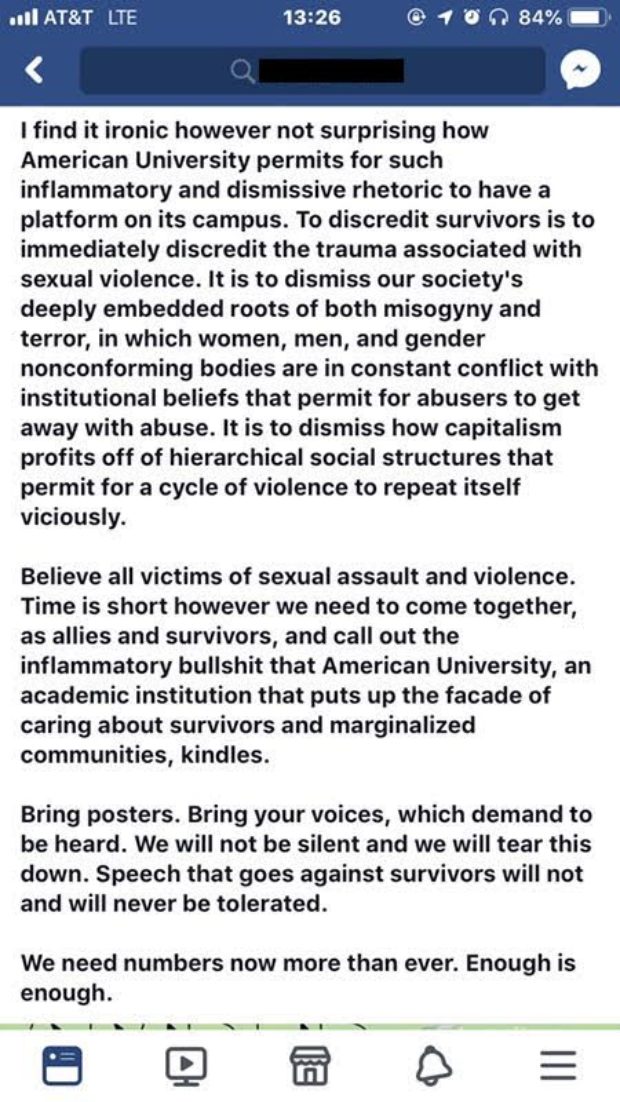 The AU Student Government Women’s Initiative also denounced the event. The student-run organization, which describes itself as “responsible for creating and delivering responsive and educational programming that addresses issues through the lens of gender and sexuality,” issued a statement that read, in part:

In light of an event taking place on campus on Tuesday, October 23rd that is promoting the disempowerment and invalidation of survivors in sharing their stories, AUSG WI will be opening our office as a safe space from 7:00 pm to 9:00 pm.

The statement also encouraged students to “unplug from social media” and news which might be triggering, and expressed support for Kavanaugh’s accuser, Dr. Christine Blasey Ford, as well as all survivors of sexual assault. 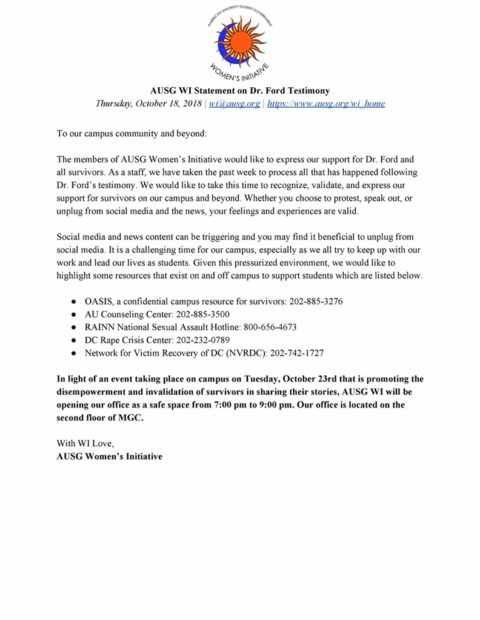 The AU Student Government did not respond to The Daily Caller’s request for comment at the time of publishing.

Amber Athey said of the controversy, “The idea that these college students need a special ‘safe space’ to shield themselves from opposing viewpoints is just pathetic. Sadly, the students who need to learn about due process the most are completely unwilling to listen to anything that challenges them.”

AUYAL amended the name of the event to “Your Due Process: #MeToo” for the sake of clarification and maintaining a constructive dialogue, according to a statement released by the group Friday. AUYAL maintains that “the content of the event shall not be edited, changed, or otherwise amended.”

“We welcome all students who wish to participate in a diverse and constructive manner to join us in our conversation with Amber Athey on Tuesday, October 23, 2018 at 8pm.”