Democratic Sen. Tina Smith is holding on to the Minnesota Senate seat that she currently occupies, but a recent poll shows her lead over Republican challenger state Sen. Karin Housley has tightened to single digits.

The Star Tribune and Mason-Dixon poll released Monday shows that Housley is trailing the Democratic incumbent by six points, just outside of the 3.5 point margin of error. Smith is leading 47 to 41 percent. This is 10 points tighter than an NBC News-Marist poll conducted weeks earlier that had Smith at a commanding 16-point lead.

Smith was appointed the Senate seat by Democratic Gov. Mark Dayton in January after former Sen. Al Franken resigned when more than half a dozen women accused him of sexual misconduct. She was Minnesota’s lieutenant governor at the time, and was reportedly appointed because of her close relationship with Dayton — Smith was Dayton’s chief of staff during his first gubernatorial campaign and his running mate in 2014. 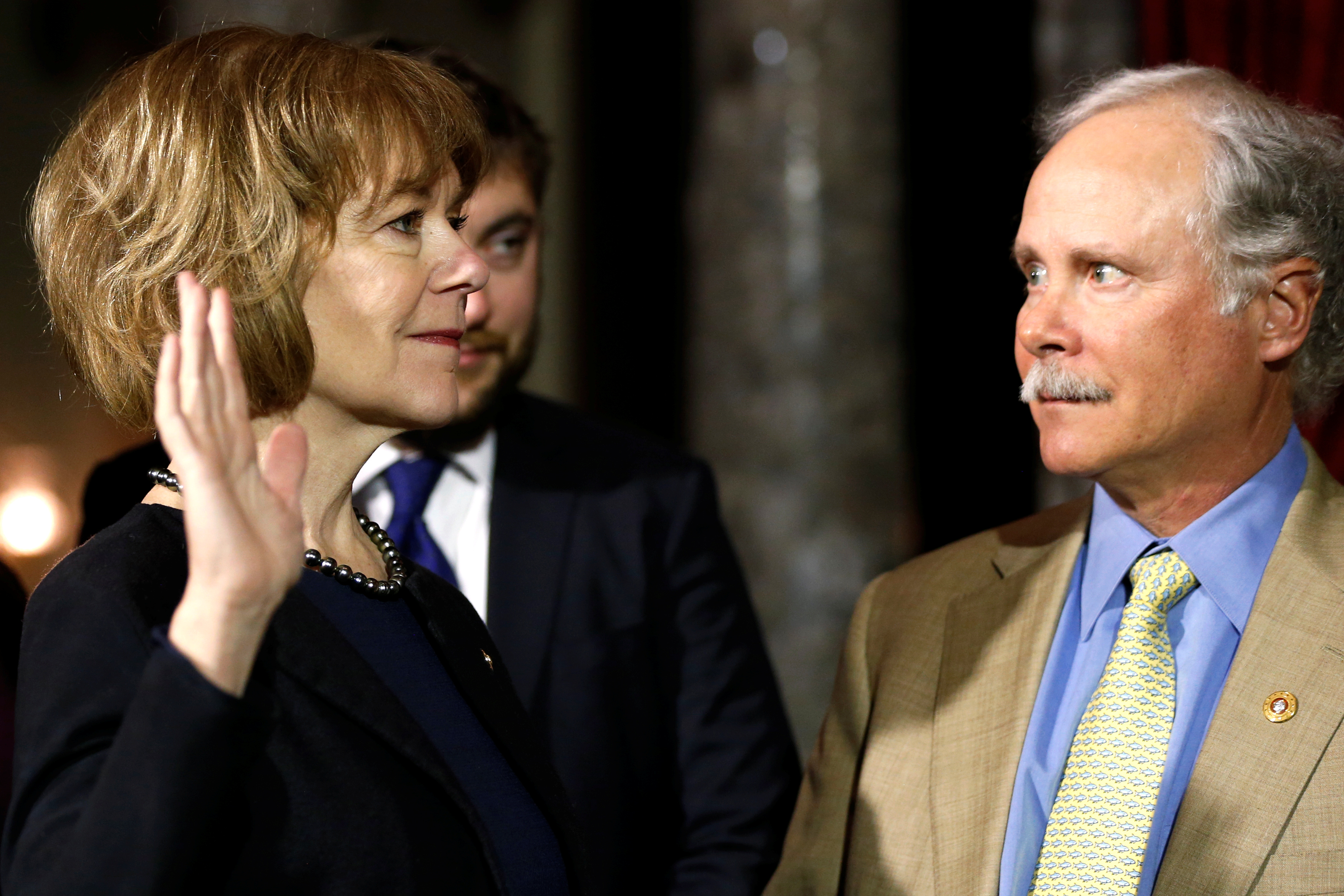 Democratic U.S. Sen. Tina Smith of Minnesota, joined by her husband Archie Smith, is ceremonially sworn in by Vice President Mike Pence in the historic Old Senate Chamber, just after having been officially sworn in on the Senate floor at the U.S. Capitol in Washington, U.S. Jan. 3, 2018. REUTERS/Jonathan Ernst

Franken announced in July that he hasn’t ruled out running for political office again, despite the allegations against him.

“Well, see, if I say anything there you will put it in the story. I don’t know. I haven’t ruled it out, and I haven’t ruled it in,” Franken said during his first public interview since his resignation. (RELATED: Al Franken Hasn’t Ruled Out Running For Office Again)

The Star Tribune and Mason-Dixon poll was conducted between Oct. 15 and 17 and was comprised of a sample size of 800 likely voters.