House Minority Leader Nancy Pelosi said she was “pretty comfortable” that she would be speaker of the House if Democrats take it back and called herself a “great legislator” at CNN’s Citizen conference Monday.

“I am a great legislator,” Pelosi told CNN’s Dana Bash. “And one reason I am is because I recognize the contributions of others, our committee chairs and all the rest. … I am also politically astute. I took them to a victory in 2006, I know how to do this.”

.@DanaBashCNN: “If Democrats do win the majority, do you have any doubt that your colleagues will elect you House Speaker again?”

Nancy Pelosi: “It’s up to them to make that decision but I feel pretty comfortable… I am a great legislator” #CITIZENCNN https://t.co/6HB7IoYO7j pic.twitter.com/iskLjZV2uC

Even though some Democratic candidates have campaigned on promises not to vote for Pelosi for speaker, she expressed confidence that she will regain the position in the case of a blue wave.

“It is up to them to make that decision, but I feel pretty comfortable where I am,” Pelosi told Bash.

Pelosi also said the Democrats would come out on top if the midterm elections were held Monday.

“If the election were held today, the Democrats would handily win the House,” Pelosi said. “I can only speak in the present tense because you never know.”

“I am a great legislator,” Pelosi said. “And one reason I am is because I recognize the contributions of others, our committee chairs and all the rest.”
She added: “I am also politically astute. I took them to a victory in 2006, I know how to do this.” https://t.co/SFL6dLEEdn

She highlighted the importance of health care policy in many races and called recent remarks by Senate Majority Leader Mitch McConnell about the Affordable Care Act and “entitlement changes” a “gift.”

“I don’t know what he was thinking,” Pelosi said, CNN reported.

The inability of Congress to repeal and replace the Affordable Care Act was “the one disappointment of this Congress from a Republican point of view,” McConnell said Wednesday, according to Reuters. 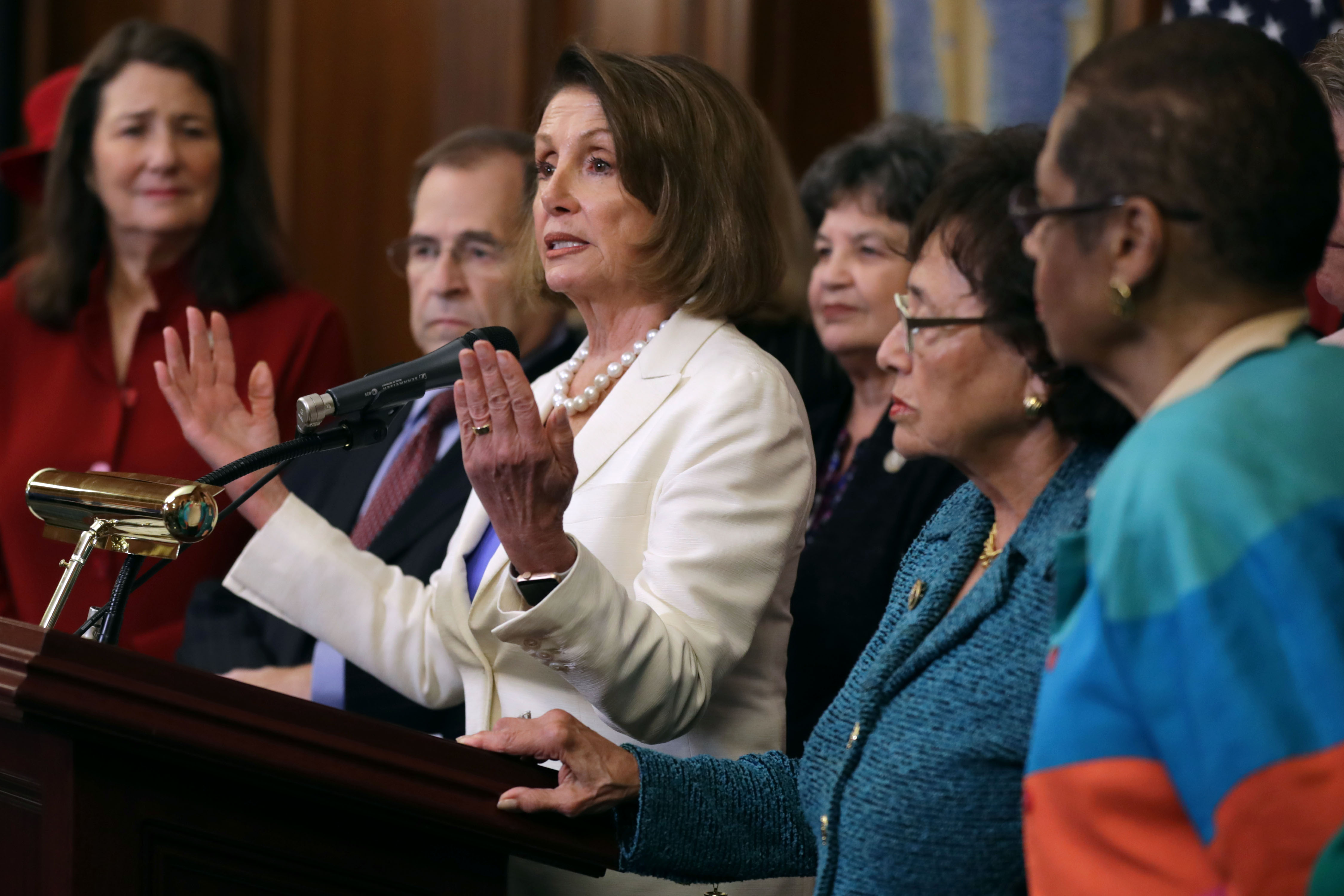 House Minority Leader Nancy Pelosi (D-CA) (C) is joined by Democratic members of the House of Representatives to rally support for Dr. Christine Blasey Ford in the Rayburn Room in the U.S. Capitol September 26, 2018 in Washington, DC. Chip Somodevilla/Getty Images

“If we had the votes to completely start over, we’d do it. But that depends on what happens in a couple weeks,” McConnell said Wednesday. “We’re not satisfied with the way Obamacare is working.” (RELATED: McConnell Breaks With GOP Midterm Rhetoric To Talk Obamacare Repeal)

If Democrats take back control of the House, they will “exercise our oversight” with “subpoena power,” Pelosi told Bash.

“It’s a great arrow to have in your quiver in terms of negotiating on other subjects,” she said.