Kate Middleton looked every bit the member of the royal family when she showed up in a sleeveless ice blue gown for a state banquet at Buckingham Palace Tuesday night. 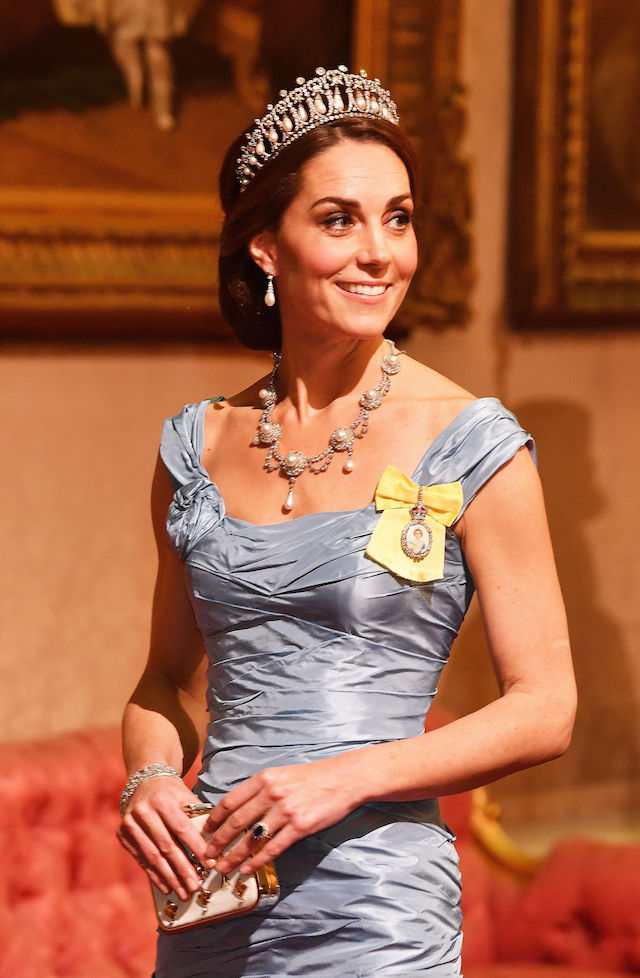 Catherine, Duchess of Cambridge during a State Banquet at Buckingham Palace on October 23, 2018 in London, United Kingdom. King Willem-Alexander of the Netherlands accompanied by Queen Maxima are staying at Buckingham Palace during their two day stay in the UK. (Photo by John Stillwell – WPA Pool/Getty Images)

The Duchess of Cambridge looked stunning in the full-length Alexander McQueen gown adorned with a silver rose that went down to her feet as she joined her husband Prince William and other dignitaries. (RELATED: 18 Times Meghan Markle Already Looked Like Royalty [SLIDESHOW]) 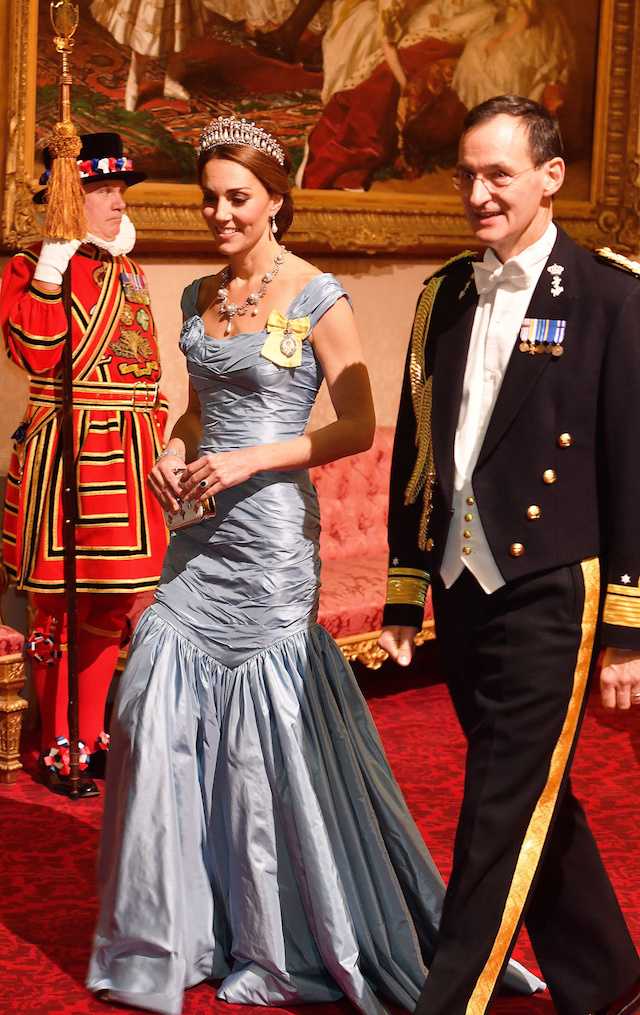 The Duchess of Cambridge walks with Rear Admiral Ludger Brummelaar during the state visit by King Willem-Alexander and Queen Maxima of the Netherlands, at Buckingham Palace, in London, Britain, October 23, 2018. John Stillwell/Pool via REUTERS

She completed the gorgeous look with the pearl-and-diamond crusted Lover’s Knot Tiara, once owned and said to be a favorite of the late Princess Diana, along with a diamond and pearl necklace.

In addition, her gown was adorned with a yellow badge that had a portrait of the queen. According to Town and Country, it symbolizes that the Duchess has “been given the Royal Family Order.” 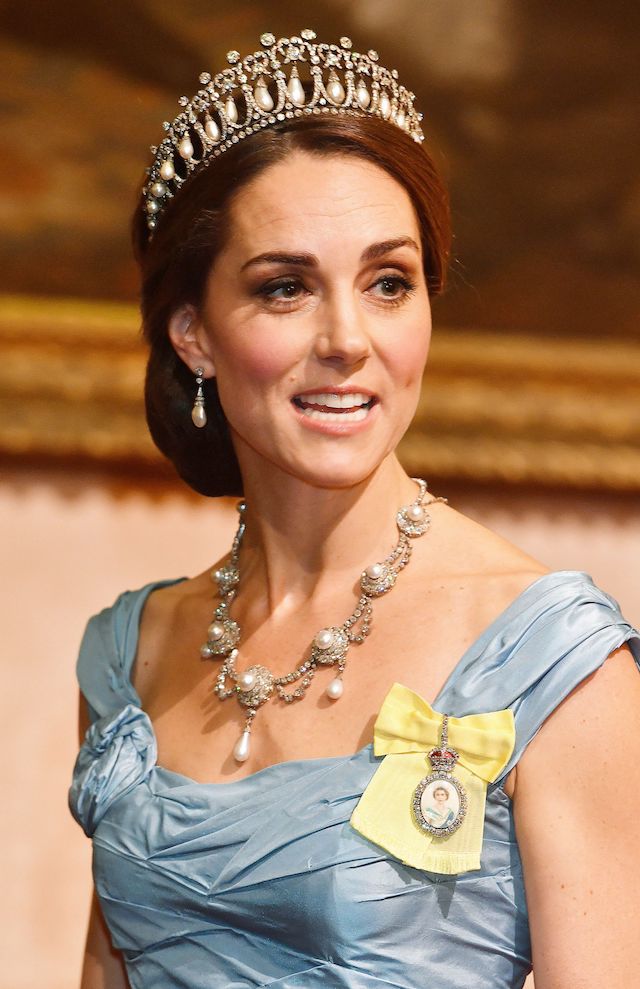 Britain’s Catherine, Duchess of Cambridge, attends a State Banquet in honour of King Willem-Alexander and Queen Maxima of the Netherlands at Buckingham Palace in London on October 23, 2018, on the first day of the Dutch King and Queen’s two-day state visit. (Photo credit: JOHN STILLWELL/AFP/Getty Images)

The dinner was being held in honor of King Willem-Alexander and Queen Maxima of the Netherlands during their two-day state visit.