Workers of the bankrupt Mexican oil company Oro Negro reportedly entered into a standoff with Mexican police over the weekend after police helicopters tried to land on the company’s offshore oil rigs, intending to seize them for the company’s creditors, according to The Wall Street Journal.

The workers blocked the helipads on four of five rigs, preventing the helicopters from landing, TheWSJ reports. The choppers carried lawyers for Oro Negro’s creditors and officers of the Mexican federal police trying to enforce a court order to turn over the rigs as collateral to bondholders.

“A criminal judge ordered restitution of the rigs and ordered federal authorities to assist in those orders. It’s that simple,” Paul Leand, a New York investor leading the bondholders’ action against Oro Negro, told TheWSJ. “At the end of the day, we have no interest in holding on to these rigs. What we’re interested in is protecting and securing our collateral.”

The bankrupt company and its bondholders accused Pemex of violating the North American Free Trade Agreement’s (NAFTA) provisions against fraud and discrimination earlier in 2018 by favoring Seamex, a rival oil company contractor.

Oro Negro filed for and received bankruptcy protection in the U.S. in April.

Pemex has contested the charges of fraud and favoritism, despite official contracts that show Seamex received better terms than with Oro Negro, according to TheWSJ. Pemex said the difference in the contracts was due to more expertise and stronger negotiators in Seamex.

The escalation in Oro Negro’s case against Pemex comes as Mexico’s oil giant is struggling to deal with uncertainty surrounding a new administration and increased interference from Mexican cartels stealing fuel.

Mexico’s incoming president, Andres Manuel Lopez Obrador, will enter office in December. Obrador holds left-leaning positions such as universal access to public colleges and an expansion of welfare programs. He also against free-market reforms his predecessor, Enrique Pena Nieto, instituted in the Mexican energy industry. (RELATED: Trump Is Racing To Save US Energy Companies From Mexico’s Incoming Leftist Regime) 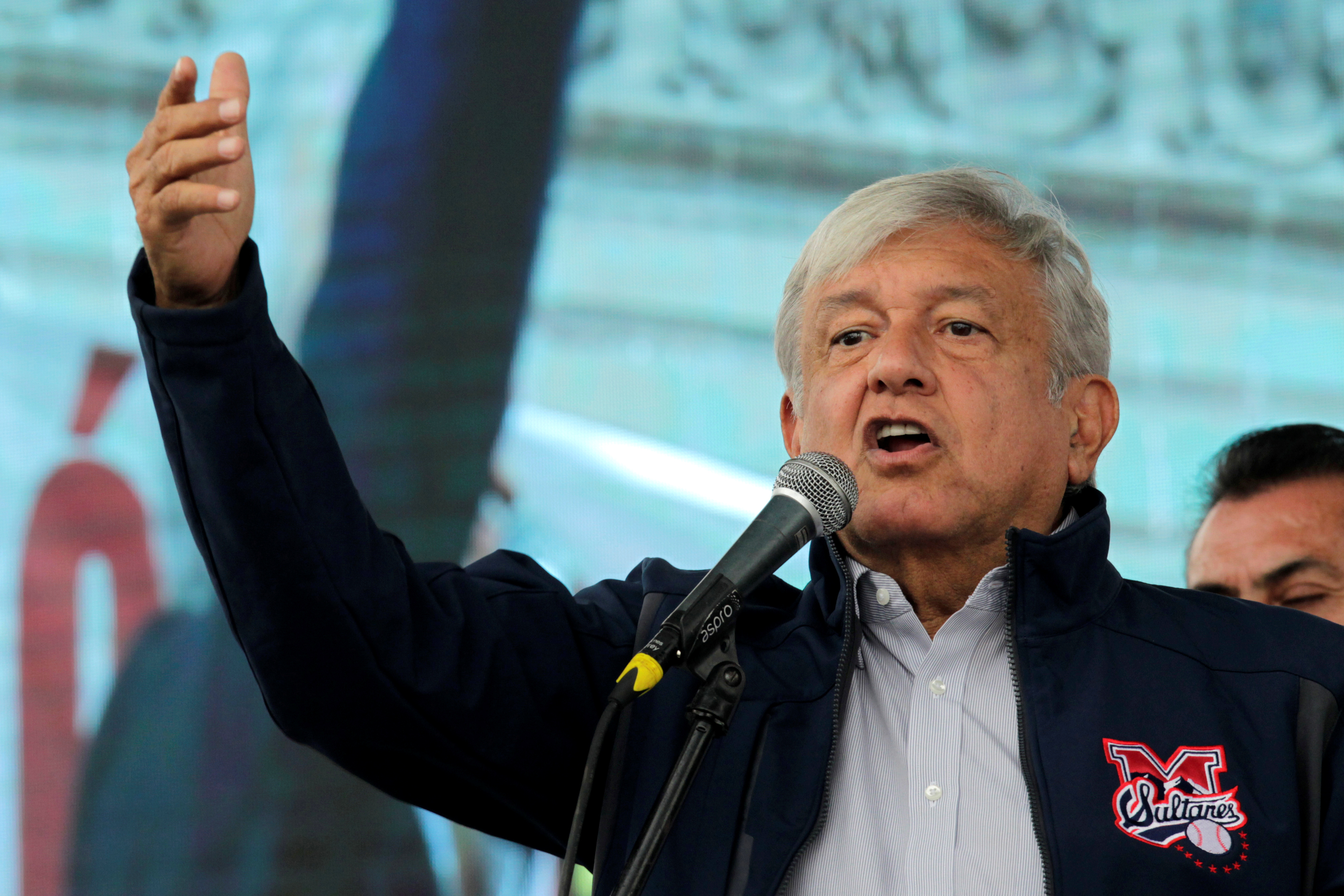 Mexico’s President-elect Andres Manuel Lopez Obrador talks to supporters as he continues with his tour to thank supporters for his victory in the July 1 election in Monterrey, Mexico October 19, 2018. REUTERS/Daniel Becerril

Nieto opened Mexico’s oil and gas industry up to competition from foreign investors in 2013. Obrador campaigned on undoing Nieto’s reforms.

Pemex is also suffering increased interference from gangs siphoning gasoline out of its pipelines to sell on the black market. Cartels stepped up stealing the fuel after the Mexican government cut off the industry from subsidies used to keep the price of fuel down. Cutting the subsidies triggered a jump in the gas price, and illegal taps of Pemex gas lines jumped nearly 70 percent over a year.