The Palestinian Authority and Fatah-Hamas “routinely” detain and torture students and journalists who criticize the authorities on social media, according to a report released Tuesday from Human Rights Watch (HRW).

HRW interviewed 147 people over the course of two years, most of them ex-detainees, to create the report, which accuses both the terrorist organization Hamas and the United Nations-recognized Palestinian Authority (PA) of human rights abuses in torturing dissenters. Despite the PA being framed as a more moderate and legitimate authority, it joined with Hamas in allegedly whipping detainees with cables and hoisting their arms above their backs with rope, among other punishments.

“Palestinian authorities have gained only limited power in the West Bank and Gaza, but yet, where they have autonomy, they have developed parallel police states,” Tom Porteous, deputy program director at Human Rights Watch, told The Associated Press. “Calls by Palestinian officials to safeguard Palestinian rights ring hollow as they crush dissent.” 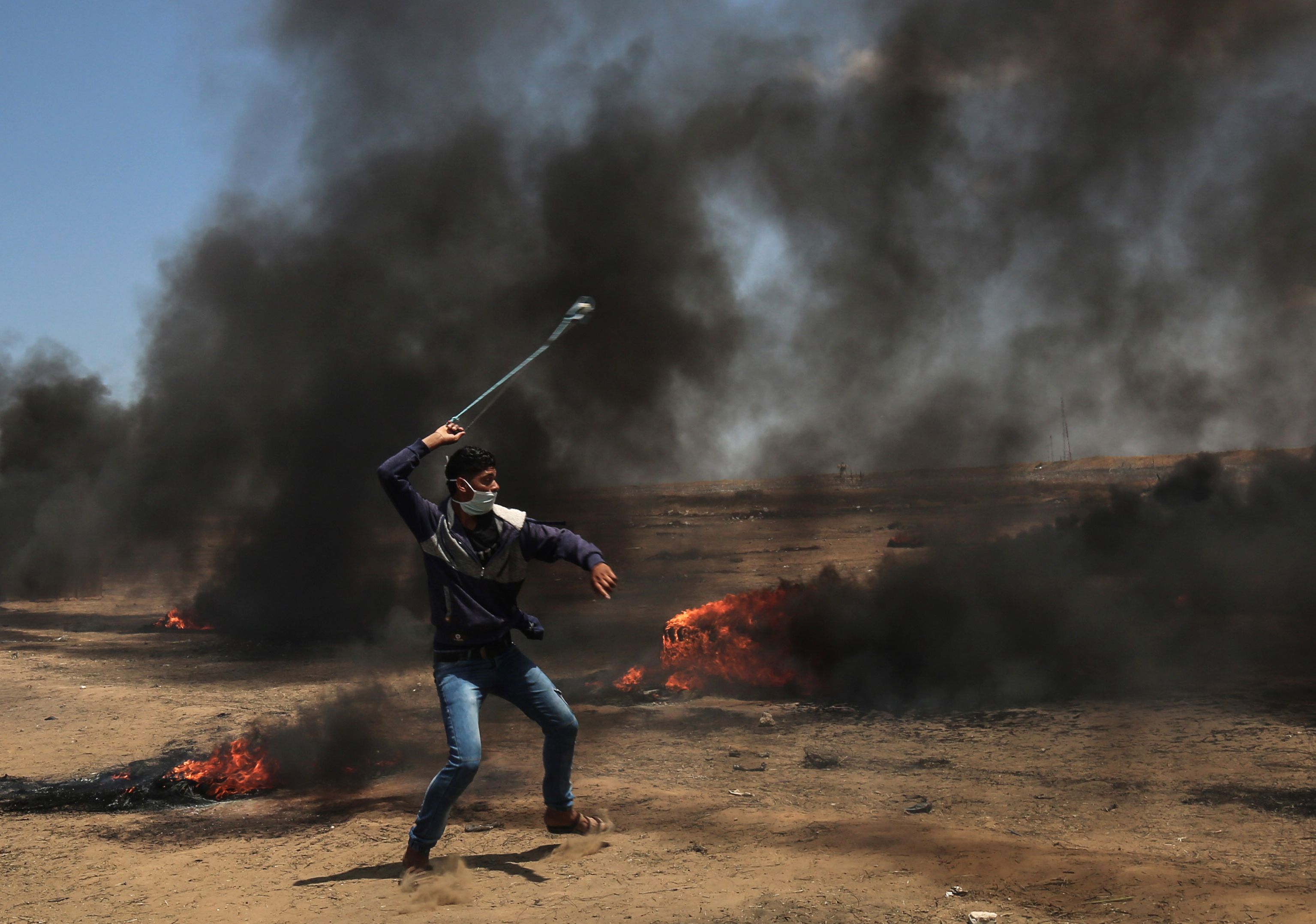 A Palestinian man uses a slingshot during clashes with Israeli forces along the border with the Gaza strip. [Getty]

The PA has detained 220 Palestinians with no charges over their social media posts, in many cases coercing access to the accounts, according to Omar Shakir, HRW’s director for Israel and the Palestinian territories. That total included 65 university students and two journalists, according to The Associated Press. The report also accused Hamas of detaining 45 people over their social media posts.

The United Nations has recognized Palestine as a non-member observer state since 2012, granting de-facto legitimacy to the PA, but according to the report, the organization is in widespread violation of UN bans on torture. HRW alleges the frequency of detentions and nature of the punishments meets the UN’s standard for “systemic torture.” In order to meet this standard, the torture must be “habitual, widespread, and deliberate in at least a considerable part of the territory of the country in question.”

Taghreed Abu Teer, a 47-year-old journalist who recounted her detention to The AP, said Hamas held her in a cell and interrogated her for 11 days, accusing her of collaborating with Israel. While she herself was not beaten or tortured, she said she could hear other detainees screaming and that at one point, one of her captors threatened to beat her with a whip.

For their part, both Hamas and the PA have denied any allegations of torture, claiming to be in compliance with international law. (RELATED: US Suddenly Realized It’s Giving Palestinians Our Money, Stops)

“These testimonies are not accurate,” PA spokesman Adnan Damiri told the AP. “They are testimonies of political activists who belong to political parties with political agendas, and of course they will put any blame they can on the Palestinian Authority.”

The United States has long been hostile to the idea of Palestine as a legitimate state. National Security Adviser John Bolton referred to it as “the so-called state of Palestine” in early October, to the chagrin of some in the media.

More than 17,000 Palestinians clashed with Israeli Defense Forces on the Gaza border in March for roughly a month, throwing rocks and setting tires aflame. Israel also faced criticism for reacting to the Palestinians with lethal force, killing roughly 60, though Hamas later released a statement that 50 of those killed were members of the terror organization.