Today’s Daily Daily Caller Podcast is all about the so-called “caravan” and the lengths to which the media will go portray President Trump’s declaration that he is a “nationalist” as a racist code word.

Listen to the podcast:

Are there ways to stop future “caravans” from marching through Mexico and over the U.S. border? Yes, there are. We discuss them and how to “incentivize” Mexico into securing their southern border. We also ask the all-important question: if these future illegal aliens have so much pride in their countries that they’re marching with their flags on display, why are they fleeing them?

Monday in Texas, Trump proudly declared himself a “nationalist.” The term means that he loves the United States more than other countries, but liberal television news personalities used it as an opportunity to compare him to Hitler and declare him a “white nationalist.” 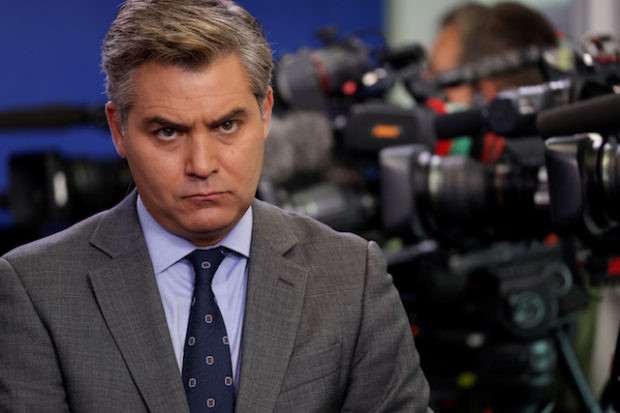 CNN’s Jim Acosta asked the president if he was sending coded messages to white nationalists by using the term, then completely mischaracterized Trump’s response. Then MSNBC’s Nicolle Wallace compared the president to Hitler for using the term. While leftists deliberately distort the meaning of the term nationalist, it’s weird how they ignore the actual truth behind the history of the “progressive movement,” which has racist and genocidal roots. We explain and explore it all.

Then we play audio from then Sen. Barack Obama proclaiming the dangers and problems of illegal immigration and why he was so opposed to the flow of illegal aliens across the border. What a difference a decade makes.

Help spread the word about The Daily Daily Caller Podcast. Rate and review on iTunes, share on social media, and be sure to subscribe so you’re in the know:

Derek Hunter is a columnist and contributing editor for The Daily Caller and author of “Outrage, INC: How the Liberal Mob Ruined Science, Journalism, and Hollywood” from HarperCollins, available now. Pick Up a copy, or several copies, here. Send compliments and complaints to derek@dailycaller.com or follow him on Twitter at @derekahunter.