Chelsea Clinton didn’t rule out running for political office in an interview published Wednesday, and said she’d consider running if a spot opened up where she thinks she’d be a good fit.

“I think if someone were to step down or retire and I thought I could do a good job and it matched my talents, I’d have to think if it’s the right choice for me,” Clinton told The Journal News.

Clinton is vice chair of the Clinton Foundation. Founded by her father, former President Bill Clinton, the foundation “work[s] on issues directly or with strategic partners from the business, government, and nonprofit sectors to create economic opportunity, improve public health, and inspire civic engagement and service,” according to its website. The foundation is also “committed to cultivating a diverse, new generation of leaders.” (RELATED: FBI Takes Aim At The Clinton Foundation)

Chelsea said she doesn’t have current plans to run for office, but that “it is something I think about as I hope every young person thinks about it.” She also said she disagrees “deeply with President Trump on, I think, everything practically.”

“For now, I am really focused on trying to make the change I want to see in the world through my work in the foundation, my writing and my teaching,” she told The Journal News. (RELATED: Chelsea Clinton Says It’s ‘Unchristian’ To End Legal Abortion. Claims She’s Deeply Pious)

Clinton met with leaders at the University of Chicago to discuss the status of women and gender over the weekend as part of a Clinton Global Initiative University project.

It was a privilege – and a lot of fun! – to meet so many inspiring young leaders at @CGIU this weekend, including @JacobTobia who’s working to change how we think and talk about gender #CGIU2018 pic.twitter.com/6CJ3KPN5x6

Had such a great time closing out #CGIU2018 with my parents tonight. Watch our conversation and stay tuned for more from our Day of Action tomorrow:  https://t.co/zMELV3DM3P pic.twitter.com/Hwvc5ypF8q

There has been speculation over Hillary potentially considering another presidential run for 2020, but her daughter said she didn’t know of such discussions. 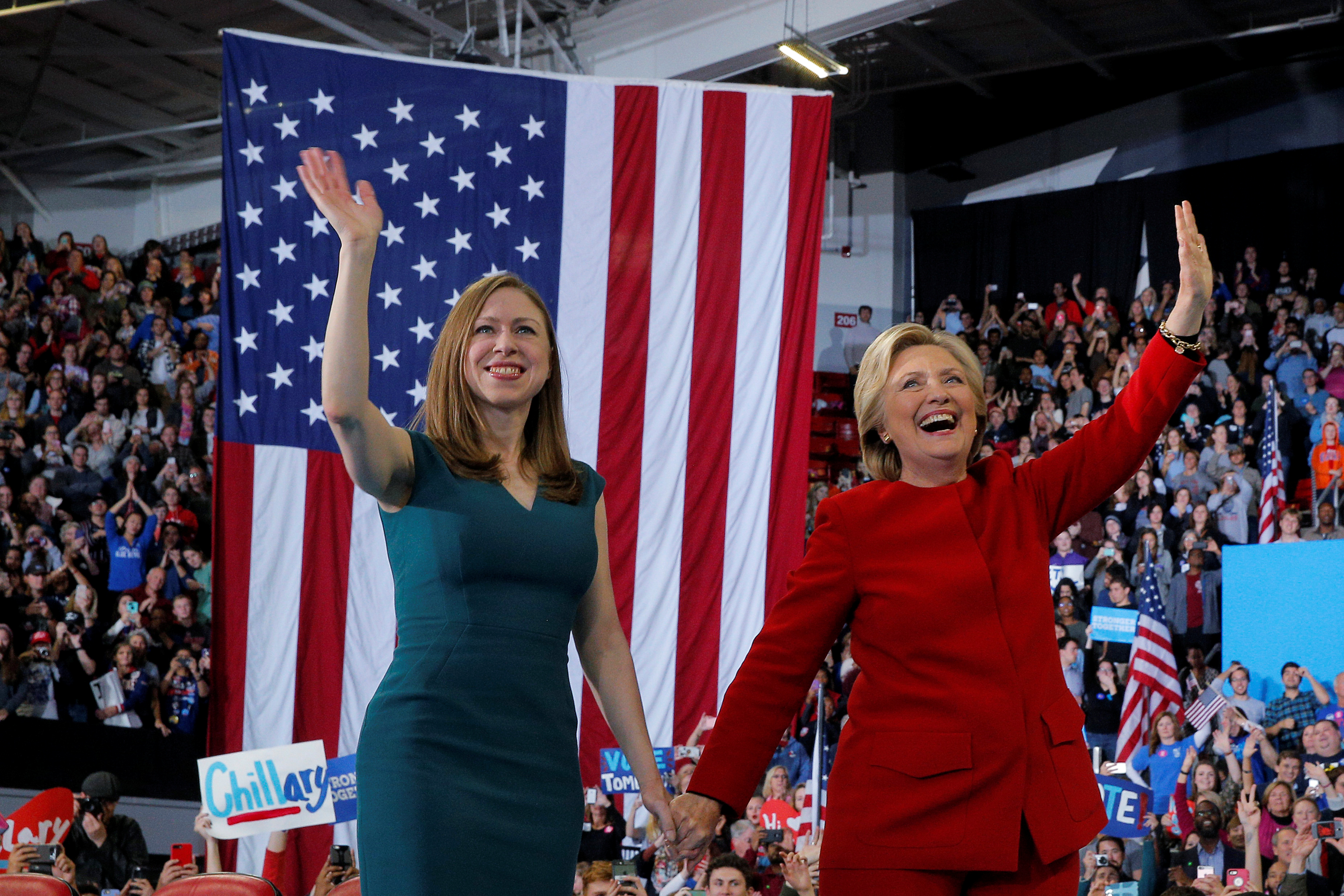 “I support my mom in whatever she wants to do, but she’s never once mentioned that [a presidential run] to me,” Clinton said of her mother.

Clinton recently authored and published “Start Now! You Can Make a Difference,” which seeks to educate kids about climate change, hunger, endangered animals, bullying and health among other issues.