Speaking at the U.S. Court of Appeals for the D.C. Circuit, the justice urged lawmakers to “reach across the aisle” and restore collegiality to a process riven with brinkmanship.

“What a difference in time that was from what we are witnessing today,” she said in reference to her own glide-path confirmation, elsewhere adding that the “obvious culprit is Congress,” according to The Washington Post.

The justice has made comments to this effect in other recent public appearances. Speaking on Sept. 12 at The George Washington University Law School, Ginsburg was similarly nostalgic in recalling her own confirmation.

“I wish I could wave a magic wand and have it go back to the way it was,” she added. (RELATED: Ginsburg And Gorsuch Are Trolling Each Other In An Epic Way)

When discussing her confirmation process, Ginsburg often notes she commanded support from even from conservative Republicans like GOP Sen. Orrin Hatch of Utah. She was confirmed 96-3. Other of her colleagues, like Justice Stephen Breyer and the late Justice Antonin Scalia, were confirmed to the Supreme Court by an overwhelming margin. 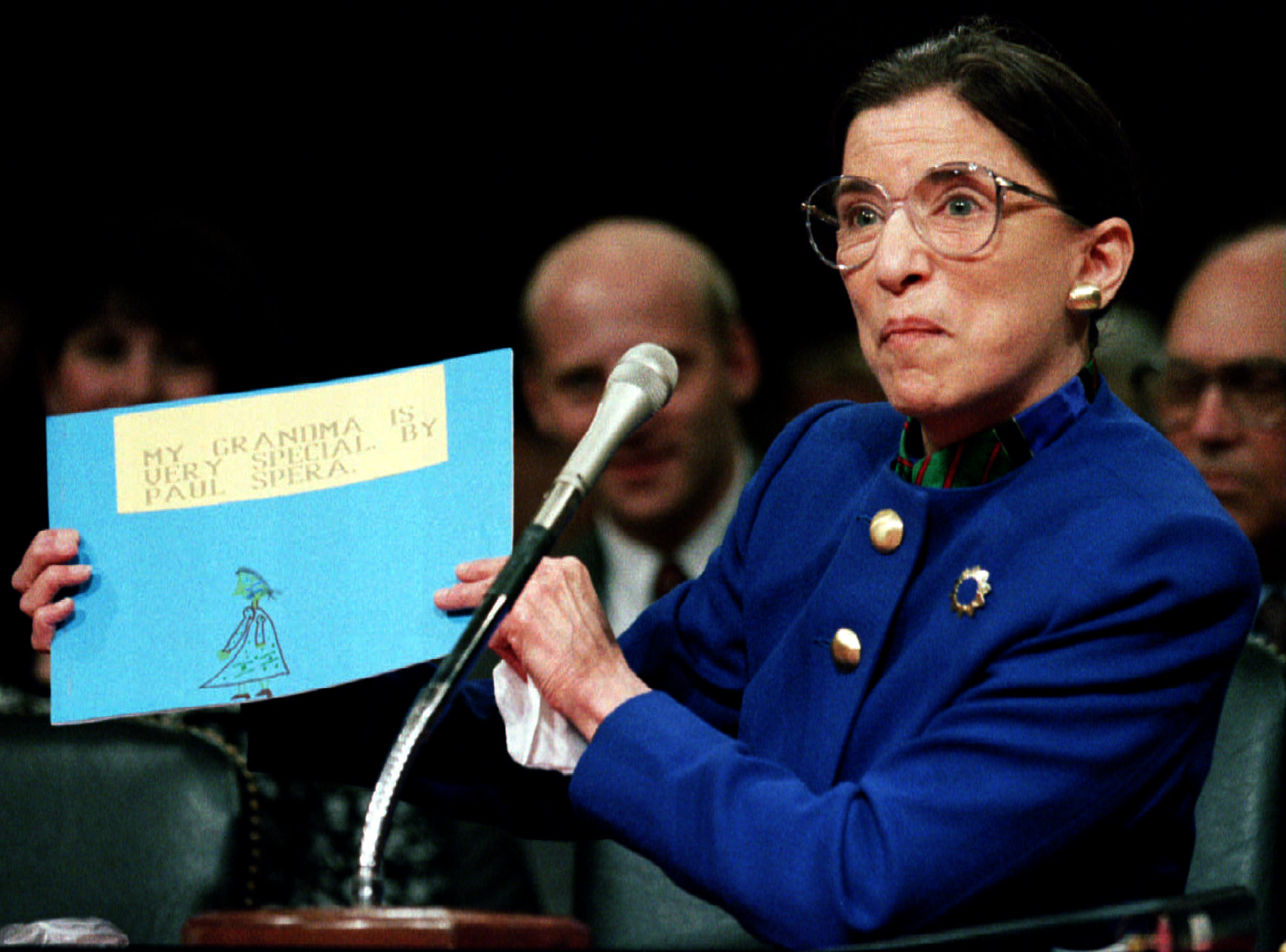 Justice Ruth Bader Ginsburg displays a drawing by her grandson at her 1993 confirmation hearings. (Reuters)

In that vein, she praised her former colleague Justice Sandra Day O’Connor’s collaborative, compromising approach to judicial decision-making. O’Connor, a moderate conservative, never embraced the interpretive theories of other Republican appointees on the Court, often preferring to resolve cases on narrow, pragmatic grounds.

O’Connor announced her withdrawal from public life Tuesday due to a dementia diagnosis. Her open letter to the American people was widely praised for its candor, and accompanying comments from the justices praised her commitment to “common sense” and “true wisdom.”

Ginsburg did not reference the recent confirmation of her new colleague Justice Brett Kavanaugh, an intensely acrimonious process that ended with a suspenseful 50-48 vote.