McCaskill, who is in a tight race against Republican state Attorney General Josh Hawley, released a radio ad that has run throughout the week. In the ad, two men explain why they are going to vote for the incumbent Democratic senator over Hawley, saying that he spends too much time at the gym and buys too much wine “during work hours,” The Washington Free Beacon reported.

“Claire’s not one of those crazy Democrats. She works right in the middle and finds compromise,” one man says in the ad.

“I don’t always agree with Claire McCaskill. But she works hard, fighting against those tariffs, doing all those town halls,” the other man continues. “Claire’s not afraid to stand up against her own party.”

President Donald Trump won Missouri by nearly 19 points in the 2016 presidential election, and has campaigned for Hawley in the state. Hawley and Trump both criticized McCaskill for opposing Supreme Court Justice Brett Kavanaugh during his confirmation process amid unproven allegations of sexual assault. (RELATED: Claire McCaskill’s Husband Accused Of Hitting, Tripping, Peeing On Ex-Wife) 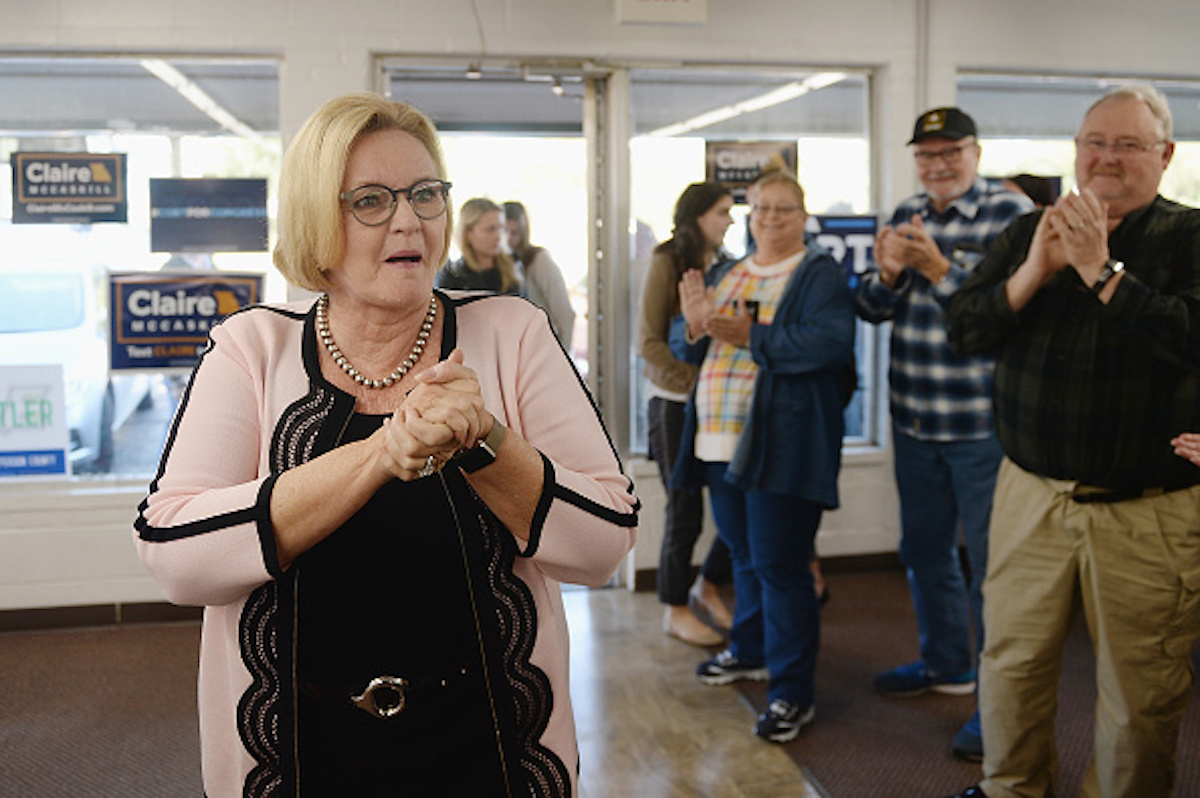 As of Friday, Real Clear Politics has the race listed as a “toss-up,” with Hawley leading by .02 percent.