The company is coming under fire in the wake of the report because the series of events its Thursday report described occurred three weeks ago, before the Senate voted on whether to confirm Kavanaugh. The conservative jurist was confirmed by a narrow 50-48 margin on Oct. 6.

NBC revealed that a woman who Avenatti claimed would support Swetnick’s allegations of sexual misconduct against Kavanaugh in the early 1980s had retracted her statement. The woman also told NBC that Avenatti, a potential 2020 presidential candidate, had “twisted” her words. (RELATED: Avenatti Accused Of ‘Twisting’ Words Of Kavanaugh ‘Witness’)

Some NBC reporters suggested that Avenatti and Swetnick misled the network.

Was this an intentional attempt to mislead our reporters? Evidence points that way… https://t.co/MOxE8WiGK4

NBC only revealed the details after Senate Judiciary Committee Chairman Chuck Grassley referred Avenatti and Swetnick to the Department of Justice for investigation into whether they made false statements to Congress.

Grassley noted numerous discrepancies in Swetnick’s claims about Kavanaugh. In a declaration submitted under oath on Sept. 26 through Avenatti, Swetnick claimed that in the 1980s, she saw Kavanaugh and a friend spike drinks at parties in order to force girls “to become inebriated and disoriented so they could then be ‘gang raped’ in a side room or bedroom by a ‘train’ of boys.” (RELATED: Kavanaugh Accuser’s Story Is Full Of Holes)

Swetnick also claimed she saw Kavanaugh at one party waiting in line outside of a room where one girl was being gang-raped.

Kavanaugh vehemently denied the allegations, as well as those from two other women who accused him of sexual misconduct in high school and college.

While Kavanuagh called Swetnick’s allegations a “farce,” she and Avenatti claimed to have several witnesses who could back up her story. And ahead of an interview with NBC, Avenatti put the network in touch with a second woman who claimed to vouch for Swetnick.

But during that interview, the woman undercut Swetnick’s claims.

Snow interviewed Swetnick the following day. In her report, she challenged Swetnick and noted several discrepancies in her story. But Snow also withheld other information, including that Avenatti provided access to a witness who ended up not supporting Swetnick’s allegations. 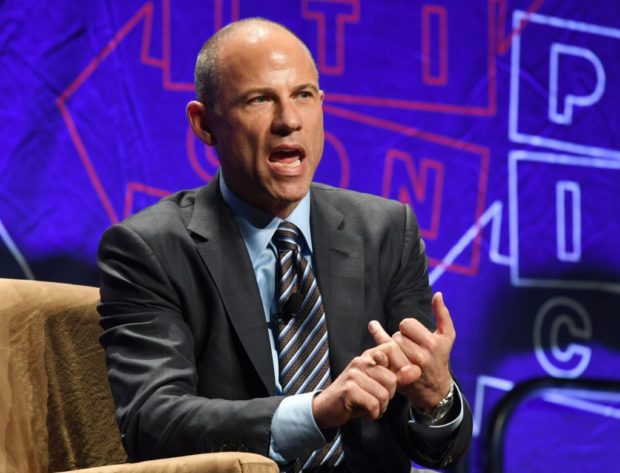 “What we want to do here is lay out all that she said, her story, our reporting. We want to be very transparent because these are very serious allegations,” Snow said in a segment introducing her interview.

“NBC News, for the record, has not been able to independently verify her claims. There are things that she told us on camera that differ from her written statement last week. We’ve been trying independently to reach out to anyone who remembers attending parties with Julie Swetnick and Brett Kavanaugh. We’ve been asking her attorney for names. So far we’ve not found anyone who remembers that.”

Avenatti released a sworn declaration from the woman the following day.

“During the years 1981-82, I witnessed firsthand Brett Kavanaugh, together with others, ‘spike’ the ‘punch’ at house parties I attended with Quaaludes and/or grain alcohol. I understood this was being done for the purpose of making girls more likely to engage in sexual acts and less likely to say ‘No,'” read the declaration.

Avenatti told NBC the woman who submitted the declaration was the same one he had put on the phone several days earlier. But when asked about the discrepancies in her statements, Avenatti himself backtracked and told the NBC reporter that it was not the same woman.

Reached by NBC, the woman said she had only skimmed the declaration submitted by Avenatti. She also reiterated that she never saw Kavanaugh mistreat women or spike drinks.

“It is incorrect that I saw Brett spike the punch. I didn’t see anyone spike the punch … I was very clear with Michael Avenatti from day one,” she told NBC on Oct. 4.

She also said that she knew of Kavanaugh during high school but only met Swetnick when they were in their 30s.

On Oct. 5, the woman told NBC News that she would no longer be communicating with Avenatti.

“I will definitely talk to you again and no longer Avenatti. I do not like that he twisted my words,” she said.

Snow and NBC did not respond to requests for comment about why they withheld the story for so long.

As for Avenatti, he has remained defiant in the wake of the latest NBC report.

“Chuck – why do you continue to attack accusers?” he asked on Twitter in response to Chuck Todd’s post.

“You would think that after what just happened to your colleague, you would stop protecting abusers. You are an example of why women don’t come forward – because men like you attack and shame them. Pls learn about sexual abuse.”

Chuck – why do you continue to attack accusers? You would think that after what just happened to your colleague, you would stop protecting abusers. You are an example of why women don’t come forward – because men like you attack and shame them. Pls learn about sexual abuse.