A gangster turned born-again Christian said a mistake by the Bureau of Prisons (BOP) likely led to the death of James “Whitey” Bulger.

Bulger, 89, died in federal prison in West Virginia on October 30, 2018; the New York Times is reporting the death was mob-related and Bulger was beaten until he was unrecognizable.

Michael Franzese is a former Capo in the Colombo crime family, who was once “considered the biggest moneymaker in the mob since Al Capone.” He served nearly a decade in the same U.S. prison system, which housed Bulger.

“Apparently, Whitey Bulger’s murder was mob-related. Surprised the feds put him in general population in max security prison. Guys doing life have nothing to lose. And they don’t like informants or guys that abuse women … His murder — no surprise!” Franzese tweeted on October 31.

Apparently, Whitey Bulger’s murder was mob related. Surprised the feds put him in general population in max security prison. Guys doing life have nothing to lose. And they don’t like informants or guys that abuse women… His murder – no surprise!

Franzese told The Daily Caller that a mistake is likely the reason the mobster got killed.
“Probably just a mistake by BOP. I’m sure Bulger had ‘separations’ in his file. People he was not to be placed in population with.  That’s how it works. Sometimes BOP screws up.”

Franzese said he witnessed first-hand such a mistake by BOP. During his federal sentence, he ran across Henry Hill, the gangster made famous after Ray Liotta portrayed him in Goodfellas. Franzese ran into Hill at the Terminal Island Federal Prison in Los Angeles, California, after the events in the film ended — after Hill had been thrown out of Witness Protection — when Hill landed back in jail.

Considered a rat, Hill should have been separated from Franzese. “Henry ran to the lieutenant when our eyes met near the cafeteria. He was scared I would possibly hurt
him. I didn’t tell any of the other mob guys in TI at the time. A few hours after we saw one another, the lieutenant called me to the office. Said the BOP put Henry there ‘by mistake,’ and that I was on his separation list,” Franzese told TheDC. By being on the separation list the two “cannot be in the same institution. With Henry, he was a marked man. A snitch. Had to be kept away from mob guys like me.”

Who is Michael Franzese?

Franzese is the son of John “Sonny” Franzese, who at 101, is the oldest living mafioso and has spent approximately half his life incarcerated. Michael followed his father into organized crime in the early 1970s, quickly rising the ranks, making enormous amounts of money from such rackets as a gas bootlegging scheme, where he pocketed rather
than pay the gas tax from hundreds of gasoline stations.

After beating several indictments, Franzese finally pled guilty in 1986 to racketeering charges. While in prison, he had an epiphany.

“Jesus was/is the reason for my transformation.” Franzese told TheDC. “To follow Jesus, I needed to separate His deity from His manhood to see what kind of MAN, Jesus of Nazareth was. My study of the New Testament convinced me Jesus was the only true man’s man that ever walked the earth. Perfect in every way. Jesus appealed first to my intellect, then to my heart. Over the past 25 years, he proved through my own life and that of others.”

In the early 1990s, Franzese left the life without going into witness protection, publishing the book: “Quitting the Mob: How the ‘Yuppie Don’ Left the Mafia and Lived to Tell His Story.”

Remarkably, Franzese left prison and became a born-again Christian; he’s a motivational speaker, who started a ministry. Of his two lives, Franzese said in an email: “I was driven to earn money and be the best possible mob guy I could be. I had a jet plane, a helicopter, homes in different states, dozens of men under me and millions of dollars. I also beat the government several times. The rush was succeeding in the life. Ministry is different. It is extremely satisfying to know that I am fulfilling God’s purpose in my life. So encouraged to see the impact my life’s testimony has on people. It provides HOPE and encouragement
to those in need. Extremely rewarding. It drives me, for sure, knowing lives might be saved on earth and souls bound for heaven because of my testimony.”

Franzese on the FBI, Bulger, Gotti and Gravano.

While he’s left his old life behind, Franzese still doesn’t like informants. “We always had a choice,” Franzese said of gangsters who flip. He has no use for Bulger or Sammy “the Bull” Gravano.

Franzese said he’s still flabbergasted the Federal Government forgave Gravano’s nineteen murders, in exchange for his testimony against John Gotti. “How about the government giving Sammy a pass on 19 murders? How the heck can that be justified? Nineteen murders!!  Because John thumbed his nose in the government’s face,” Franzese said. “John Gotti was
far less a threat to the public then Sammy was. Trust me.”

Though his plea deal mandated he admit to nineteen murders, Gravano only received five years in prison, in exchange for his testimony against Gotti. Gravano subsequently served another fifteen years for distributing ecstasy after being released.

Bulger, like Gravano, used his relationship with the FBI to get away with murder. Bulger became an informant for the FBI in the 1970s, promising the FBI information on their mandated target: the Italian mafia.

“[The FBI] going to take down the mafia the way they took down the Communist Party,” said Boston journalist Howie Carr, on the History Channel show Kingpin about Bulger. “So, as long as you are not in the Mafia, they’re willing to cut a deal with you.”

Carr wrote a book about Bulger and his equally powerful politician brother Billy.
Bulger headed a rival Irish gang to the Italian Mafia called Winter Hill; he flipped his relationship with the FBI, corrupting his handler, John Connolly, who protected Bulger, even as he committed murder. 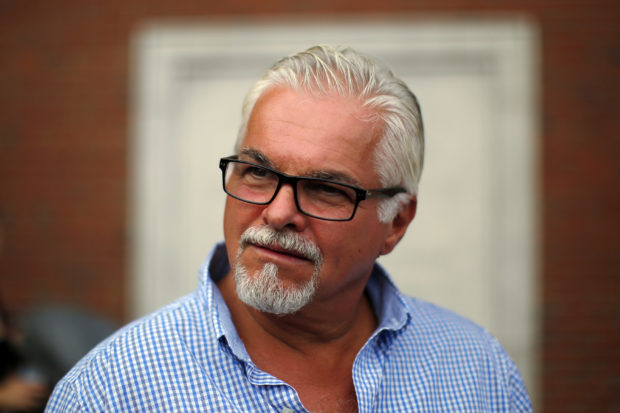 Bulger’s life of crime not only includes the murders of other gangsters but also:

Bulger went on the lam in December 1994 only after Connolly tipped him off to a major indictment against him. Connolly was initially convicted of racketeering in 2002; he was then convicted of second-degree murder in 2008, for tipping Bulger off that Callahan wanted to become an FBI informant, giving them information on Bulger’s role in Wheeler’s murder. 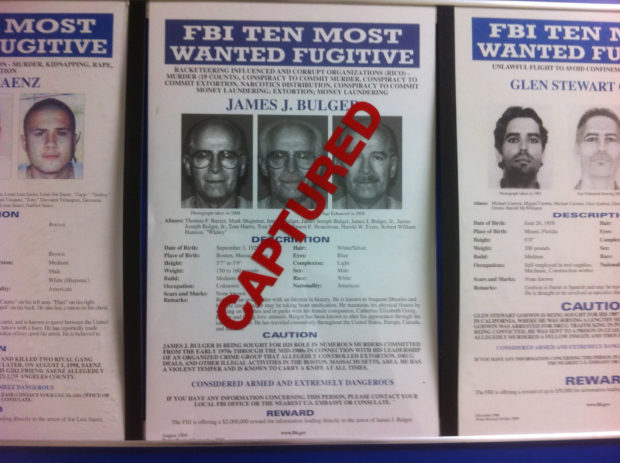 A most wanted poster for FBI Most Wanted fugitive and accused Boston crime boss James “Whitey” Bulger, is seen marked “CAPTURED” on a wall with other fugitive wanted posters at FBI headquarters in Washington, June 23, 2011. REUTERS/FBI/Handout

When Bulger was finally convicted in 2013, that conviction included nineteen murders.
Franzese said based on his experience the FBI needs reform.

“My experience with both [the FBI and U.S. Attorneys] spans a lifetime between my father and myself,” Franzese said. “But with some people in the feds, not all but some, it’s what have you done for me lately. When they are done with you??? They will never admit to that.”

He continued: “The government’s use of informants in mob cases is seriously flawed in my experience.”

The FBI did not respond to an email for comment.

The BOP directed TheDC to its only statement regarding Bulger’s death from October 30, 2018. “Bruceton Mills, WV: On Tuesday, October 30, 2018, at approximately 8:20 a.m., inmate James Bulger was found unresponsive at the United States Penitentiary (USP) Hazelton, in Bruceton Mills, West Virginia. Life-saving measures were initiated immediately by responding staff. Mr. Bulger was subsequently pronounced dead by the Preston County Medical Examiner. The FBI was notified, and an investigation has been initiated. No staff or other inmates were injured, and at no time was the public in danger.”