A video released on Facebook shows some in a new migrant caravan hurling rocks at a Mexican helicopter at the Guatemala-Mexico border Sunday.

Reuters reports that migrants clashed with police when a group breached a gate, and that one person was killed. Guatemalan officials said the migrants threw rocks and glass bottles at police officers.

The video from Sunday, by Facebook user Chuy Saldana, shows young men throwing rocks at the helicopter circling above. One of the migrants also seemed to be carrying what appeared to be an unlit Molotov cocktail on the bridge that connects Mexico and Guatemala. 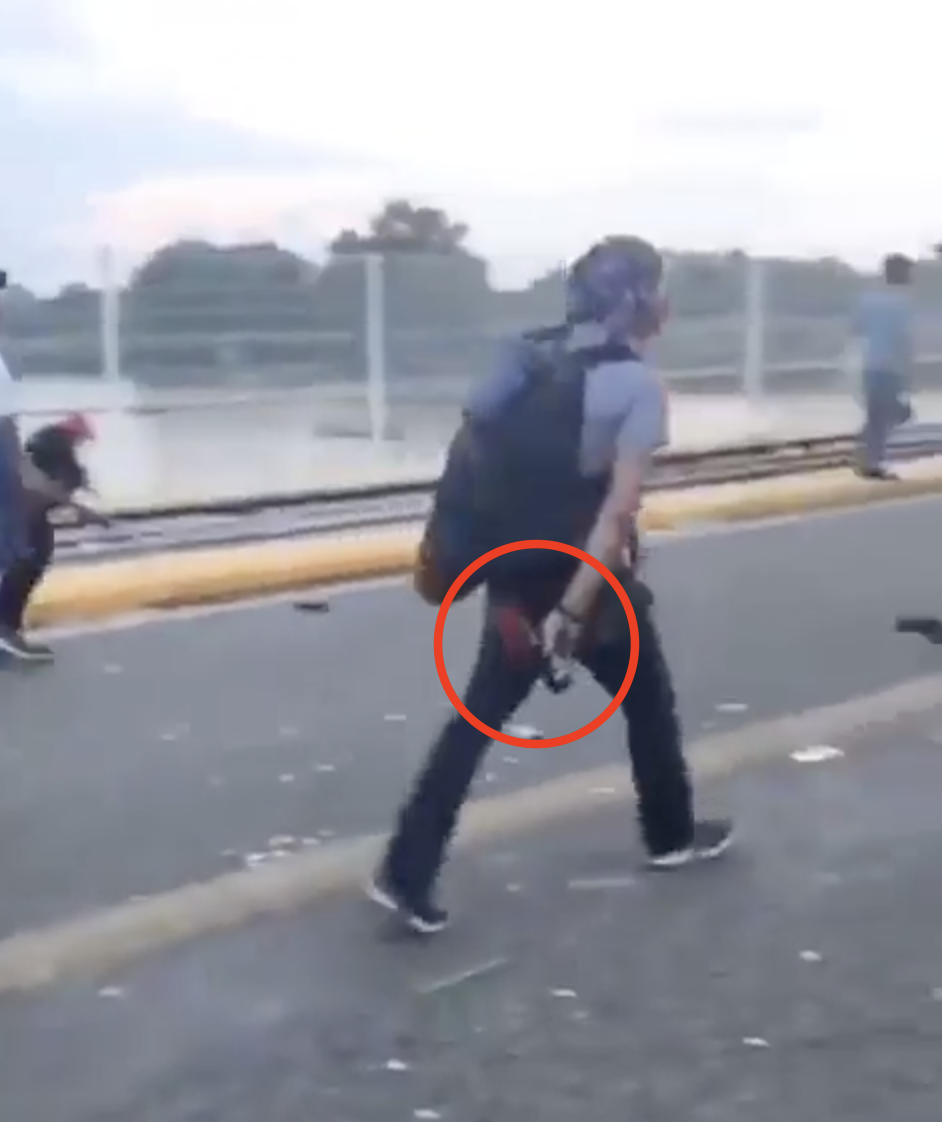 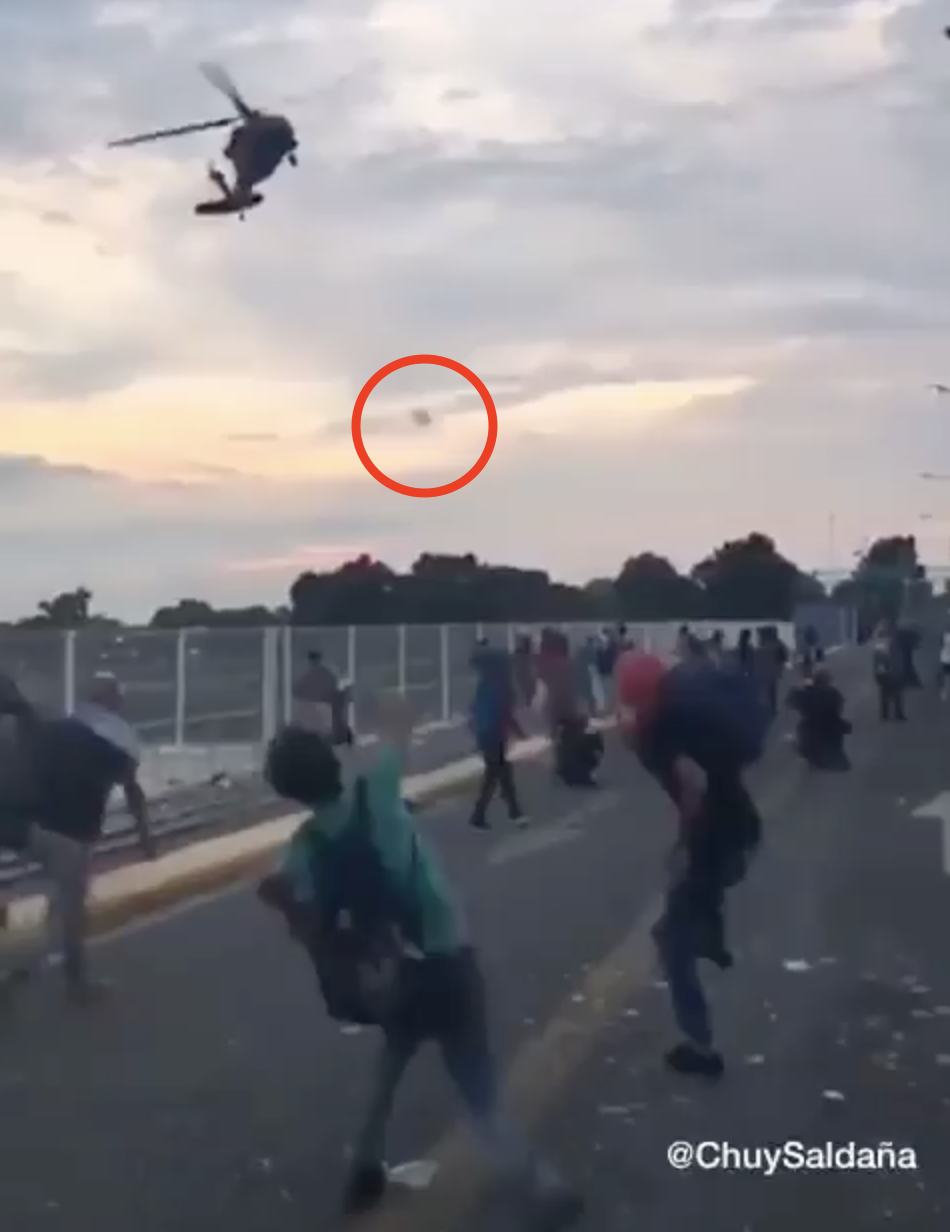 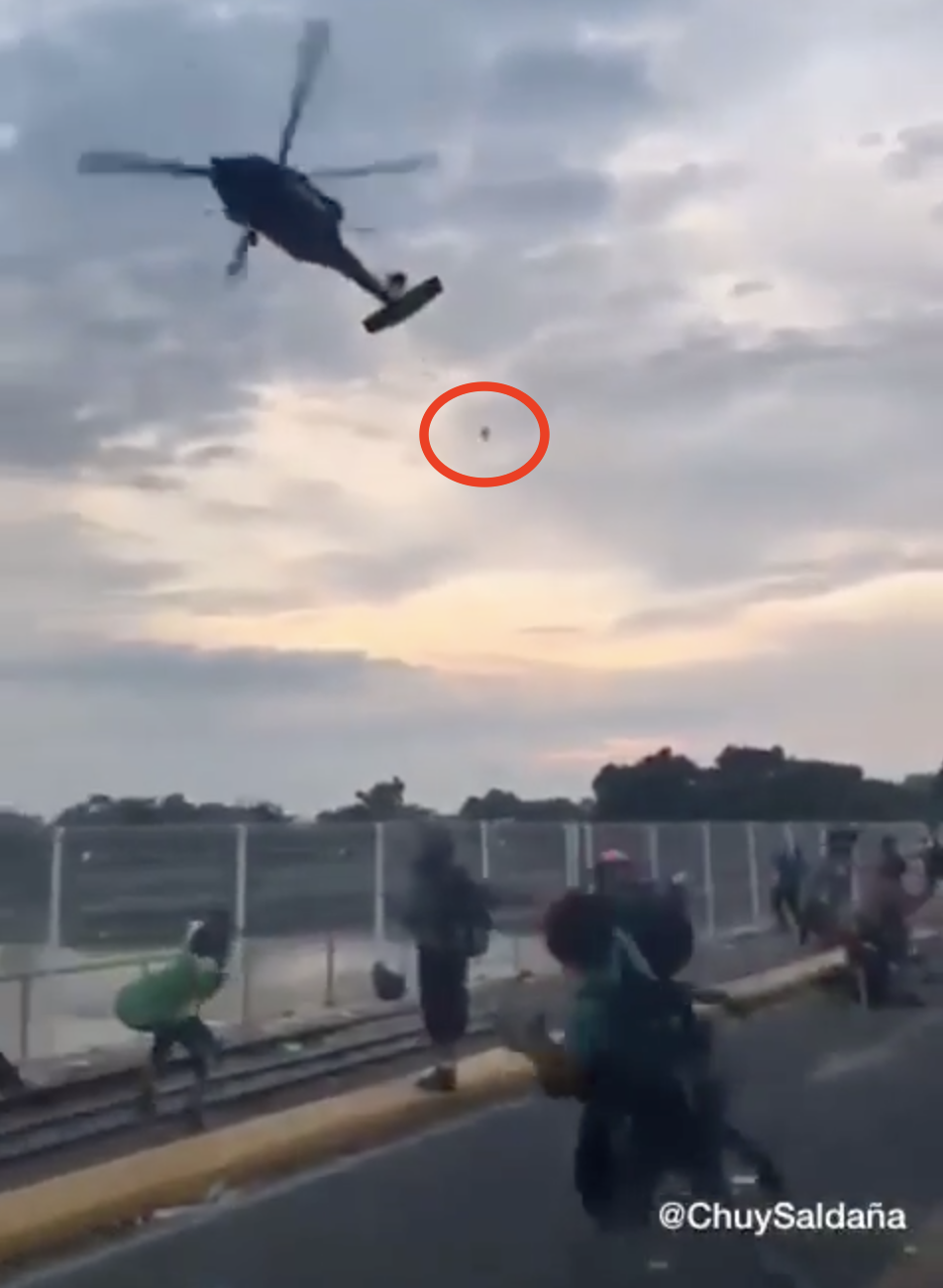 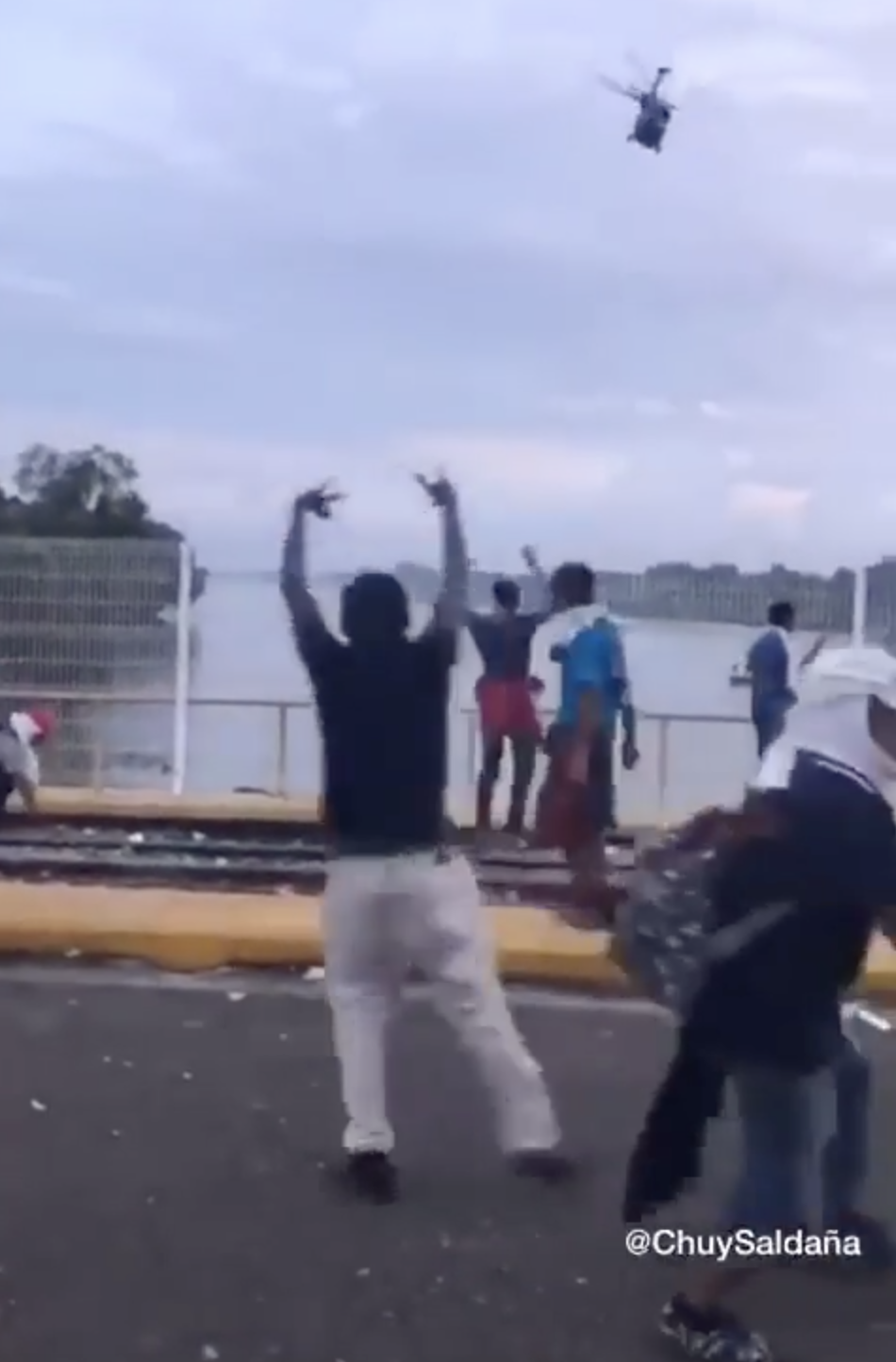 The Daily Caller reached out to Saldana for comment on the video. Saldana told The Caller, “It was recorded on Sunday, October 28, as at 5:30 in the afternoon. This was on the border of Mexico and Guatemala I recorded that piece of video in a live broadcast.”

The group behaving violently were part of 300 Salvadorans who left the nation’s capital of San Salvador on Sunday, according to Reuters. The report details how law enforcement is struggling to deal with the new group.

A third group broke through a gate at the Guatemala border with Mexico in Tecun Uman on Sunday, and clashed with police. Local first responders said that security forces used rubber bullets against the migrants, and that one person, Honduran Henry Adalid, 26, was killed.

Six police officers were injured, said Beatriz Marroquin, the director of health for the Retalhuleu region.

Mexico’s Interior Minister Alfonso Navarrete told reporters on Sunday evening that federal police did not have any weapons, even to fire plastic bullets.

He said that some of the migrants had guns while others had Molotov cocktails, and this information had been passed on to other Central American governments.

Guatemala’s government said in a statement that it regrets that the migrants didn’t take the opportunity of dialogue and instead threw stones and glass bottles at police.

Thousands more Central American migrants are ahead of this group in another caravan that is currently traveling through Mexico on the way to the U.S. border.

Fox News reporter Griff Jenkins reported Tuesday that the caravan was being chartered to the U.S. border by tour buses. (RELATED: New Images Show Exactly How Massive The Migrant Caravan Is)

“We’ve seen the 5,000-strong caravan walking to the border, but now they’re waiting for a ride to the border,” he said. “This is the first time I have seen an organized bus operation from the state of Oaxaca actually getting volunteer buses to put people … on them and take them to their next location.”

President Donald Trump has made the migrant caravans a key talking point of the 2018 midterm elections. Trump has also dispatched thousands of armed U.S. military members to the southern border that will be authorized to shoot migrants throwing rocks, according to the President’s comments Thursday.