MSNBC reporter Mariana Atencio and her crew blocked two handicap parking spots during a live shot last week, forcing a disabled Air Force veteran to park in a back lot.

James Berrie, an Air Force veteran who is confined to a wheelchair, said he was going to vote early on Tuesday when he noticed an MSNBC crew blocking both handicap parking spots in front of Houston’s Bayland Community Center. 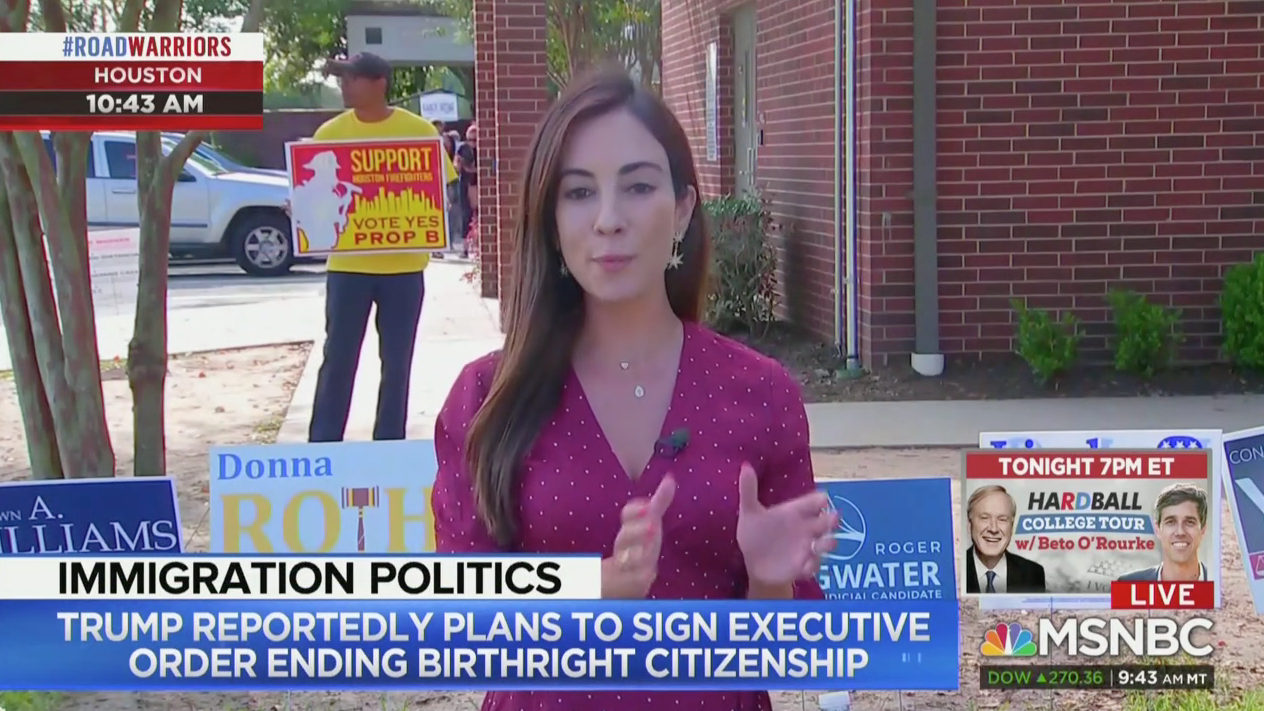 Berrie said on Facebook that he parked in a separate location and told Atencio and her crew to move on his way in to vote. When he exited the community center, however, he discovered that MSNBC was still taking up the spots and seemingly had no intention of vacating. (RELATED: VFW Slams MSNBC Host Who Said He Was ‘Uncomfortable’ Calling Dead Soldiers ‘Heroes’)

“Went to vote, and found this waiting for us,” Berrie wrote, along with a photo of the MSNBC crew. “The only van accessible spot and they’re filming in it. We asked them to move, pointed out how it was wrong, then went to vote, because it takes time to load up. But came out and still there. Not even packing up, still getting ready for their shot.”

Berrie claimed the crew did not move from the handicap spaces until several people interrupted their live shot.

“They claimed they had a live shot, so Sarah walked into the shot. They cut the feed and got pissed. Fortunately, other people joined in, plus firefighters who were there for Prop B,” he said. “We finally left once their van was loaded. But there were plenty of witnesses and pictures/video taken by others.”

Atencio apologized for blocking the handicap spot on Twitter but did not address the claims that her crew did not move until after repeated chiding by Berrie and fellow voters.

“We made the wrong call today by using a disabled parking spot for our live shot in TX. There’s no excuse. I apologize to the two people who were on their way to vote as it’s one of the most important parts of our democracy; we’d never want to jeopardize anyone’s ability to do so,” Atencio wrote.

We made the wrong call today by using a disabled parking spot for our live shot in TX. There’s no excuse. I apologize to the two people who were on their way to vote as it’s one of the most important parts of our democracy; we’d never want to jeopardize anyone’s ability to do so

MSNBC did not respond to a request for comment.