Meg Ryan turned heads Monday night when she made her first public appearance since announcing that she and John Mellencamp were engaged.

The 56-year-old actress looked gorgeous in the long-sleeved sheer black floral dress as she walked the red carpet at the Friar’s Club Honors Billy Crystal event in New York City. But it was the diamond ring on her left hand that stole the show, according to People magazine Tuesday. (RELATED: Meg Ryan’s New Face Surprises Her Fans) 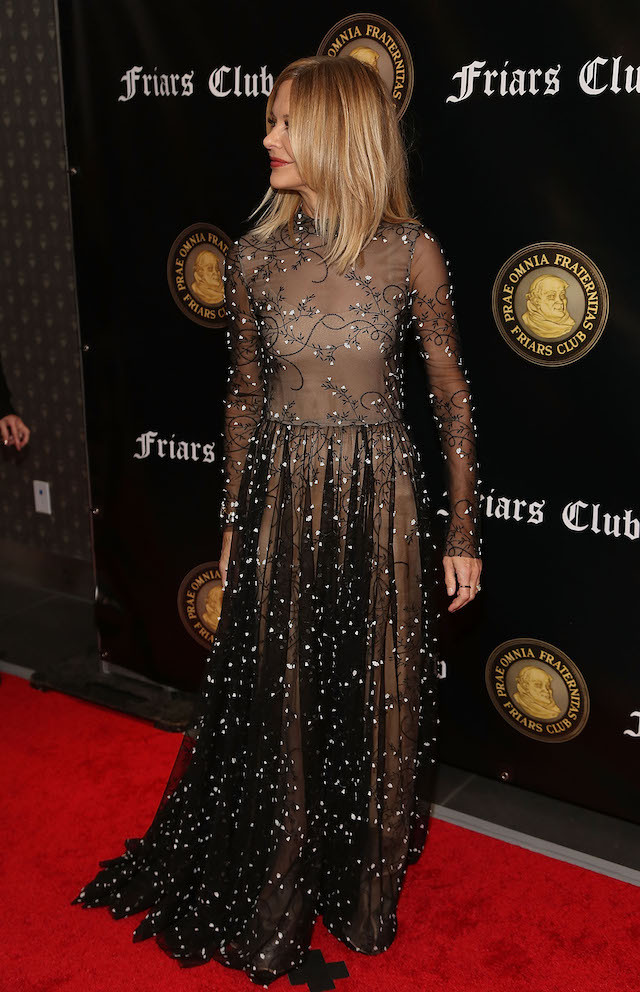 Meg Ryan, 56 steps out with diamond ring on THAT finger https://t.co/YvCpXSbkXr

Last week, the “When Harry Met Sally” star posted a rough drawing on her Instagram showing two people holding hands, one with a guitar. She captioned the post simply, “Engaged.”

The post comes just hours after reports surfaced that the “Sleepless In Seattle” actress might be engaged after she was photographed out and about in New York City sporting a gold band with a diamond on her left hand.

Ryan and the 67-year-old singer have a long dating history. They were first together for three years before splitting up in 2014 over what sources claimed at the time was due to their “distance” from each other.

Ryan and the “Jack And Diane” hitmaker then rekindle the flame in May of 2017 with insiders sharing that “they have a bond.”

Despite those details, the couple has largely kept their relationship under wraps with their most public outing happening last December being the time they were spotted at a New York Knicks basketball game.