Facebook founder Mark Zuckerberg reportedly directed his managing staff to use only Android phones after becoming “infuriated” at comments by Apple CEO Tim Cook, according to The New York Times.

Facebook, however, said it’s encouraged staff to use Androids for a long time.

” … we’re not going to traffic in your personal life. I think it’s an invasion of privacy. I think it’s — privacy to us is a human right. It’s a civil liberty, and in something that is unique to America, you know, this is like freedom of speech and freedom of the press and privacy is right up there for us,” Cook said during an MSNBC interview released in April.

The report from The Times mentions Zuckerberg was “infuriated” after Cook’s comments.

“We’re not going to traffic in your personal life,” Tim Cook, Apple’s chief executive, said in an MSNBC interview. “Privacy to us is a human right. It’s a civil liberty.” (Mr. Cook’s criticisms infuriated Mr. Zuckerberg, who later ordered his management team to use only Android phones — arguing that the operating system had far more users than Apple’s.)

Cook also denounced advertising-centered profit models and public security concerns during an interview with Vice News in October that took place after Facebook’s Sept. 28 announcement that the largest breach in its history had occurred, exposing the private data of 50 million users. The number was later dropped down to 30 million users.

“The narrative that some companies will try to get you to believe is, ‘I’ve got to take all of your data to make my service better.’ Well, don’t believe that. Whoever’s telling you that — it’s a bunch of bunk,” Cook told Vice. (RELATED: Apple CEO: Don’t Trust Companies That Say They Need Your Data)

“We’re not in the business of building the detailed profile of you. The way we go into product design, we challenge ourselves to collect as little as possible. And when we have it, we challenge ourselves to encrypt it in the end,” Cook said. “I see privacy as central to liberty. I don’t want to see it slip away. Because it’s like a part of us slipping away. I mean when I say ‘us,’ I don’t mean us Apple; I mean us as Americans.” 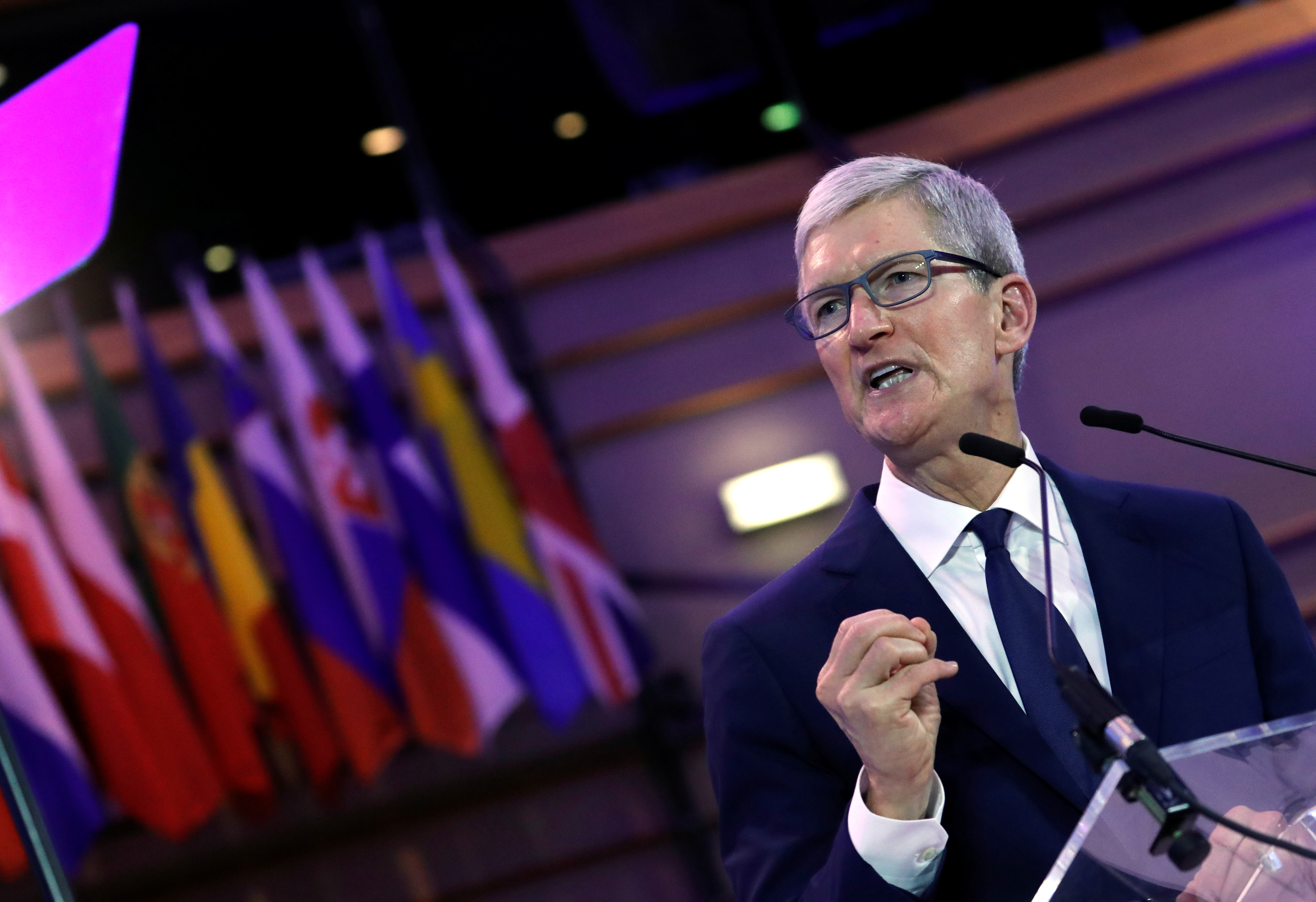 Facebook addressed what it called “a number of inaccuracies” in The Times’ story in a blog post Thursday.

“We’ve long encouraged our employees and executives to use Android because it is the most popular operating system in the world,” the post said.

“Tim Cook has consistently criticized our business model and Mark has been equally clear he disagrees.”