The trial of Joaquin Guzman Loera — better known as “El Chapo,” a drug lord infamous for escaping a Mexican prison via tunnel in 2015 — kicked off Tuesday in New York City and is expected to last four months.

It’s been full of crazy details.

Guzman, 61, faces a 17-count indictment on charges including drug trafficking and murder conspiracy that could land him behind bars for life if he’s convicted of each one.

Although the U.S. Treasury Department has called him the most “powerful drug trafficker in the world” for his role in distributing cocaine, marijuana, heroin, methamphetamine and more, Guzman’s defense team has painted him as a pawn whose power in the Mexican Sinaloa Cartel has been exaggerated, reported The New York Times.

Federal prosecutors argue their evidence hasn’t been exaggerated. Guzman is accused of trafficking over 440,000 pounds of cocaine, is the subject of 100,000 audio recordings the feds plan to use against him and might have $14 billion in assets seized by U.S. officials, reported NBC News. (RELATED: El Chapo Makes A Strange Request For The Judge Ahead Of Trial) 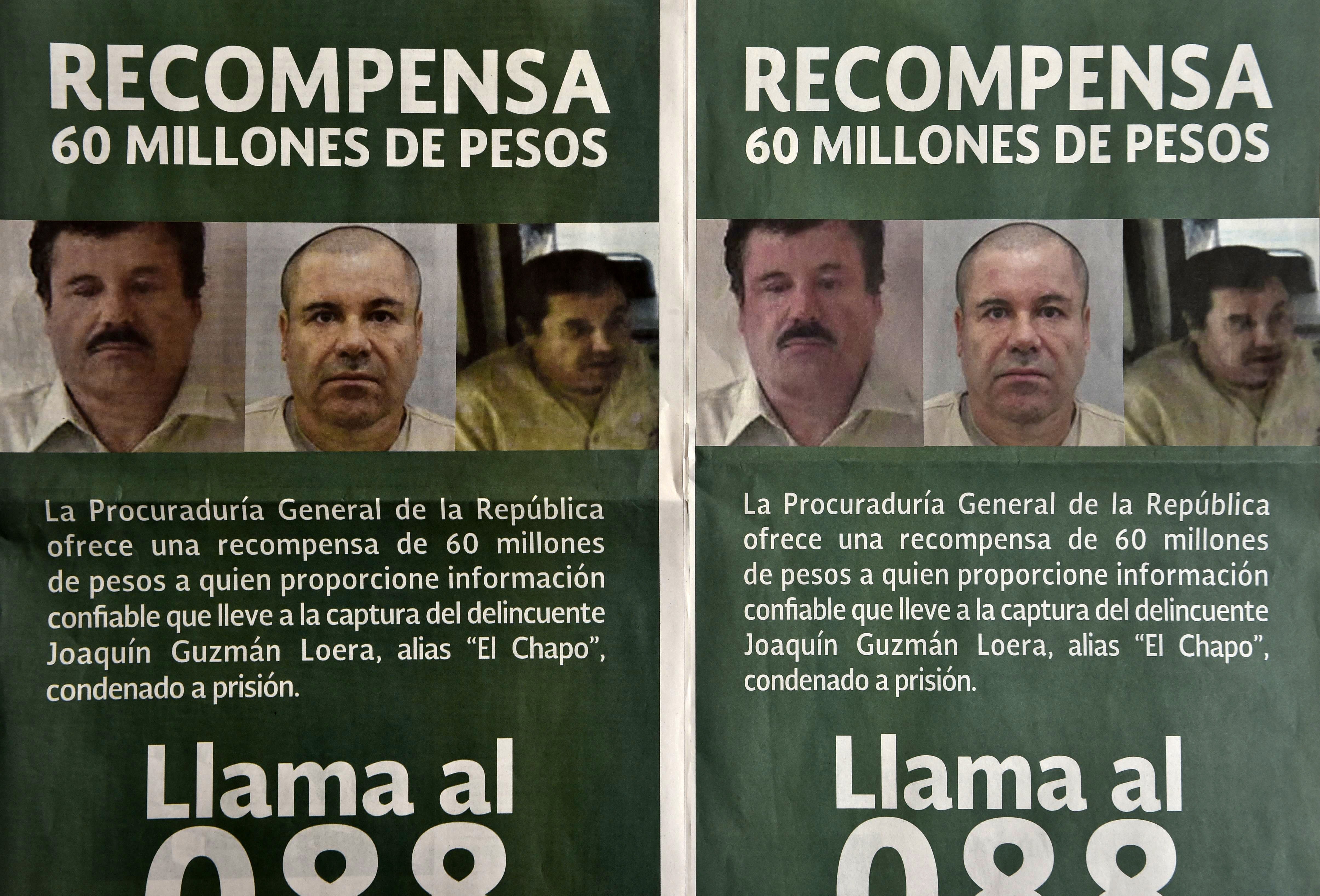 Here is a photo of notices published in newspapers offering 60 million Mexican pesos (3.8 USD approximately) reward to anyone with information leading to the recapture of Joaquin “El Chapo” Guzman Loera in Mexico City on July 16, 2015. YURI CORTEZ/AFP/Getty Images

Guzman has claimed to be responsible for the deaths of two to three thousand people, reported CNN.

Here are some of the craziest things covered in the first week of Guzman’s trial:

Guzman’s “weapons of choice” were a diamond-encrusted pistol engraved with his initials and a gold-plated AK-47, reported USA Today. Witness Jesus Zambada, a former accountant for Guzman’s cartel, said Guzman took great pleasure in taking out his rivals and even ordered hits on his own family, reported the Daily Mail.

Guzman’s nickname, “El Chapo,” may mean “Shorty,” but he was not short on protection. The kingpin even had his own private army, reported the Daily Mail.

The prosecution would show jurors evidence of seized narcotics totaling “more than a line of cocaine for every single person in the United States,” Assistant U.S. Attorney Adam Fels said, according to Reuters.

Fels said that Guzman made billions of dollars trafficking cocaine through partnerships with Colombian cartels, countering the defendant’s claim that he is a little fish in a big, big pond.

The leader of Guzman’s defense team, A. Eduardo Balarezo, is “experienced in drug-trafficking and mob cases,” reported The Wall Street Journal. But another of Guzman’s attorneys, Jeffrey Lichtman, might grab attention for his previous work for famous defendants including mob boss John Gotti Jr. and rapper The Game.

Guzman hired New York-based attorney Lichtman in August 2017. Lichtman is known for getting Gotti acquitted of several counts including securities fraud and kidnapping in 2005. 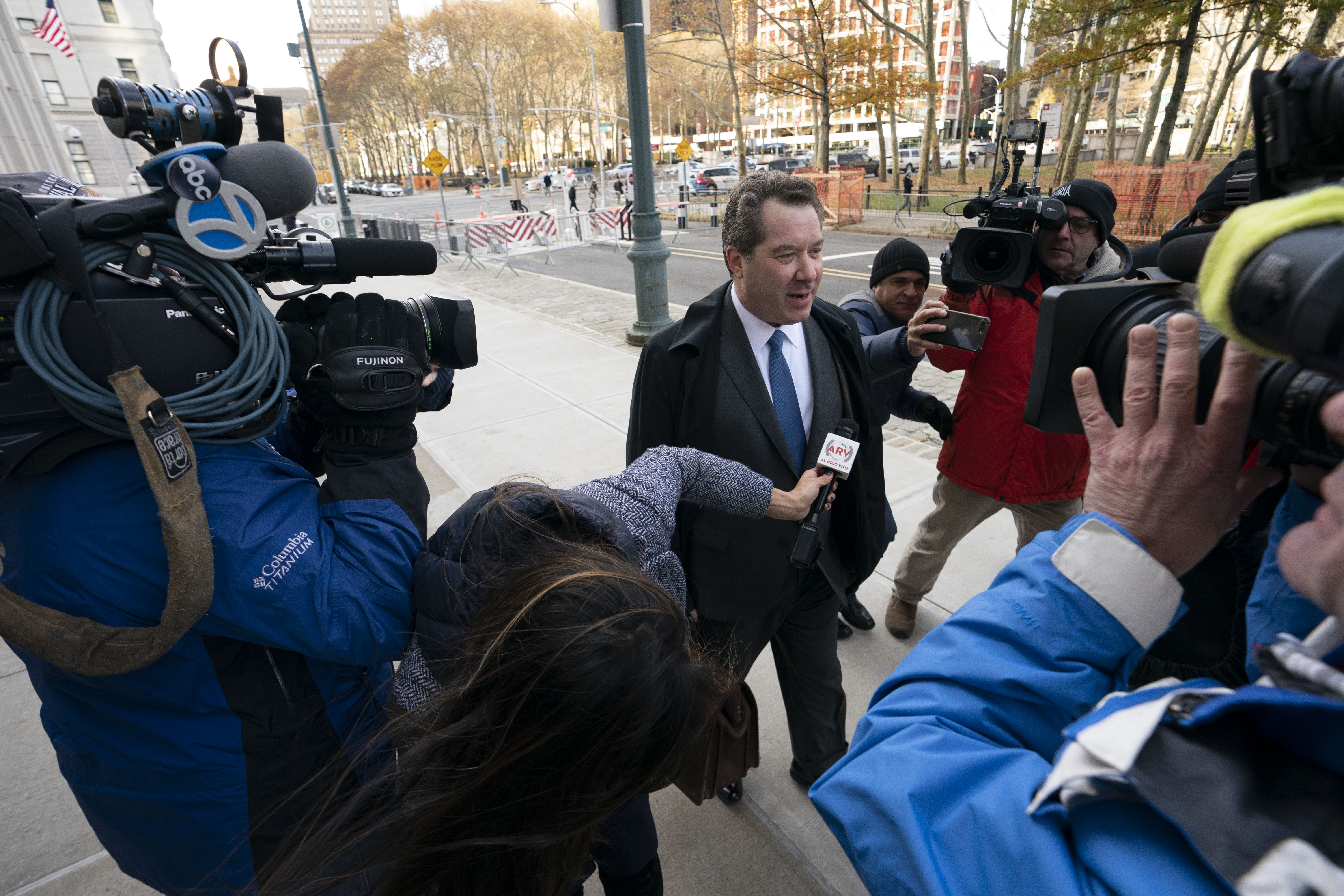 The cases bear some similarities. Lichtman was able to convince jurors that the prosecution’s witnesses were untrustworthy — a “parade of ex-mobsters,” as The Washington Post put it.

“The fact is they built a case on the backs of psychotics,” Lichtman said in 2005 according to WaPo. “Altogether they committed about 30 murders, these guys, and some of them are walking among us. The jury rejected that approach.”

Lichtman took the same approach in the Guzman trial by painting cooperating witnesses as “people who will make your skin crawl,” Wednesday, according to The New York Times.

“This case is built on a foundation of lies,” he said according to The Times.