Attacking the resolution with the hashtag #heightofhypocrisy, Grenell tweeted, “Show me the Gaza City or Damascus Pride Parades – because Tel Aviv’s celebration of equal rights for gays is massive.”

Show me the Gaza City or Damascus Pride Parades – because Tel Aviv’s celebration of equal rights for gays is massive. #heightofhypocrisy https://t.co/nobIujxz6H 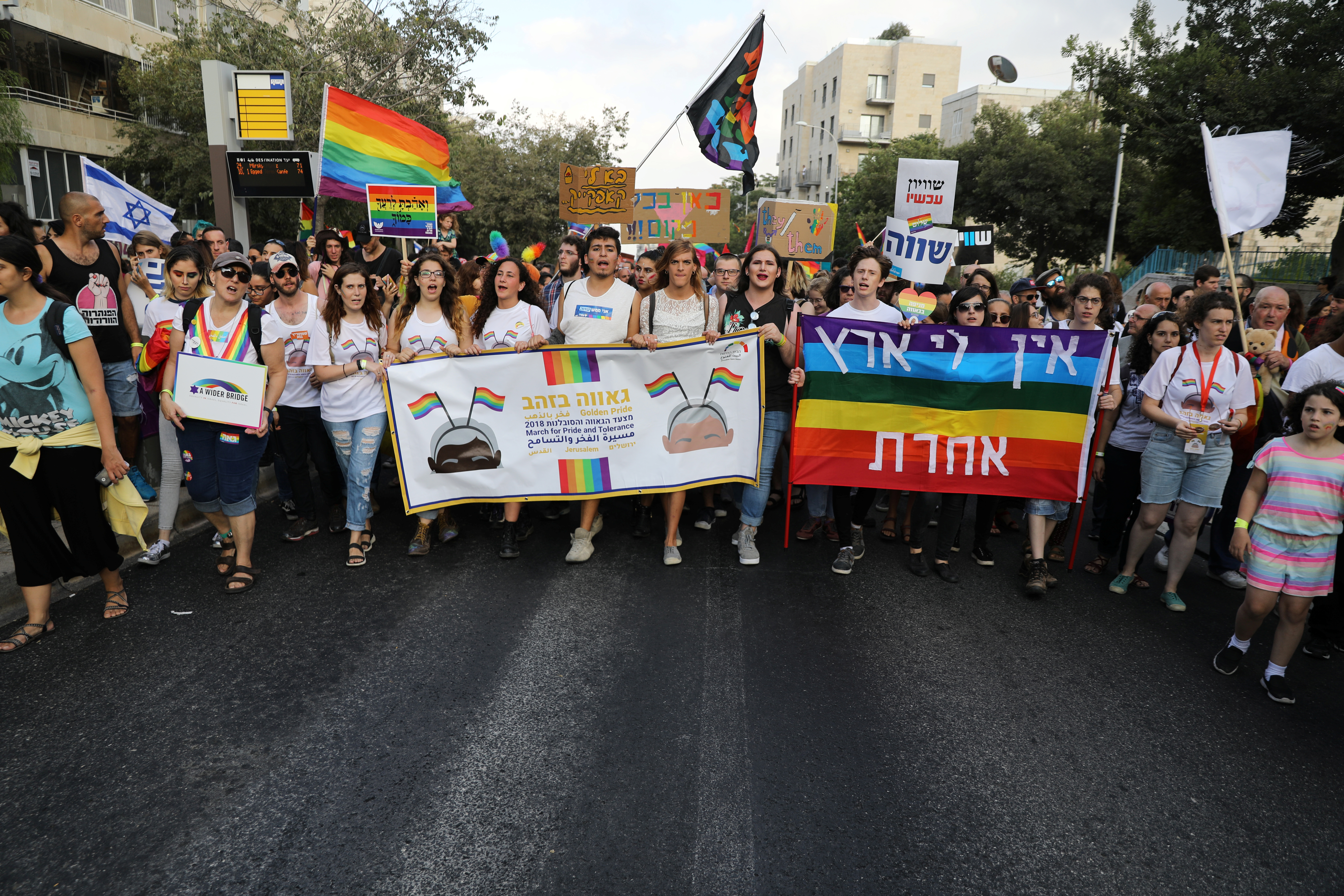 Participants hold banners as they take part in Jerusalem’s 17th annual Gay Pride Parade August 2, 2018. The banner on the right reads in Hebrew, ” I don’t have another country”. REUTERS/Ammar Awad

Grenell, who is gay himself, followed up with another tweet along the same lines.

“Someone should call for a UN General Assembly vote on whether or not being gay is a crime,” he challenged, saying, “It will out the human rights hypocrites.”

Someone should call for a UN General Assembly vote on whether or not being gay is a crime. It will out the human rights hypocrites. https://t.co/nobIujxz6H

Grenell also criticized the U.N. for condemning Israel while giving a pass to other nations like Iran. (RELATED: These Are The People Who Could Replace Nikki Haley As UN Ambassador)

Something must change. This is ridiculous. https://t.co/SLf0AQC52w

Friday’s resolution, which is the latest in a long line of UN resolutions favoring Palestine over Israel, was adopted with a vote of 153-6-9. The United States joined Australia, Canada, Israel, Marshall Islands and Micronesia in voting ‘No.’

The resolution titled “Israeli practices affecting the human rights of the Palestinian people…” was adopted by a vote of 153 – 6 – 9.

That vote also represented a turning point for the U.S., marking the first time a “no” vote was cast in the place of an abstention.

The US will no longer abstain when the UN engages in its useless annual vote on the Golan Heights. The resolution is plainly biased against Israel; on Friday, we will vote no.

Grenell was confirmed as ambassador to Germany by the Senate in April 2018, and prior to that served as the spokesman for several U.S. ambassadors to the U.N. — including now National Security Adviser John Bolton. Grenell has been floated as a possible replacement for U.N. Ambassador Nikki Haley when she leaves her post at the end of this year.