A federal judge dismissed key charges in the nation’s first criminal case of female genital mutilation and ruled that it was unconstitutional for Congress to outlaw the practice.

U.S. District Judge Bernard Friedman dropped charges against three mothers listed as defendants in the case and against a woman charged with participating in the procedure to mutilate the genitals of the daughters of two of those mothers.

Friedman removed the four defendants from the case and ruled that Congress had no constitutional authority to outlaw Female Genital Mutilation (FGM), arguing that it has no connection to interstate commerce and is not necessary to ensure the nation’s compliance with a ratified treaty. (RELATED: Two People Face Charges Of Performing A Female Genital Mutilation Procedure On 3-Year-Old)

Congress passed The Federal Prohibition of Female Genital Mutilation Act of 1995 in 1996, using both the commerce clause and the “necessary and proper clause” as justification. The bill was passed specifically to ensure compliance with the International Covenant on Civil and Political Rights.

“There is nothing commercial or economic about FGM,” Friedman wrote in a court opinion, according to The Detroit News. “(Female genital mutilation) is not part of a larger market and it has no demonstrated effect on interstate commerce. The Commerce Clause does not permit Congress to regulate a crime of this nature.”

Friedman also argued that the law was not necessary to ensure compliance with the International Covenant on Civil and Political Rights.

The three mothers dismissed as defendants were Farida Arif of Oakland County and Haseena Halfal and Zainab Hariyanawala, both of Minnesota. Arif was charged with participation in the conspiracy to mutilate her daughter’s genitals, while Halfal and Hariyanawala were charged in 2017 with committing FGM and conspiracy to do so to their 7-year-old daughters.

The U.S. outlawed the practice of FGM in 1996, but the law against it was not invoked until the 2017 arrest of Dr. Jumana Nagarwala of Northville. Nagarwala stood accused of leading a 12-year conspiracy with seven others in which nine girls had their genitals mutilated.

Though illegal, some members of a Detroit community of the Dawoodi Bohra sect of Islam, which comes from India, practice FGM, according to The Detroit News. Nagarwala allegedly performed FGM on young girls in this community in secret at the behest of the girls’ families. 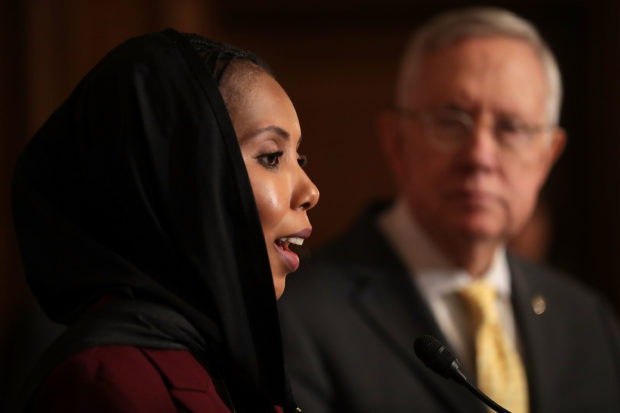 Nagarwala’s lawyers argued what Friedman ultimately concluded — that FGM had nothing to do with interstate commerce and that Congress therefore had no right to criminalize it. An attorney for the Justice Department’s Human Rights and Special Prosecutions section, Christian Levesque, argued that FGM does, in fact, involve interstate commerce, since the case involves parents using cellphones to coordinate the procedures, which involve medical tools used at state-licensed clinics and for which children are transported across state lines to undergo the procedure.

Prosecutors argued that nine girls in total — four from Michigan, three from Illinois and two from Minnesota — were subjected to FGM at clinics run by Nagarwala and co-defendant Dr. Fakhruddin Attar. Defense attorneys argued that the procedures they practiced did not constitute FGM.

Four types of FGM exist, some of which involve the partial or complete removal of the clitoris. Prosecutors argue that at least one girl had her entire clitoris removed.

“My honest reaction is ‘oh my God,'” Nagarwala’s lawyer, Shannon Smith, said of Friedman’s ruling Tuesday. “We are unbelievably happy. The impact is huge. It eliminates four defendants from the indictment, and it severely punctures major holes in the government’s case.”

Nagarwala, however, still faces charges for conspiracy and obstruction – charges that Attar and his wife, Dr. Farida Attar, also face. If convicted, Nagarwala and the Attars could be imprisoned for up to 20 years.