Hillary Clinton said Europe should curtail immigration, but only because it inflames right-wing populists.

Speaking to The Guardian, Clinton called on European leaders, including German chancellor Angela Merkel, to signal that “Europe is not going to be able to continue provide refuge and support” to migrants.

“I think Europe needs to get a handle on migration because that is what lit the flame,” Clinton told The Guardian.

“I admire the very generous and compassionate approaches that were taken particularly by leaders like Angela Merkel, but I think it is fair to say Europe has done its part, and must send a very clear message — ‘we are not going to be able to continue provide refuge and support’ — because if we don’t deal with the migration issue it will continue to roil the body politic.” (RELATED: Trump Points To Europe As Migration Crisis Unfolds) 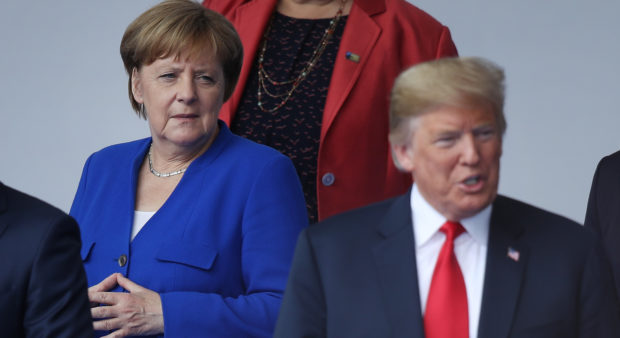 More than 1 million migrants and refugees have entered the EU since 2015, according to The Guardian. The surge of migrants has caused a political crisis across Europe.

“Rome is the right place for [Bannon] since it is bread and circuses and it’s as old as recorded history. Keep people diverted, keep them riled up appeal to their prejudices, give them a sense they are part of something bigger than themselves — while elected leaders and business leaders steal them blind. It’s a classic story and Bannon is the latest avatar of it.”