The Camp Fire has covered around 153,000 acres, or 239 square miles, since igniting Nov. 8. Firefighters have nearly contained the blaze and believe the fire will be under control or put out by Friday.

Nearly 250 people are still unaccounted for or missing from communities hit by the Camp Fire, CNN reports

Tens of thousands of residents are slowly returning back to areas and communities evacuated because of the fire. Authorities are warning those returning to stock up on supplies such as fuel, food and water as necessities are hard to find in fire-scorched regions, according to The Sacramento Bee.

Firefighters who had been battling the blaze for nearly two weeks received help from the weather as rain fell in Northern California for several days last week. (RELATED: Heavy Rain Is Helping Contain California’s Deadliest Fire)

“We needed it to come in and rain, and rain not too heavy,” National Weather Service meteorologist Bill Rasch told CNN.

As the fire weakens, California officials are beginning to worry about the integrity of the hundreds of miles of land that has lost vegetation. A heavy rain could trigger floods or mud slides and additional disasters on top of damage from the Camp Fire. 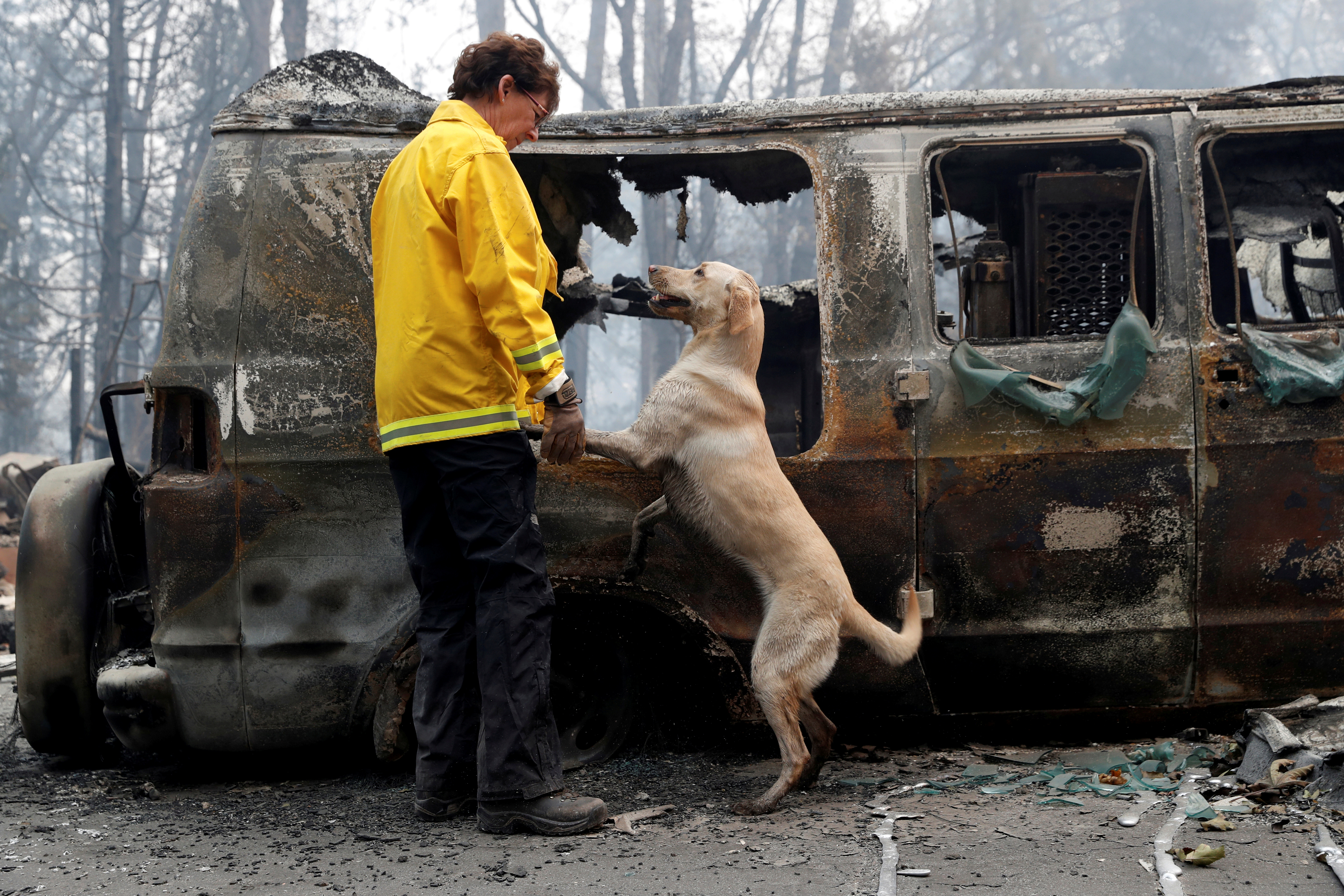 Karen Atkinson, of Marin, searches for human remains with her cadaver dog, Echo, in a van destroyed by the Camp Fire in Paradise, California, U.S., November 14, 2018. REUTERS/Terray Sylvester

No official cause for the fire has been determined. Media reports suggest that equipment owned by Pacific Gas and Electric, California’s main utility, may have malfunctioned and sparked the blaze. A class action lawsuit against the power provider is already growing over the utility’s actions after the fire was already lit and spreading.

Recent fires throughout California have started a debate between outgoing Gov. Jerry Brown and the Trump administration. Brown has consistently pointed to climate change as a significant factor in the fire’s behavior and severity.

President Donald Trump has used the fire to hit California’s environmental policies, threatening to pull federal funding from the state if the state government does not allow more active forest management to clear dry, flammable fuel from government-owned forestland.