Department of Homeland Security Secretary Kristjen Nielsen provided an update Monday night on the southern border after migrants tried storming the border, leading to the closure of a port the day before.

“First, the violence we saw at the border was entirely predictable. This caravan, unlike previous caravans, had already entered #Mexico violently and attacked border police in two other countries. I refuse to believe that anyone honestly maintains that attacking law enforcement with rocks and projectiles is acceptable. It is shocking that I have to explain this, but officers can be seriously or fatally injured in such attacks. Self-defense isn’t debatable for most law-abiding Americans,” Nielsen wrote in a Facebook post. 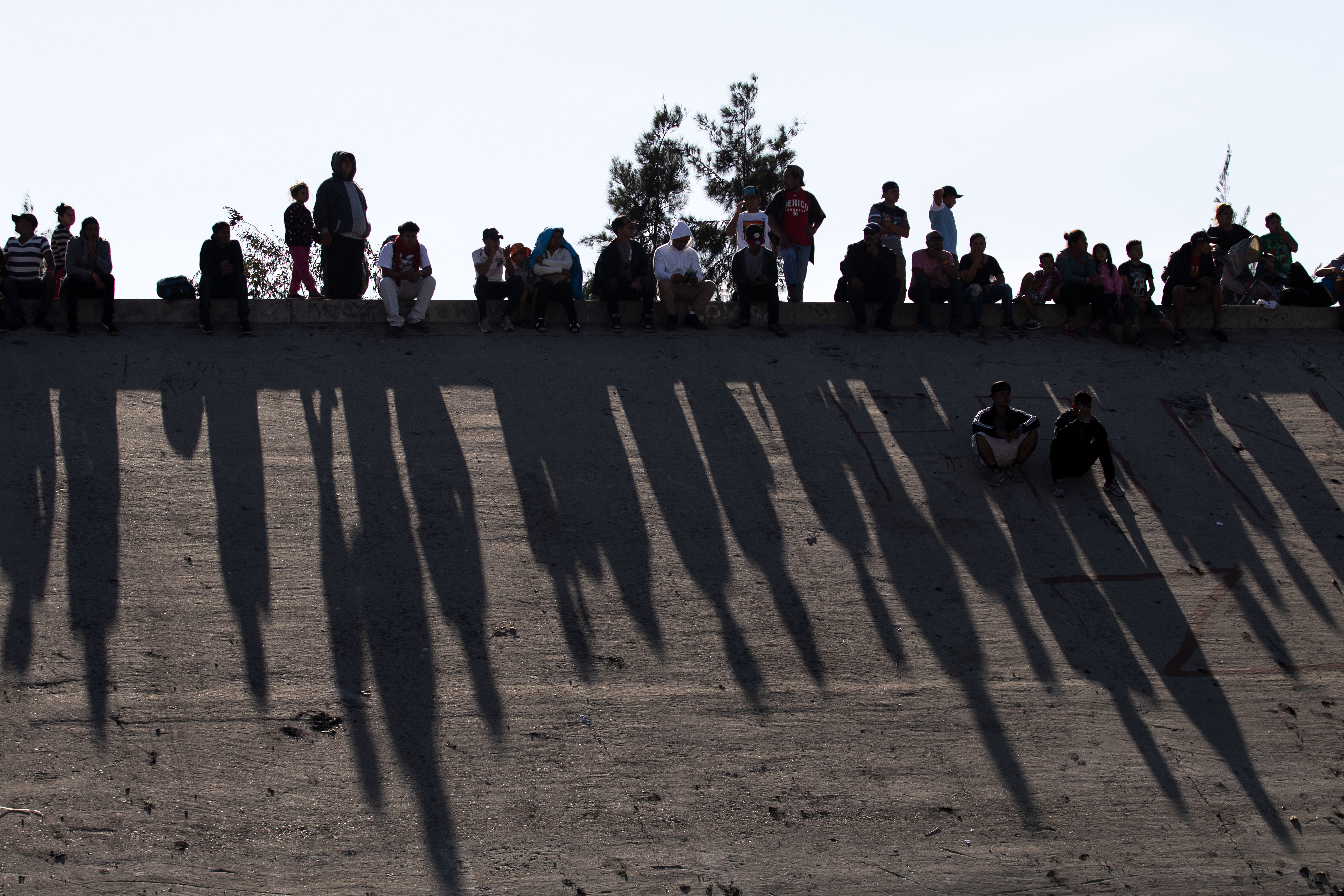 “Second, the caravan is far larger and more organized than previous ones. There are 8,500 caravan members in Tijuana and Mexicali. There are reports of additional caravans on their way,” she continued. “Third, the overwhelming majority of these individuals are not eligible for asylum in the United States under our laws. Historically, less than 10% of those who claim asylum from #Guatemala, #Honduras, and #ElSalvador are found eligible by a federal judge. 90% are not eligible. Most of these migrants are seeking jobs or to join family who are already in the U.S.”

The Secretary also challenged the reports that a majority of the caravan consists of women and children. 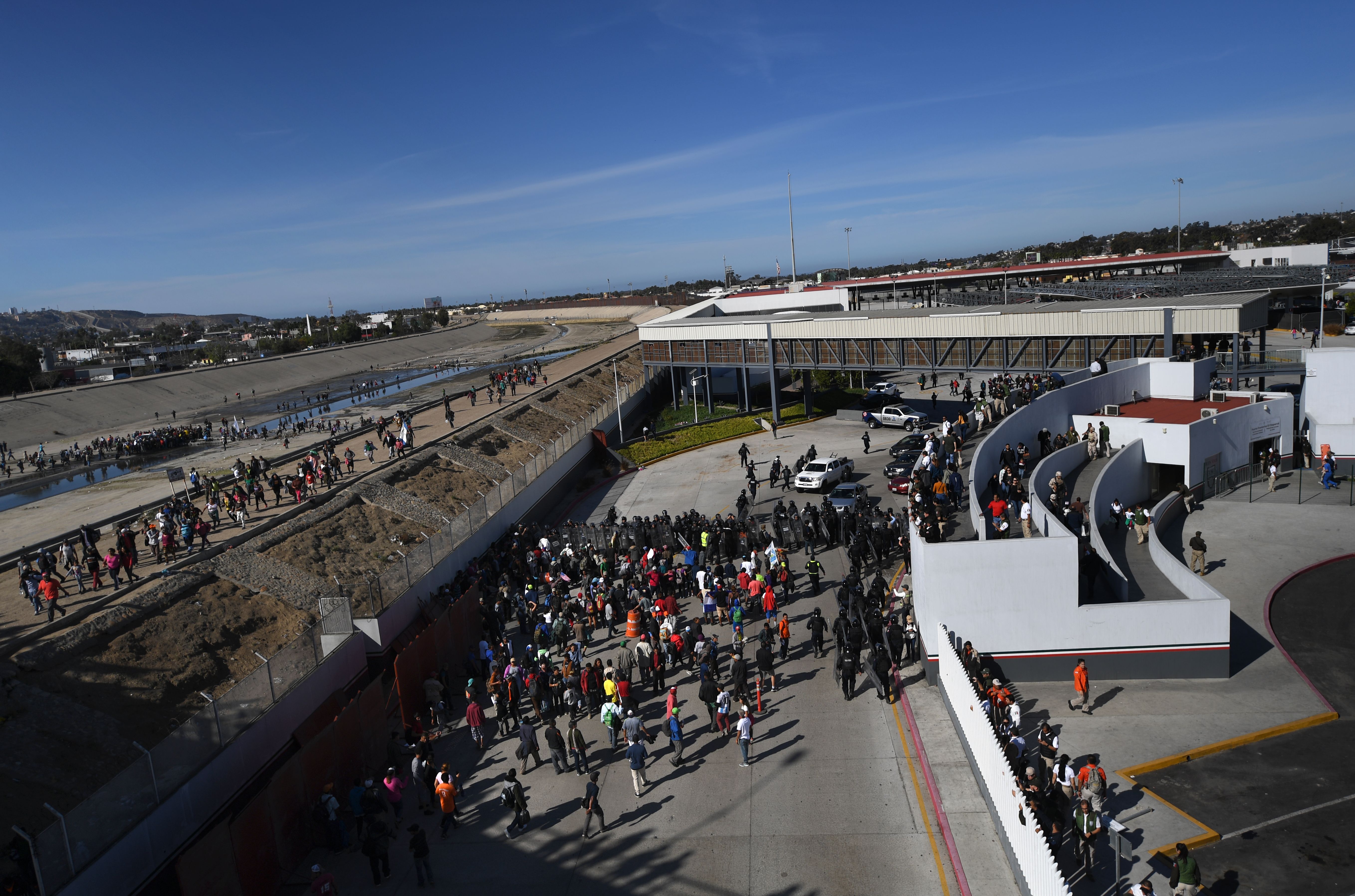 A group of Central American migrants -mostly from Honduras- get to El Chaparral port of entry after crossing the almost dry riverbed of the Tijuana River, in Tijuana, Baja California State, Mexico, on November 25, 2018. (PEDRO PARDO/AFP/Getty Images)

“We cannot confirm the backgrounds and identities of all caravan members which possess a national security and public safety risk to our country. However, at this point we have confirmed that there are over 600 convicted criminals traveling with the caravan flow,” Nielsen continued. “This includes individuals known to law enforcement for assault, battery, drug crimes, burglary, rape, child abuse and more. This is serious. Additionally, Mexico has already arrested 100 caravan members for criminal violations in Mexico.”

She went on to thank President Donald Trump for sending troops to the border, saying that them being there “likely prevented injuries to personnel and migrants or additional damage to property.”

The decision to use tear gas as a tactic to disperse the caravan is not unprecedented. Back in 2013, under the Obama Administration, they opted to do the same thing for the same reason.