An Irish soccer club has apologized for their “gross error of judgment” after faking a player’s death to reportedly get out of playing a game.

The Ballybrack FC was previously scheduled to play the Arklow Town on Saturday, but ended up notifying the Leinster Senior League soccer group claiming that one of their players, Spanish native Fernando Nuno LaFuente, was killed in a traffic accident on Thursday night, according to RTE Wednesday. (RELATED: Is It An Overreaction To Divorce Your Wife Of 14 Years Because She ‘Joked’ About Messi’s Soccer Skills?) 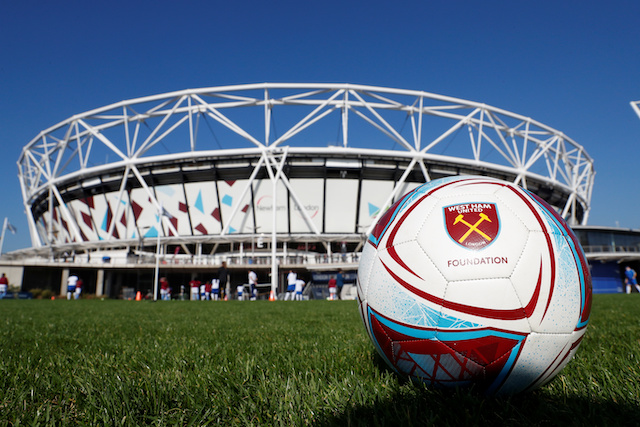 The league, in response, postponed the game — and clubs in the league held moments of silence during games over the weekend.

It was only after the league posted details of LaFuente’s demise in the Herald Monday, that the soccer player learned that he had supposedly died.

“After my work finished I was playing some video games, and suddenly I got a call from work,” LaFuente told RTÉ.

The soccer player, who left the team two months ago for work in Galway, said co-workers started calling him and “sending me all these news articles and all these mass media. And that’s how I found out I was dead.”

When pressed on why he thought the team had done it, he said he figured they were having a “rough time getting players” to fill the bench in time for the game.

LaFuente said he had been warned by a few players that he might see something about his being in an accident, but he figured it was something like a broken leg.

When he discovered the depths of the accident, he immediately called his mom in Spain to let her know he was alive and well.

“It’s serious on their part, but I’m finding it a little bit funny,” the soccer player explained. “Because basically, I’m not dead.”

Leinster Senior League chairman David Moran said the club’s story started to fall apart after they reached out to make funeral arrangements for the player and were informed that his body had already been sent back to Spain.

“We checked the hospitals, we checked everywhere,” Moran shared. “Nobody could find anything about this young fella.”

Shortly after, Ballybrack FC issued an apology via the club’s Facebook.

“As of this evening an emergency meeting was held and the person in question has been relieved of all footballing duties, within Ballybrack FC, its senior team and roles within the club itself,” a statement posted on the club’s page read Tuesday.”The club has contacted Fernando to confirm his whereabouts, well-beingng and are thankful for his acceptance of our apology on this matter.”

“This grave and unacceptable mistake was completely out of character and was made by a person who has been experiencing severe personal difficulties unbeknownst to any other members of the club,” it added. “The club will continue to provide a duty of care to all parties and offer the support that may be needed at this time.”