Defeated Georgia Democratic gubernatorial candidate Stacey Abrams is suing the state of Georgia over alleged and widespread voter suppression, however, the lawsuit condemns legislation that Abrams herself helped pass.

Fair Fight Action filed the lawsuit on Tuesday in the U.S. District Court for the Northern District of Georgia. Fair Fight was launched by Abrams after her loss to Gov.-elect Brian Kemp to “pursue accountability in Georgia’s elections and integrity in the process of maintaining our voter rolls,” according to a press release.

The suit lists curtailing the duration of early voting as among the election board’s barriers, making it more difficult for residents to vote. However, Abrams was a co-sponsor of the bill to shorten the early voting period when she was a member of the Georgia General Assembly. (RELATED: Brian Kemp Dissects Stacey Abrams Entire Voter Suppression Argument Point By Point)

At the time, Abrams argued that “smaller, poorer counties could not afford the longer period,” reported The Atlanta Journal Constitution. Consequently, she sponsored legislation that reduced early voting in Georgia from 45 days to 21 days.

Here’s @staceyabrams signature on the bill to cut early voting from 45 to 21 days. #gapol #gadems pic.twitter.com/1DXwyGsOWt

The lawsuit also re-ups a claim that Abrams made in October, accusing Kemp, in his capacity as Georgia’s secretary of state, of shutting down voting precincts in a predominately black county, leading to possible voter disenfranchisement. The decision to close precincts is, however, under the control of the county’s election board rather than the state of Georgia — the county in question has a Democratic majority.

Abrams and her campaign have consistently accused Kemp of racist voter suppression. A spokeswoman for Abrams’ campaign released a statement in October claiming that the he is “maliciously wielding the power of his office to suppress the vote for political gain and silence the voices of thousands of eligible voters — the majority of them people of color.” 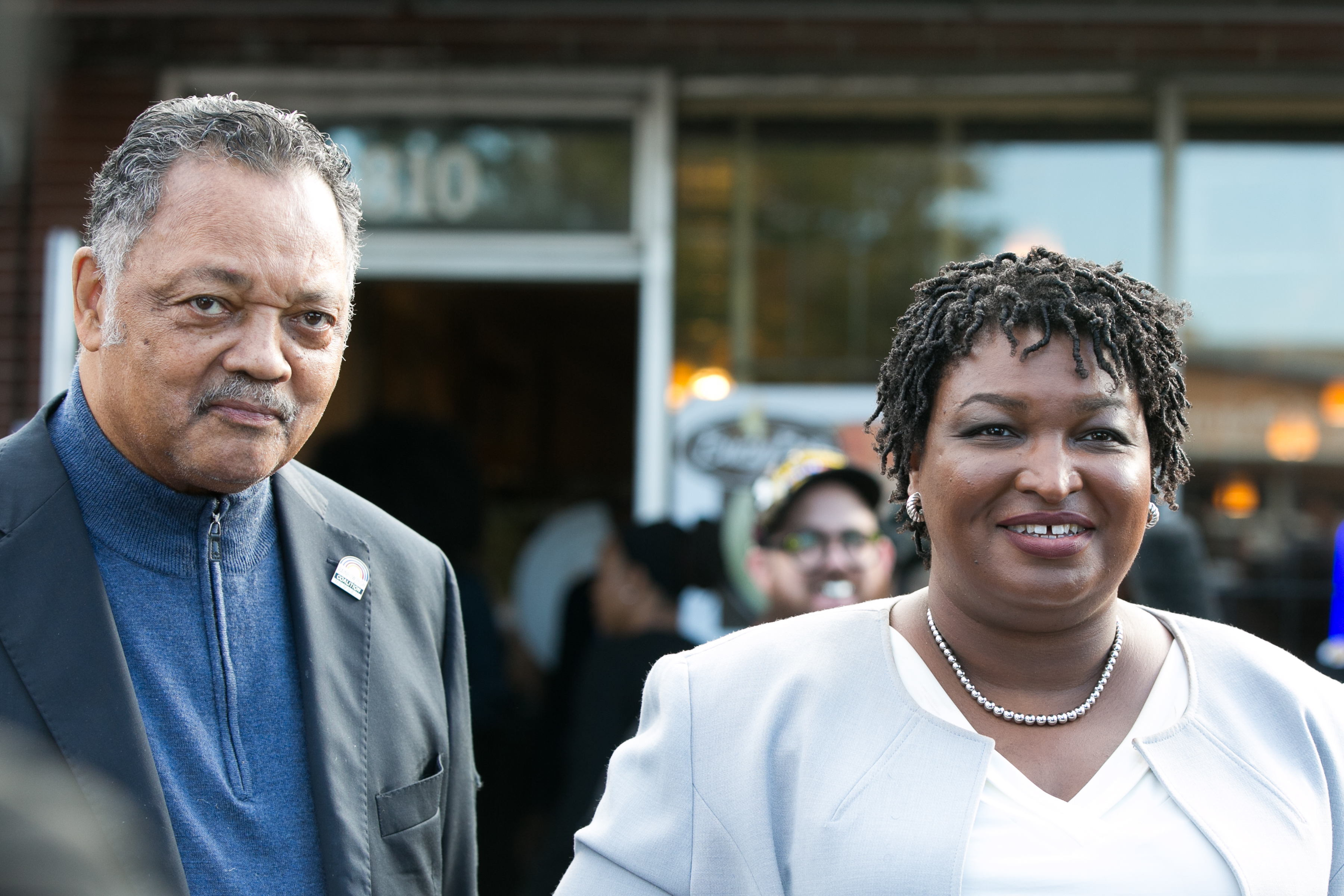 “The Secretary of State and State Election Board … grossly mismanaged an election that deprived Georgia citizens, and particularly citizens of color, of their fundamental right to vote,” the lawsuit reads. “This Complaint describes the serious and unconstitutional flaws in Georgia’s elections process — flaws that persist today.”

Kemp has refuted Abrams’ repeated claims of voter suppression and on occasion explained why the state’s elections are “secure, accessible and fair.”

The press secretary for Abrams’ gubernatorial campaign did not immediately respond to The Daily Caller News Foundation’s request to comment.