Astrophysicist and television host Neil deGrasse Tyson took to Facebook Saturday to address the multiple sexual misconduct allegations launched against him after Fox and National Geographic announced an investigation into the claims.

Three women told the website Patheos in November that Tyson was guilty of various acts of inappropriate sexual behavior, including groping, raping and general “predatory tendencies.”

Tyson denied all the allegations Saturday in Facebook post titled “On Being Accused,” recalling his version of each story and adding that in the era of #MeToo, “evidence always matters.”

“For a variety of reasons, most justified, some unjustified, men accused of sexual impropriety in today’s ‘me-too’ climate are presumed to be guilty by the court of public opinion,” Tyson wrote. “Emotions bypass due-process, people choose sides, and the social media wars begin.”

Katelyn N. Allers, who teaches physics and astronomy at Bucknell University in Pennsylvania, alleged Tyson groped her at an after party in 2009. Allers said Tyson became “obsessed” with her solar system tattoo that reaches from her arm to her back and collarbone area, in which he “followed the tattoo into [her] dress” to find Pluto while the two were posing for a picture.

“As we all know, I have professional history with the demotion of Pluto, which had occurred officially just three years earlier. So whether people include it or not in their tattoos is of great interest to me,” Tyson, who is married, recalled of this particular incident.

“I was reported to have ‘groped’ her by searching ‘up her dress’, when this was simply a search under the covered part of her shoulder of the sleeveless dress,” he said. “That was never my intent and I’m deeply sorry to have made her feel that way.”

Tyson’s former assistant Ashley Watson claims she quit working for him over a pattern of inappropriate sexual behavior, including attempting to persuade her into sex and exhibiting “predatory tendencies,” she told Patheos. (RELATED: California Democratic Chair Resigns After Sexual Misconduct Allegations)

During one uncomfortable encounter, Watson recalled Tyson inviting her over to his apartment at around 10:30 p.m. for some wine and to “unwind for a couple of hours.”

Watson, who said she felt pressured into going in an effort to impress her “superstar boss,” claims upon entering Tyson’s apartment, Tyson took off his shoes and shirt, played romantic music, and started talking about the physical “releases” that humans need in life.

Watson said when she was leaving, Tyson put his hands on her shoulders and said he wanted to hug her, but if he did he’d “just want more.”

“I invited her to wine & cheese at my place upon dropping me off from work. No pressure. I serve wine & cheese often to visitors,” Tyson said. “She freely chose to come by for wine & cheese and I was delighted.”

When Watson told Tyson she’d be quitting her job as his assistant, Tyson said he apologized profusely for unintentionally making her uncomfortable, and claims she accepted his apology.

“I note that her final gesture to me was the offer of a hug, which I accepted as a parting friend,” Tyson wrote. 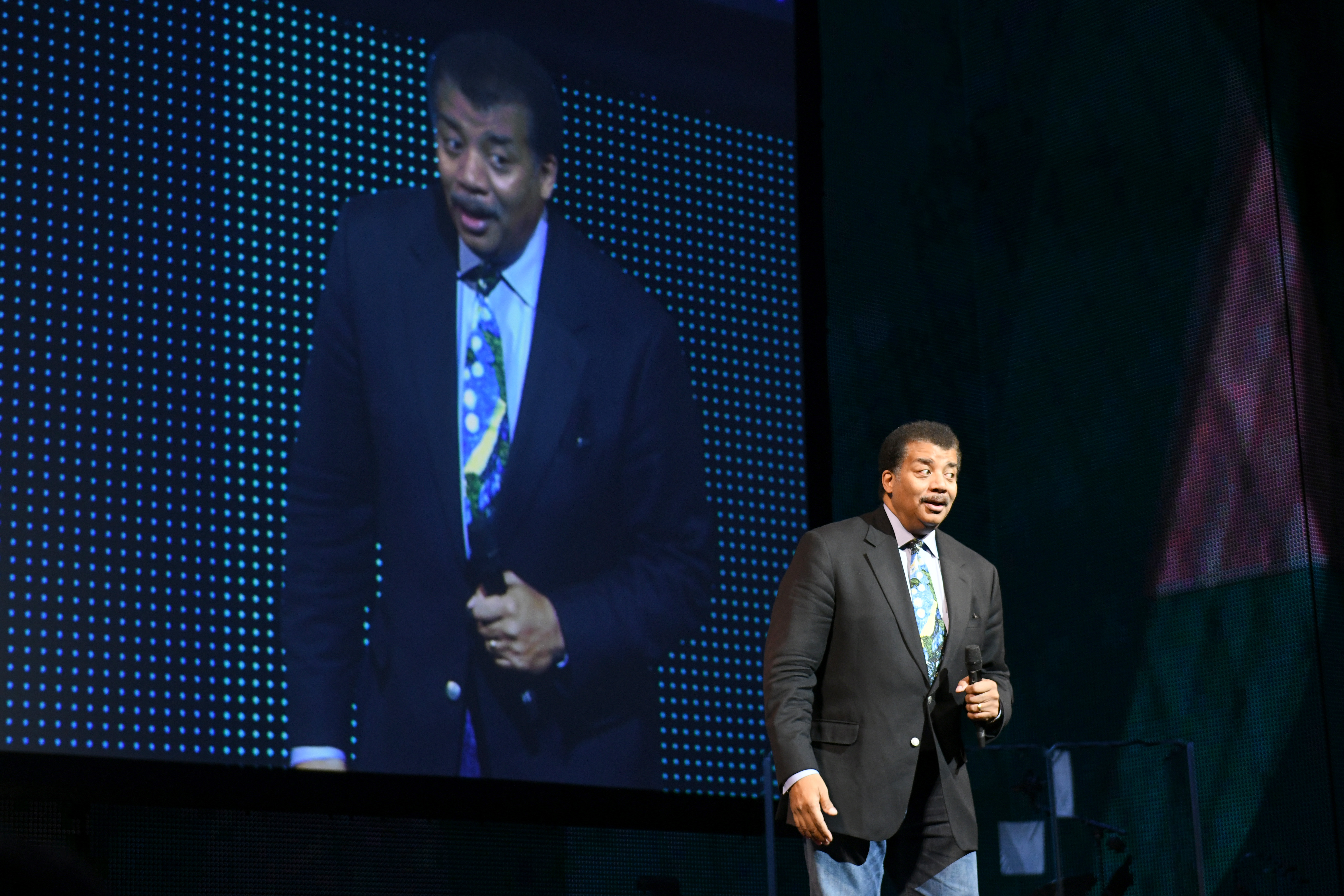 A third woman, Tchiya Amet, alleges Tyson drugged and raped her in 1984 when the two were both graduate students at the University of Texas at Austin, according to a separate Patheos report.

Amet said the incident, in which she alleges Tyson gave her a “Mickey,” a drink that is laced with an incapacitating agent given to victims without their knowledge, caused her to drop out of school.

“I woke up in his bed; I was naked … When he saw that I had woken up, he got on top of me and mounted me, and I passed out again,” Amet told Patheos.

Amet said she was on her way to being the first black female astronaut, but her alleged experience with Tyson led her to change her name and seek therapy for post traumatic stress disorder.

In Tyson’s response, he notes it was not uncommon for students to drop out of school due to the grueling workload and subject matter.

“I remember being intimate only a few times, all at [Amet’s] apartment, but the chemistry wasn’t there,” Tyson posted. “So the relationship faded quickly. There was nothing otherwise odd or unusual about this friendship.”

Tyson said he didn’t see Amet, who was Staci Hambric at the time, much after their brief relationship.

“A few years later, I ran into her, pregnant, with who I think was the father by her side,” he wrote. “That’s when I had learned that she dropped out of graduate school.”

“More than thirty years later, as my visibility-level took another jump, I read a freshly posted blog accusing me of drugging and raping a woman I did not recognize by either photo or name,” Tyson recalled, suggesting the event was a “false memory” that had been implanted into her head.

Tyson ended his lengthy Facebook post saying he was grateful to Fox and National Geographic for investigating the claims and that he sees himself as a “loving husband and as a public servant.”