Justice Department and FBI officials exchanged emails during the late stages of the 2016 presidential campaign discussing concerns within the intelligence community about the infamous Steele dossier, according to a new report.

The emails also show that top government officials were aware that Christopher Steele, the author of the dossier, was in contact with reporters regarding his investigation into President Donald Trump and his possible links to Russia.

The emails, first reported by The Hill, were exchanged in October 2016, before the FBI submitted its first of four applications for Foreign Intelligence Surveillance Act (FISA) warrants to spy on former Trump campaign adviser Carter Page.

The emails could lend further evidence to Republicans’ allegations that the FBI used information that it knew to be uncorroborated to obtain FISA warrants against Page. The documents could also raise the possibility that the FBI used circular reporting in the FISA applications. That’s because the bureau relied on a news article published by Yahoo on Sept. 23, 2016 in its FISA applications. The application presents the news article as separate from the dossier, even though Steele provided information to the author of the piece, Michael Isikoff. (RELATED: FISA Warrants Relied On Dossier And News Article) 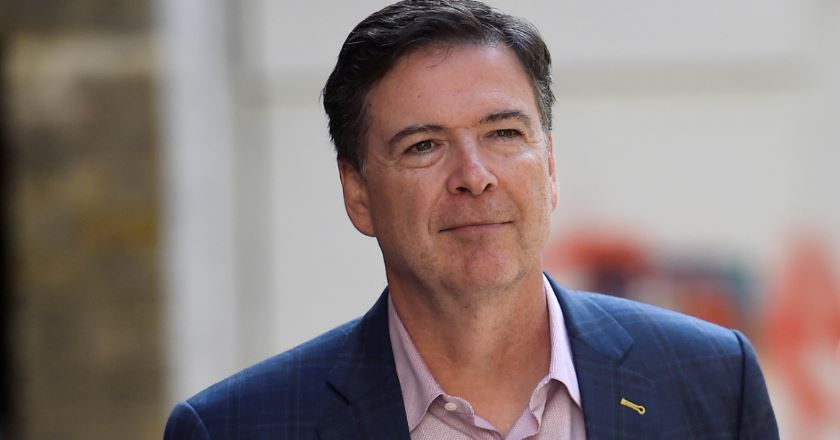 Then-FBI Director James Comey was on the email chain with FBI investigators and officials in the Justice Department’s national security division, according to The Hill.

The emails were only recently added to a list of documents that congressional Republicans hope Trump will declassify.

“For months, we have been reviewing emails between FBI and DOJ and others that clearly show that they knew of information that should have been presented to the [Foreign Intelligence Surveillance] Court. It is real evidence that people within the FBI withheld evidence from the FISA court,” Nunes said.

“Even though we know what’s in those emails, a lot of them are still redacted. So they’re still refusing to give Congress even in a classified setting this information.”

A congressional source with knowledge of the documents has told The Daily Caller News Foundation that they contain “significant” insight into the FBI’s thinking in the early days of the Russia probe.

Nunes and other Republicans previously pressed Trump to declassify and release 21 pages of a June 2017 FISA application taken out against Page. Republicans have also sought the release of FBI notes taken in interviews used for the FISA applications, as well as notes taken during interviews with Bruce Ohr, a Justice Department official who served as a back channel to Steele.

The FBI relied heavily on the dossier to obtain four FISA warrants against Page.

Republicans have accused the bureau of misleading the FISA judges who approved the warrants by providing unverified information from the dossier. Republicans have also seized on the FBI’s failure to identify the client for the dossier as the DNC and Clinton campaign. The FISA applications do note that the dossier appeared to be funded by someone who wanted to derail Trump’s campaign.

Steele revealed in London, where he is being sued over the dossier, that he briefed several American reporters in September and October 2016, before the FBI applied for its first FISA against Page.

The former MI6 officer listed Yahoo! News, The New York Times, The Washington Post, The New Yorker, and CNN as the news outlets he briefed.

It is unclear which media contacts FBI officials knew about when they applied for the first FISA. The most significant contact that Steele had was with Michael Isikoff, a veteran reporter with Yahoo! News. Isikoff published, on Sept. 23, 2016, the first article based on Steele’s investigation into Trumpworld. He reported, as Steele alleges in the dossier, that Page had secret meetings in Moscow in July 2016 with Igor Sechin and Igor Diveykin, two sanctioned Kremlin insiders.

Page has vehemently denied meeting with either man.

The FBI relied heavily on Steele’s allegation about Page’s Moscow activities. The FISA applications also cite Isikoff’s report, though the FBI inaccurately asserted that investigators did not believe that Steele had provided information to Isikoff.

Soon after obtaining the first FISA, the FBI cut ties with Steele over his contacts with David Corn, a reporter at Mother Jones who published an article anonymously quoting Steele on Oct. 31, 2016.

It is also not clear whether Steele told the FBI about all of his media contacts.

In a footnote to its June 2017 FISA application, the FBI notes that Steele told the FBI that he only provided information from his research to the bureau and his business associate, presumably Fusion GPS founder Glenn Simpson. Much of the rest of the footnote is redacted, making it impossible to know what else the FBI wrote about Steele’s interactions with reporters.

But the FBI did state in the application that the bureau “does not believe that [Steele] directly provided this information to the identified news organization that published the September 23rd News Article.”

There is already ample evidence that the FBI, and even Steele and Fusion GPS, had not verified much of the information in the dossier.

An internal FBI assessment expressed “medium confidence” in Steele’s work. Steele himself has reportedly told associates that he was only “fifty-fifty” certain that the dossier’s most explosive claim — that a video exists of Donald Trump using prostitutes in a Moscow hotel room — actually exists.

And Glenn Simpson, the founder of Fusion GPS, had doubts about Sergei Millian, a Belarus-born businessman who is believed to be a major source for the dossier.