Roughly 1,800 caskets are still waiting to be reinterred after Hurricane Maria passed over Puerto Rico in 2017, triggering a landslide that broke hundreds of tombs, NPR reported.

The town of Lares, Puerto Rico, lost much of its cemetery to a landslide after the September 2017 storm. City officials locked the cemetery up and have not reopened it since. The damage has largely remained untouched. (RELATED: Taxpayers Are Paying Huge Sums To A System Of ‘Middlemen’ In Puerto Rico)

Most Puerto Ricans with friends and relatives entombed in the graveyard do not know whether their loved ones’ graves are part of those damaged and left in disrepair. More residents are complaining and demanding access to the tombs.

“We want to fix them up, take them flowers,” José Luis Rivera López, whose parents and sister are buried in the cemetery, told NPR. “But we can’t. If we cross the fence, they’ll arrest us.”

Even with aid from the Federal Emergency Management Agency (FEMA), Puerto Rico’s government has struggled to repair, or even patch, the massive amount of damage sustained by the island’s infrastructure. 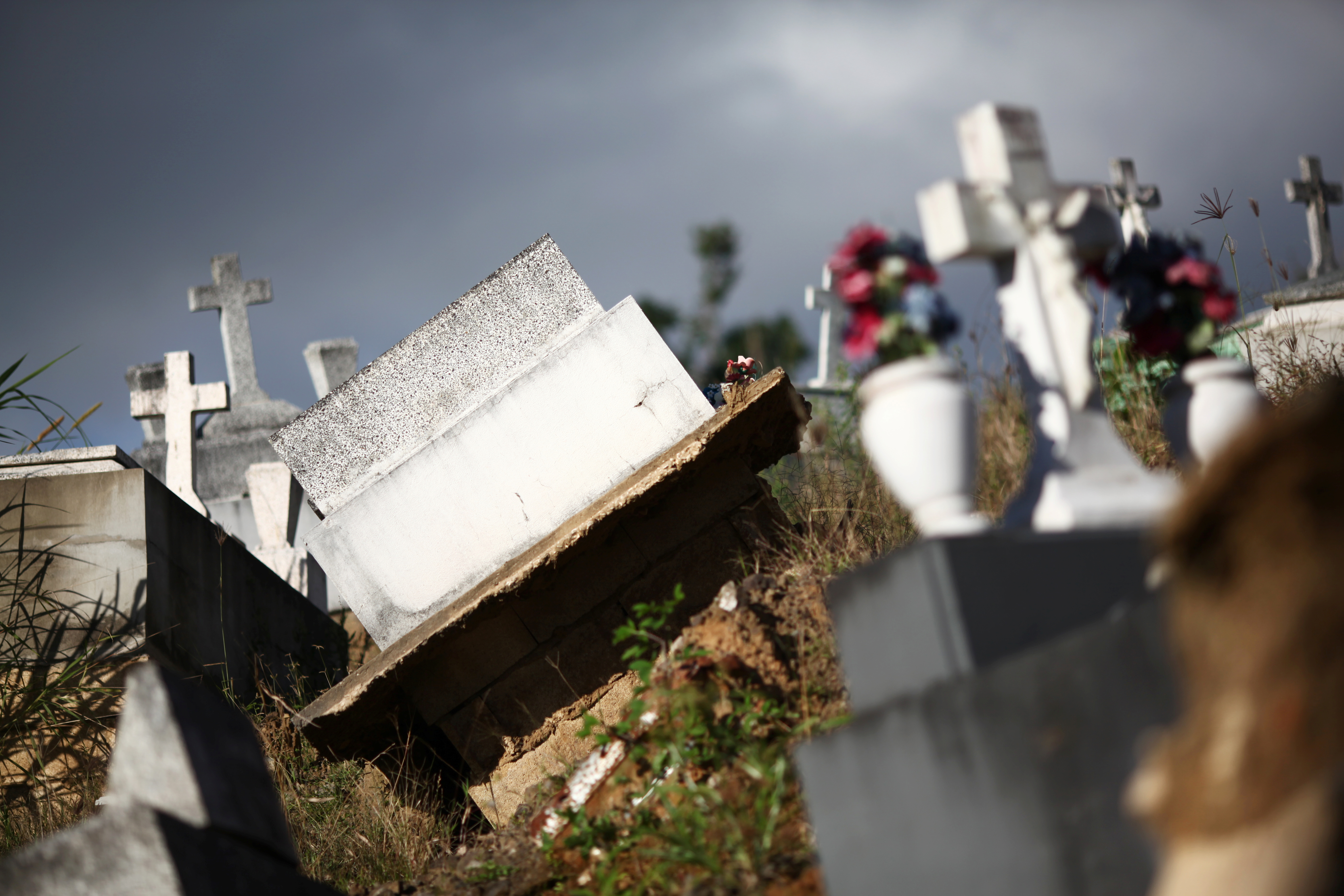 Wyoming GOP Sen. Michael Enzi, chairman of the Senate Budget Committee, sent a letter to FEMA administrator Brock Long Nov. 29 after The New York Times reported that millions of dollars in aid is being lost in a system of contractors and subcontractors and large markups.