President Donald Trump reacted to the news on Friday evening that the federal prosecutors have recommended a “substantial” prison sentence for his former lawyer, Michael Cohen.

Totally clears the President. Thank you!

The president opted not to elaborate on how he thinks the documents exonerate him.

The Manhattan prosecutors came down with their recommendation for Cohen, 52, who pleaded guilty in August to tax evasion, bank fraud and illegal campaign contributions on Friday. (RELATED: Prosecutors Recommend ‘Substantial’ Prison Sentence For Michael Cohen)

Cohen’s attorneys were seeking a sentence of time served for his cooperation with the New York investigators, as well as with the special counsel. But the prosecution said that his “pattern of deception” professionally warrants additional time spent in jail. 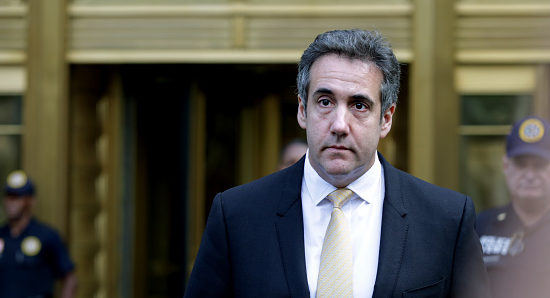 The government did, however, leave wiggle room for a “modest downward variance” in their filing from the suggested 51-to-63-month sentence.

Robert Mueller, in a different court filing, opted to recommend no additional jail time for the former Trump lawyer citing his cooperation with the Mueller probe.

In recent months, however, the defendant has taken significant steps to mitigate his criminal conduct. He chose to accept responsibility for his false statements and admit to his conduct in open court. He also has gone to significant lengths to assist the Special Counsel’s investigation. He has met with the SCO on seven occasions, voluntarily provided the SCO with information about his own conduct and that of others on core topics under investigation by the SCO, and committed to continuing to assist the SCO’s investigation. The information he has provided has been credible and consistent with other evidence obtained in the SCO’s ongoing investigation.

In response to the news, White House press secretary Sarah Sanders told the pool reporters, “The government’s filings in Mr. Cohen’s case tell us nothing of value that wasn’t already known. Mr. Cohen has repeatedly lied and as the prosecution has pointed out to the court, Mr. Cohen is no hero.”