The Church of England advised clergy Tuesday to offer the Affirmation of Baptismal Faith to transgender people, officially honoring their transition to a new identity.

The C of E’s guidance to clergy, approved by the House of Bishops and published Tuesday, urges ministers of the church to call transgender people by their new name and to use liturgical elements in a ceremony before the church to officially acknowledge the person’s transition. The church asserted the ceremony does not constitute baptism, but said that it does “renew the commitments made in baptism and in a public setting” and does in fact constitute a rededication of their life to Christ. (RELATED: Doctors And Prominent Anglican Cheer On Elderly Couple As They Kill Themselves)

“For a trans person to be addressed liturgically by the minister for the first time by their chosen name may be a powerful moment in the service,” the guidance reads, according to The Telegraph.

The move to accept transgenderism within the Anglican church sparked ire from conservative groups within the denomination, notably the Global Anglican Future Conference (GAFCON) and ministers like Rico Tice.

Our task, as Francis Schaeffer liked to say, is to present the truth with compassion but without compromise. To this end, we will need to deepen our appreciation of the Bible’s teaching about the basic, given and binary nature of human sexuality, the way biological sex determines gender identity and gender roles, and the goodness of being either male-men or female-women (Gen 1:26-28; 2:18-25). That is, we are not to separate what God has joined together.

Tice stepped down from Archbishop of Canterbury Justin Welby’s task group for evangelism in June because of the unorthodox views of the task group’s overseeing bishop on human sexuality. 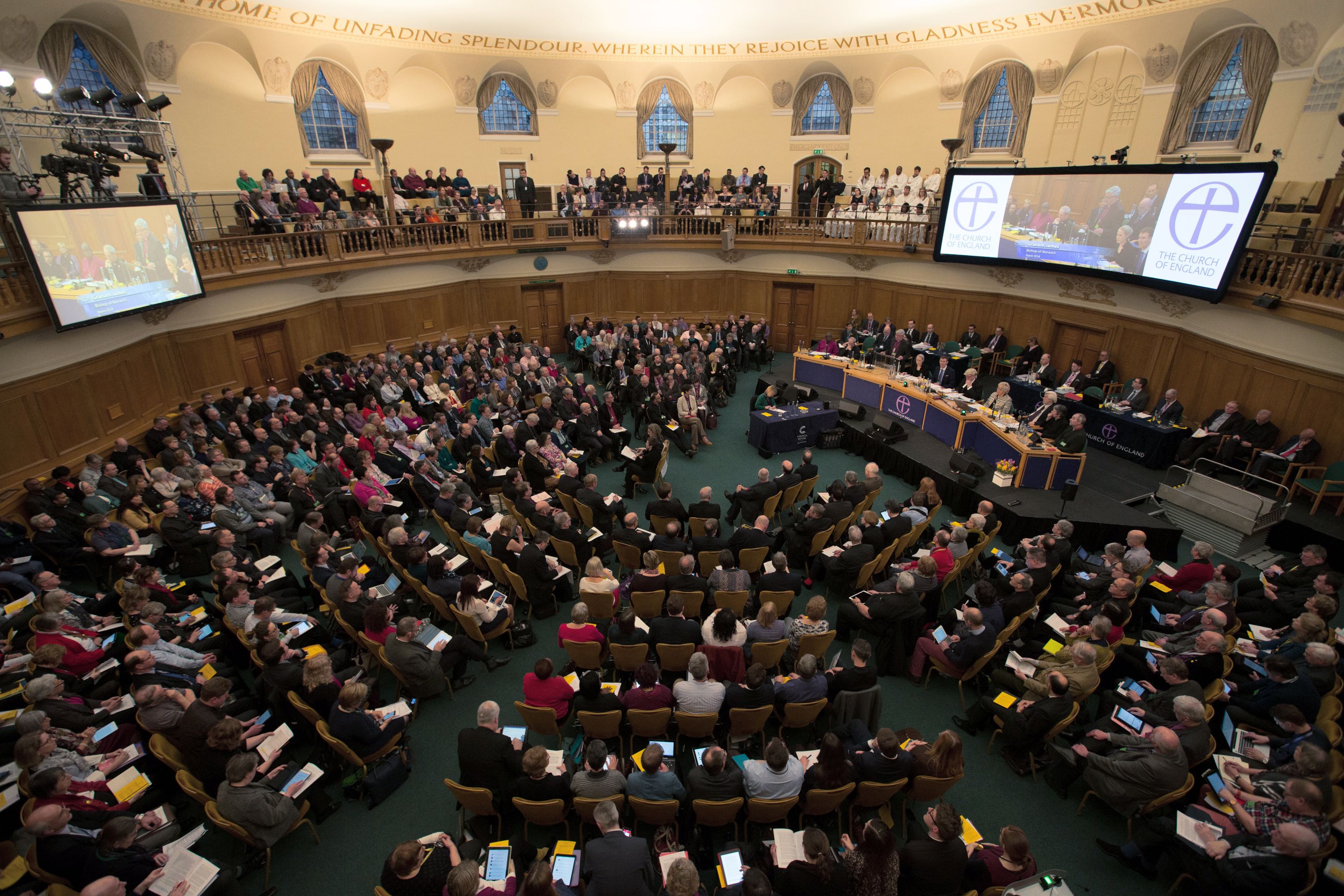 Gay rights campaigners protested outside the Church of England’s General Synod in London on Wednesday as Anglican bishops from around the world prepared to vote on a report ruling out accepting gay marriage. (DANIEL LEAL-OLIVAS/AFP/Getty Images)

Conservative Anglicans prevented the addition of a new blessing to the church’s liturgy to acknowledge transgender people’s transition. The church issued its guidance to use existing liturgical elements to the same effect as a compromise.

“This new guidance provides an opportunity, rooted in scripture, to enable trans people who have ‘come to Christ as the way, the truth and the life,’ to mark their transition in the presence of their Church family which is the body of Christ,” Julian Henderson, bishop of Blackburn and chair of the House of Bishops delegation committee, said of the guidance.