Comey appeared in front of the House Judiciary and House Oversight and Government Reform Committees last week in a closed-door hearing. The former director initially wanted to appear publicly but gave up after a brief legal battle.

The committees are investigating the FBI’s handling of the Clinton email and Trump-Russia investigations. (RELATED: Comey Sues To Block Subpoena For House Testimony)

“Comey is one of the best I have ever seen at always being right in his mind, and it doesn’t matter if he is a universe of one. When you write a book about ethics and morality, that in and of itself is a fairly high-opinion-of-yourself thing to do,” Gowdy stated.

“Comey just thinks he’s always right, and if [DOJ inspector general Michael] Horowitz thinks he’s wrong … it doesn’t matter if everyone else concludes he did wrong,” he continued. “He knows better. So, that’s what it’s like to interview an amnesiac with incredible hubris.” 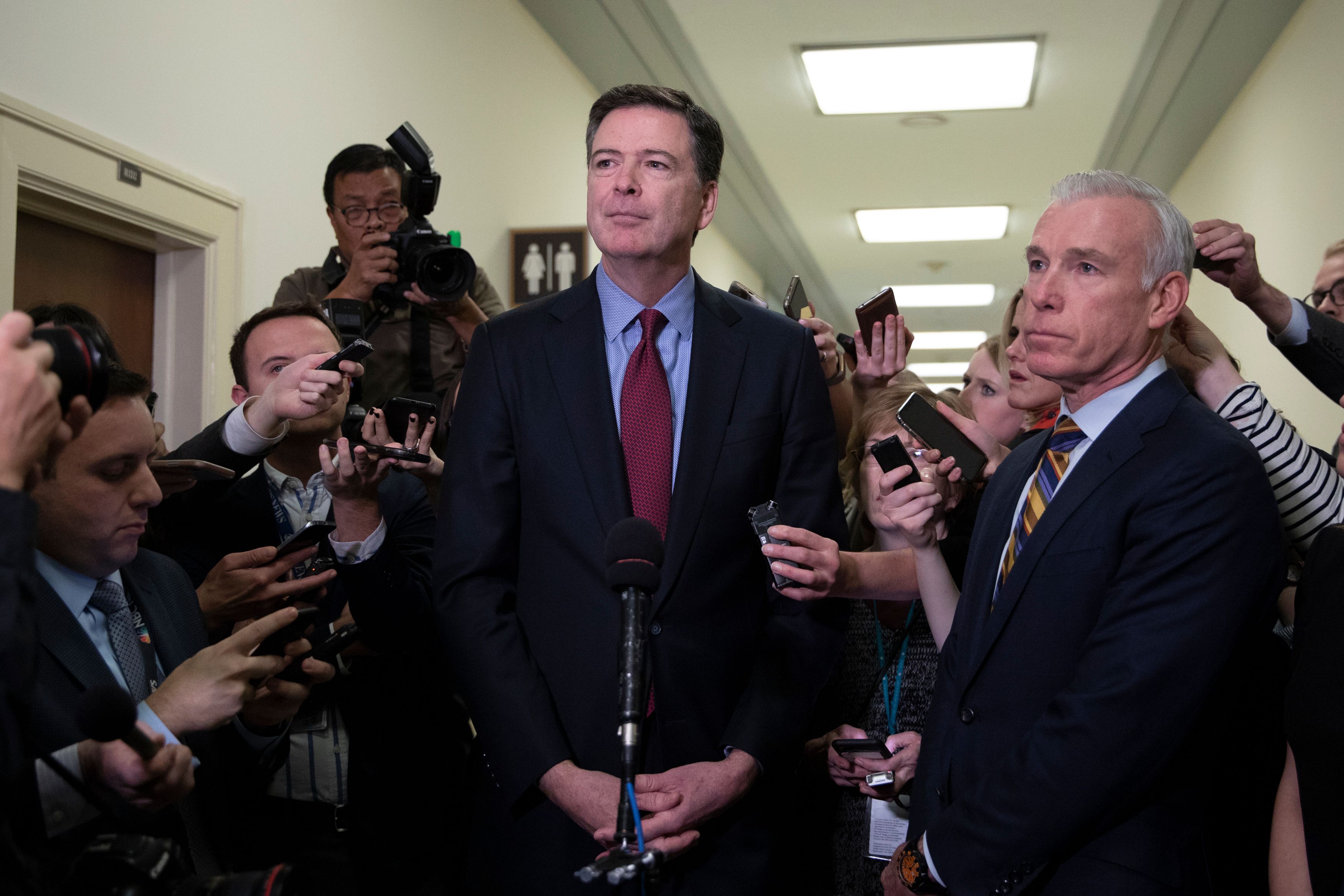 Former FBI Director James Comey (C) talks to reporters following a closed House Judiciary Committee meeting to hear his testimony, on Capitol Hill in Washington, DC, on December 7, 2018. – Comey, sacked by US President Donald Trump in 2017, testified Friday before US lawmakers for the first time in over a year, but this time out of the camera glare. The hours-long Capitol Hill grilling comes amid turbulence at the White House, and mounting intrigue over Special Counsel Robert Mueller’s investigation into Russian interference in the 2016 election and possible contacts between Trump’s presidential campaign and Moscow. (Photo by Alex Edelman / AFP) (Photo credit should read ALEX EDELMAN/AFP/Getty Images)

“Do you believe that he functioned as a political FBI director?” MacCallum asked.

I think Jim Comey was primarily motivated by a desire to protect the brand of Jim Comey. I defended him a lot in 2016, even when it was lonely to do so. I would still defend him today if I thought he was making the right decisions, but he has been so overtly partisan since he left, not just [with] the president, but he wants people to vote Democrat, he wants a Democrat House. He’s just become a political flunky. It’s the same guy, in this very room that you and I are in right now, said the FBI doesn’t give a hoot about politics.

He announced months ago that he would not seek reelection citing a desire to work in a place “where facts matter.”