British Prime Minister Theresa May will hold on to her job after 200 members of her party voted they have confidence in her to lead the government Wednesday.

Members of May’s own conservative Tory party decided they doubted her ability to lead the country through the turmoil of Brexit. One hundred seventeen voted no confidence in May Tuesday after the required number of members of Parliament — 48 — called for the vote of no confidence, reported The Guardian.

“A significant number of colleagues did cast a vote against me and I have listened to what they said,” May said Wednesday after the vote according to CNN.

The government’s focus was to “deliver the Brexit that people voted for, bringing the country back together and building a country that truly works for everyone,” May also said according to CNN. (RELATED: Ocasio-Cortez Touts New House Rule That Makes It Easier To Raise Taxes)

Brexit has cast a long shadow over May’s tenure. She was not pro-Brexit at first but wanted to carry out the will of British voters who chose to leave the European Union in a 2016 referendum.

The proposed exit from the EU in 2019 has proven to be complicated. May’s pro-Brexit Foreign Secretary Boris Johnson stepped down in July, sparking rumors he might challenge her to become prime minister. 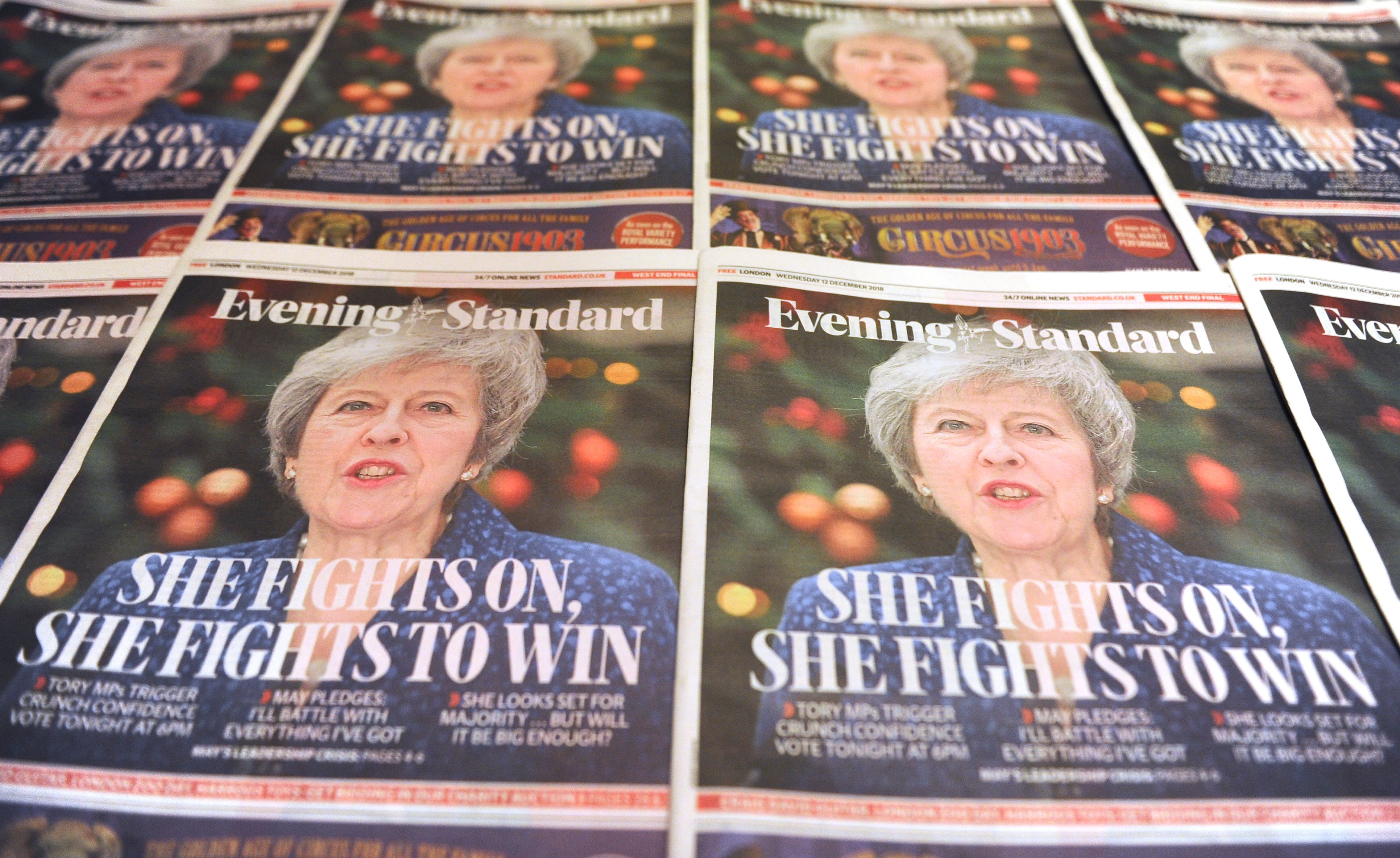 Copies of the Evening Standard, London’s daily free newspaper, with Britain’s Prime Minister Theresa May on the front cover following the confidence vote are arranged in London on Dec. 12, 2018. (DANIEL SORABJI/AFP/Getty Images)

“It is more than two years since the British people voted to leave the European Union on an unambiguous and categorical promise that if they did so they would be taking back control of their democracy,” Johnson wrote in his resignation letter. “We appear to be headed for a semi-Brexit, with large parts of the economy still locked in the EU system, but with no UK control over that system.”

Tensions between the U.K. and EU were extremely high in September when the EU shredded May’s government’s Brexit plan.