WASHINGTON—Democratic lawmakers avoided any comparison of former President Donald Trump lawyer Michael Cohen’s claims of then-candidate Trump directing him to quiet a woman he had an affair with through a hush money payment to Congress’s sexual harassment settlements of former capitol hill staffers.

“They’re totally unrelated,” California Democratic Rep. Jackie Speier told The Daily Caller on Wednesday. She later explained, “One was to impact an election and the other was bad behavior within Congress.” (RELATED: Fitzgibbons: Trump’s Alleged Payment To Stormy Daniels Was Perfectly Legal)

In the wake of Cohen’s sentencing for several charges, including tax evasion, making a false statement to a bank and lying to Congress, House and Senate lawmakers reached a deal Wednesday to change congressional rules on sexual harassment on capitol hill.

The House legislation, which makes members legally responsible for all settlements, and the Senate bill, which limited how much members would have to pay from their own bank accounts, came together. (RELATED: Michael Cohen Sentenced To 36 Months In Prison)

A vote on the measure is expected in the upper and lower chambers within the next two weeks, before Congress adjourns for the year, Republican Missouri Sen. Roy Blunt told National Public Radio.

When pressed further about the Congressional settlements being taxpayer money, as opposed to any money allegedly paid to Stormy Daniels through Michael Cohen, Speier responded, “I’m the one who has carried the legislation to make sure that members are held accountable. These members are now gone. There’s no one left who was sexually harassing.”

“Now that we have a bill that will become law there’s going to be accountability by members. Once members are no longer a member of the House, you can’t really bring actions against them. You don’t have any jurisdiction,” Speier said. 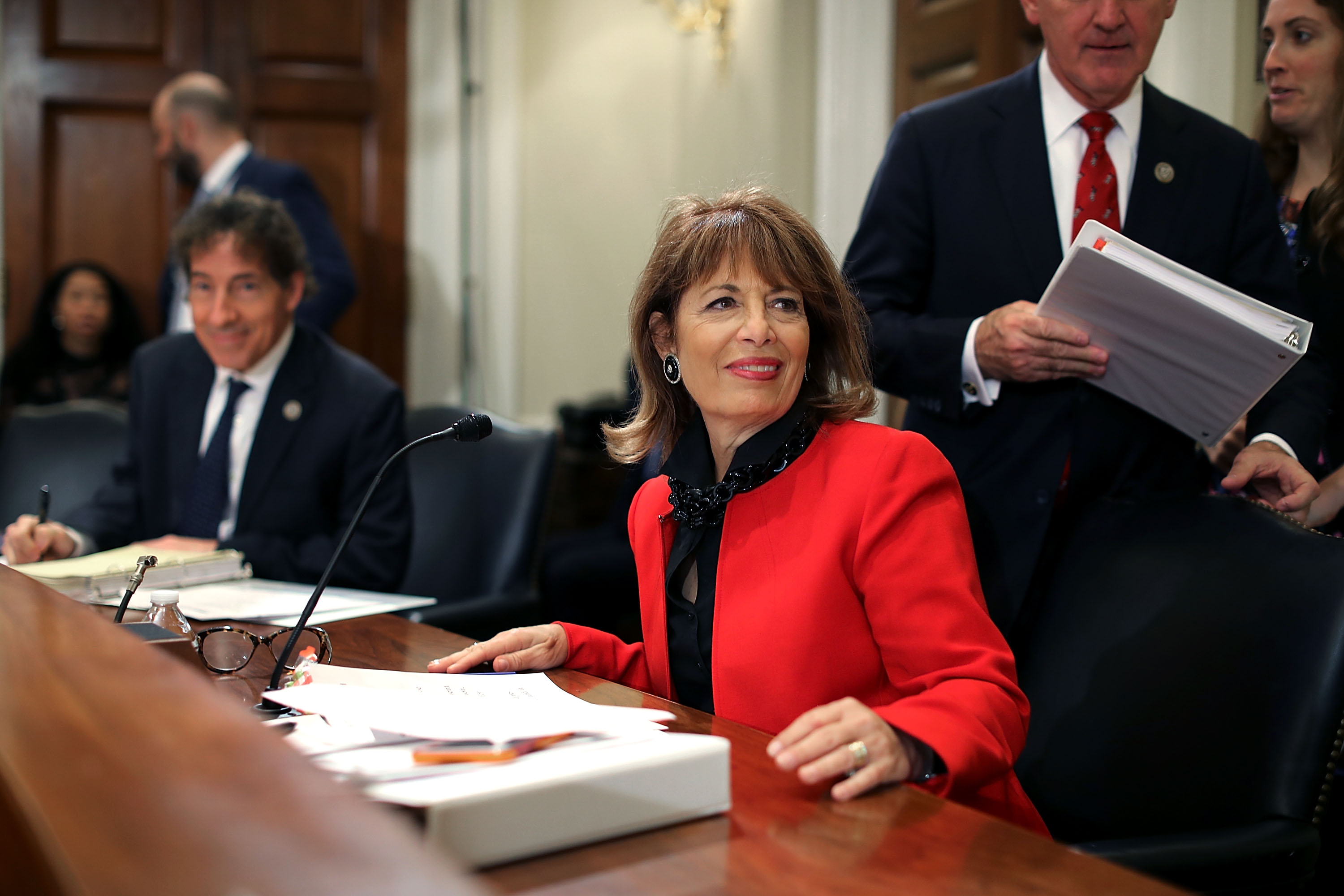 WASHINGTON, DC – DECEMBER 07: Rep. Jackie Speier (D-CA) joins members of the House Administration Committee during a hearing on preventing sexual harassment in Congress in the Longworth House Office Building on Capitol Hill December 7, 2017 in Washington, DC. Committee members and staff tasked with handling sexual harassment cases in Congress agreed that the Congressional Accountability Act of 1995 needs to be revisited and reformed in the wake of recent accusations of harassment and resulting resignations. (Photo by Chip Somodevilla/Getty Images)

Missouri Democratic Rep. Emanuel Cleaver told TheDC he was once on the committee that dealt with sexual harassment issues of staff.

“I can tell you because people can’t talk about it. In some way, it hurts the members of Congress who would like to talk about it. And the reason is some of [the settlements] have nothing to do with anything except settlements for getting rid of somebody in the office … and then they filed a complaint,” Cleaver explained. “And so if it happens to be a complaint against somebody from the other sex then everybody assumes that it was a payment, but I know for a fact — there’s no political push or pull on it. A lot of those members want to talk. But they can’t. It has nothing to do with sex or harassment.”

“I think things are probably going to change. You know,” he continued. “And we’ll get back to people making settlements. It’s done all the time in every industry and yours. Somebody wants to leave and then they leave or they get fired. They file a grievance. And a grievance may not have anything to do with being harassed.”