Two U.S. Marines testified last week that they were attacked by a “mob” of Antifa members who mistook them for participants in a right-wing rally in November.

Alejandro Godinez and Luis Torres testified in a Philadelphia, PA courtroom that they were attending a local event for Marines last month when they were confronted by members of Antifa, including suspects Thomas Massey and Tom Keenan.

Keenan allegedly demanded to know if Godinez and Torres were members of the Proud Boys, a right-wing group that was demonstrating nearby at the time. Godinez explained that he and Torres are Marines, but said that, nonetheless, the group of 10 to 12 Antifa members began mercilessly attacking them.

According to the Marines’ testimony, their attackers started calling them “Nazis” and “white supremacists” while they punched and kicked them. Godinez shouted, “I’m Mexican!” which allegedly caused the attackers to start calling them ethnic slurs like “spic” and “wetback.”

Godinez said he was maced, punched in the head and kicked in the ribs. When the attack was over, Torres called 911 and the pair went to the hospital. Godinez still reportedly has eye issues from being maced and said he may need surgery in the future to deal with his other injuries. 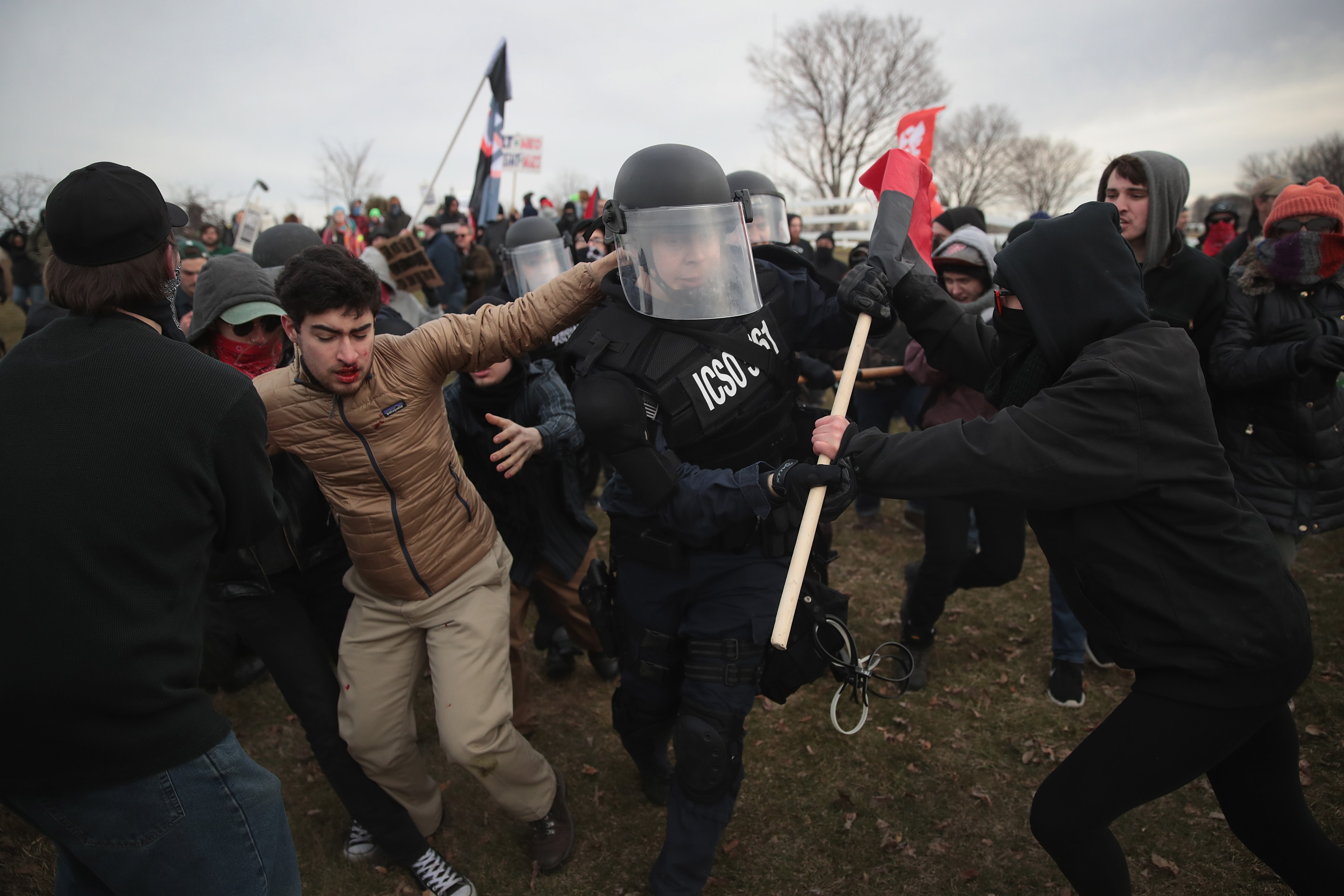 EAST LANSING, MI – MARCH 05: Police clash with demonstrators as they escort people into a speech by white nationalist Richard Spencer, who popularized the term ‘alt-right’, at Michigan State University on March 5, 2018 in East Lansing, Michigan. Spencer was granted permission to speak after suing the university which is currently on Spring break. (Photo by Scott Olson/Getty Images)

Antifa is a group of self-proclaimed “anti-fascists” who believe in combatting their ideological opponents with violent tactics. The group has been lionized by anchors and personalities at CNN, including but not limited to Chris Cuomo and Don Lemon. (RELATED: Five Times The Establishment Media Excused Antifa Violence)

Cuomo infamously compared Antifa activists to soldiers on D-Day and said on his show that he does not believe “all punches are equal.”

Lemon said in August, “No organization is perfect, there was some violence. No one condones the violence. But there were different reasons for Antifa and for these neo-Nazis to be there. One, racist fascists, the other group fighting racist fascists. There’s a distinction there.”