Just a few years ago, Heckler & Koch introduced the VP9, a startlingly good striker-fired pistol suitable for duty or personal protection. While in no way revolutionary, the semi-automatic handgun stands out for a number of little niceties and innovations, almost all of which are appreciated by American shooters. However, one was not, hence the new Heckler & Koch VP9-B.

First, let’s look at what is so appealing about the original pistol. The VP9 is, relatively speaking, an affordable high-end handgun. Heckler & Koch has an enviable and deserved reputation for quality but, of course, that kind of quality usually comes at a steep cost. Not so with the VP9. While not cheap, the VP9 is in the ballpark of premium-quality, striker-fired defensive handguns.

Interchangeable grip panels allow the user to create 27 different grip shapes to best fit their hands for control and comfort.

Moreover, whatever team designed it was distinctly detail-oriented. The pistol doesn’t just feel good in the hand. It comes with differently sized side-panel and backstrap inserts that allow you to make it feel near-perfect in your hand. The top of the backstrap and the area behind the trigger guard are deeply dished to make the trigger easily reachable for even small-handed shooters. The slide lock levers are large, ambidextrous and easily manipulated. A rail with multiple slots runs beneath the dustcover, making it simple to accessorize the pistol with a light, laser or both.

The muzzle is beveled to ease reholstering. Cocking serrations are present on both the front and rear of the slide, but the rear ones have a special enhancement. A subtle pair of ears extends out from each side, right below the rear sight. Too small to snag on anything, the ears nonetheless provide much-improved purchase, making it far easier to rack the slide.

(l.) A beveled slide, front cocking serrations and a multi-slot rail are all part of the VP9-B package. (ctr.) Dots are made with luminous paint, not tritium vials. (r.) Beneath the rear sight are two “ears” that make it easier to rack the slide.

While striker-fired pistols are noted for typically dubious trigger pulls, the trigger pull of the VP9 is virtually match grade. There is the initial takeup, which includes just a little roughness at the midpoint, followed by a distinct wall. The wall is not steep (heavy) and serves as a good indicator of when the trigger is about to break. Light additional pressure, in short order, causes that break—one that is remarkably clean. Without doubt, the VP9 has one of the best factory striker-fired triggers extant.

So what was the problem? One of the pistol’s innovations is inclusion of a magazine release comprised of ambidextrous paddles that dovetail with the bottom rear edge of the trigger guard. (The paddles are incorporated throughout Heckler & Koch’s pistol product line.) They look slick and function flawlessly. In fact, in a vacuum, they are better than a push-button magazine release. Their contour makes them snag free.

Moreover, they are both difficult to accidentally activate, yet hard to miss when you seek to employ them. They also “make sense” in terms of the sensation of releasing your mag. You push the lever down, which is the direction in which you want the spent magazine to go. It feels more natural and logical than pressing in on a button to send the magazine down and out of the gun. 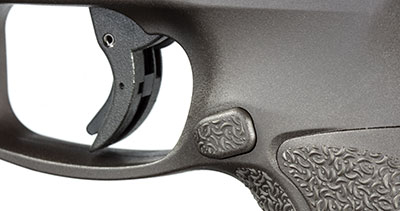 Instead of the trigger-guard-mounted levers of the VP9, the VP9-B has a traditional push-button magazine release.

As we said, in a vacuum the magazine-release levers were a terrific idea. If you’ve never shot a gun before, they make ergonomic sense. Or, if you are going to have and use only one gun or brand of gun, the levers might be the way to go. Unfortunately, we don’t exist in a vacuum. American shooters likely to purchase a VP9 own or have owned multiple brands of semi-automatics and have been shooting them for some time.

Virtually all U.S. shooters learn to drop a magazine by pressing a button (a few heel-release guns notwithstanding). Sure, you can adapt quickly enough on the range while practicing, but what happens in the stress of a gunfight? Will you remember how this one brand of pistol’s manual-of-arms differs from that of virtually every other popular carry gun? Do its other virtues make it worth the risk? (In Heckler & Koch’s defense, the company sells guns in countries other than the U.S., countries where, yes, the consumer might be able to own only one gun.)

Enter the VP9-B. It is simply the VP9 with a reversible push-button magazine release. In all other ways, it is the same as the original, with all the quality and all the niceties. We took it down to the range to make sure and, yeah, it functions just fine with the right ammunition, and the stippled magazine-release button works as well as the rest of the gun.

It may seem a small thing, but it would be a shame if something as seemingly minor as a magazine release prevented American consumers from purchasing what is one of the best self-defense pistols made. And, in truth, a magazine release really isn’t minor at all, so kudos to Heckler & Koch for recognizing that and responding to Americans’ particular needs. 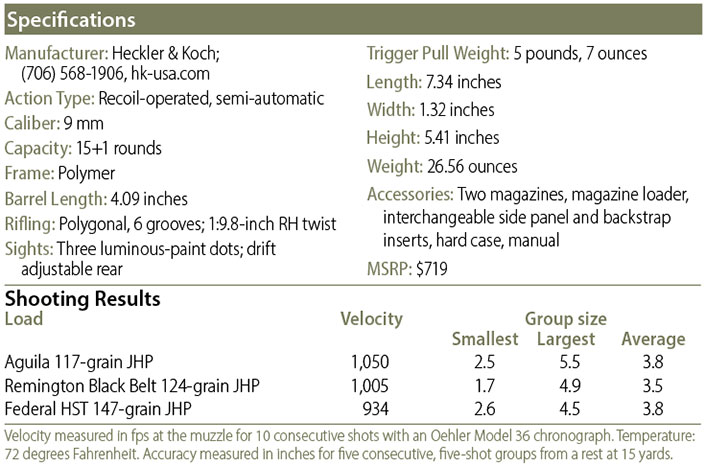 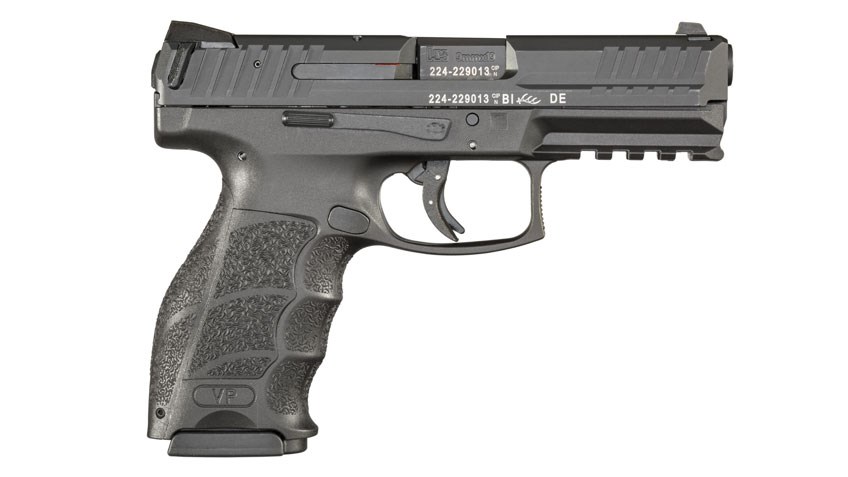