Fox News reporter Peter Doocy confirmed on Friday that Capitol Hill was basically a ghost town, revealing that he had only seen one Democrat — and that lawmaker didn’t seem interested in “talking about policy.”

Doocy, reporting from Capitol Hill on Friday morning, said that he had seen no indication that Democratic lawmakers intended to give an inch in the border-wall-funding fight. “No sign really of any Democratic lawmakers on the hill. The only Democrat we could find yesterday wasn’t even talking about policy. He was poking fun at the president.”

Doocy was referring to Massachusetts Democratic Rep. Jim McGovern, who had said a day earlier, “I think it’s an embarrassment any time the government shuts down, and this being no exception. We ought to work at it until we get an agreement or the majority say yes.” (RELATED: Ocasio-Cortez’s Green New Deal Gains Big Backer But Shows Signs Of Falling Apart)

That’s when McGovern turned on President Donald Trump, saying, “I think we had that until the president, you know, went off his meds and who the hell knows what happened?” 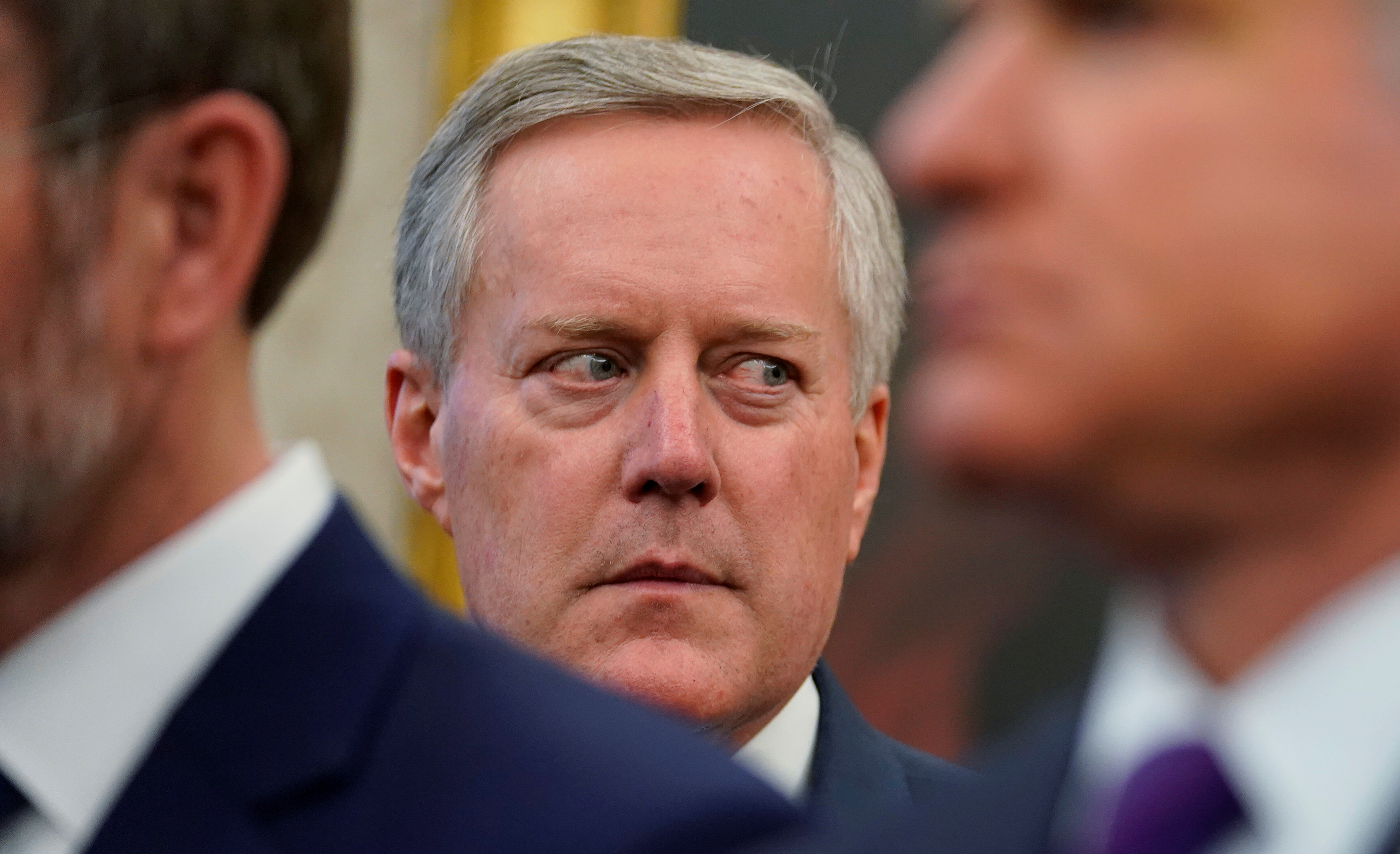 Rep. Mark Meadows (R-NC), reported to be under consideration to be U.S. President Donald Trump’s next White House Chief of Staff, watches as the president talks to reporters after signing the Iraq and Syria Genocide Relief and Accountability Act of 2018. REUTERS/Jonathan Ernst

Doocy went on to explain that the president may have reversed course under pressure from the House Freedom Caucus. “President Trump was pushed not to accept anything less than $5 billion for the border wall by conservatives in the Freedom Caucus whose leader is now accusing Democrats of negotiating on this issue in bad faith,” he said.

North Carolina Republican Rep. Mark Meadows, the Freedom Caucus chairman, has predicted that the shutdown is likely to drag on for some time.