Authorities announced the find Wednesday, hailing the discovery as significant not only because it is a whole temple, but also because archaeologists previously only discovered carvings of the deity, named Xipe Totec, which was depicted as a skinned human corpse.

Mexico’s National Institute of Anthropology and History said archaeologists found the temple in the state of Puebla during excavations of the Popoloca Indian ruins, according to The Associated Press. (RELATED: Aztec Human Skull Tower Found In Heart Of Mexico City [VIDEO])

Archaeologists discovered depictions of the deity in ruins belonging to other cultures, like the Aztecs and the Mayans. Historians assert Aztec priests worshipped Xipe Totec by flaying victims who either fell in ritual gladiatorial combat or were executed with arrows. The priests would then wear the skins of the victims for a period of days and then store the skins. The sacrifice, skinning and storing would each take place at separate sites.

The discovery included two skull carvings and a stone trunk depicting “The Flayed Lord” with an extra hand hanging off one of its arms, suggesting the deity is wearing a victim’s skin.

Archaeologists said the Popolocas built the temple between A.D. 1000 and 1260 at a site known as Ndachjian-Tehuacan, which the Aztecs eventually conquered. 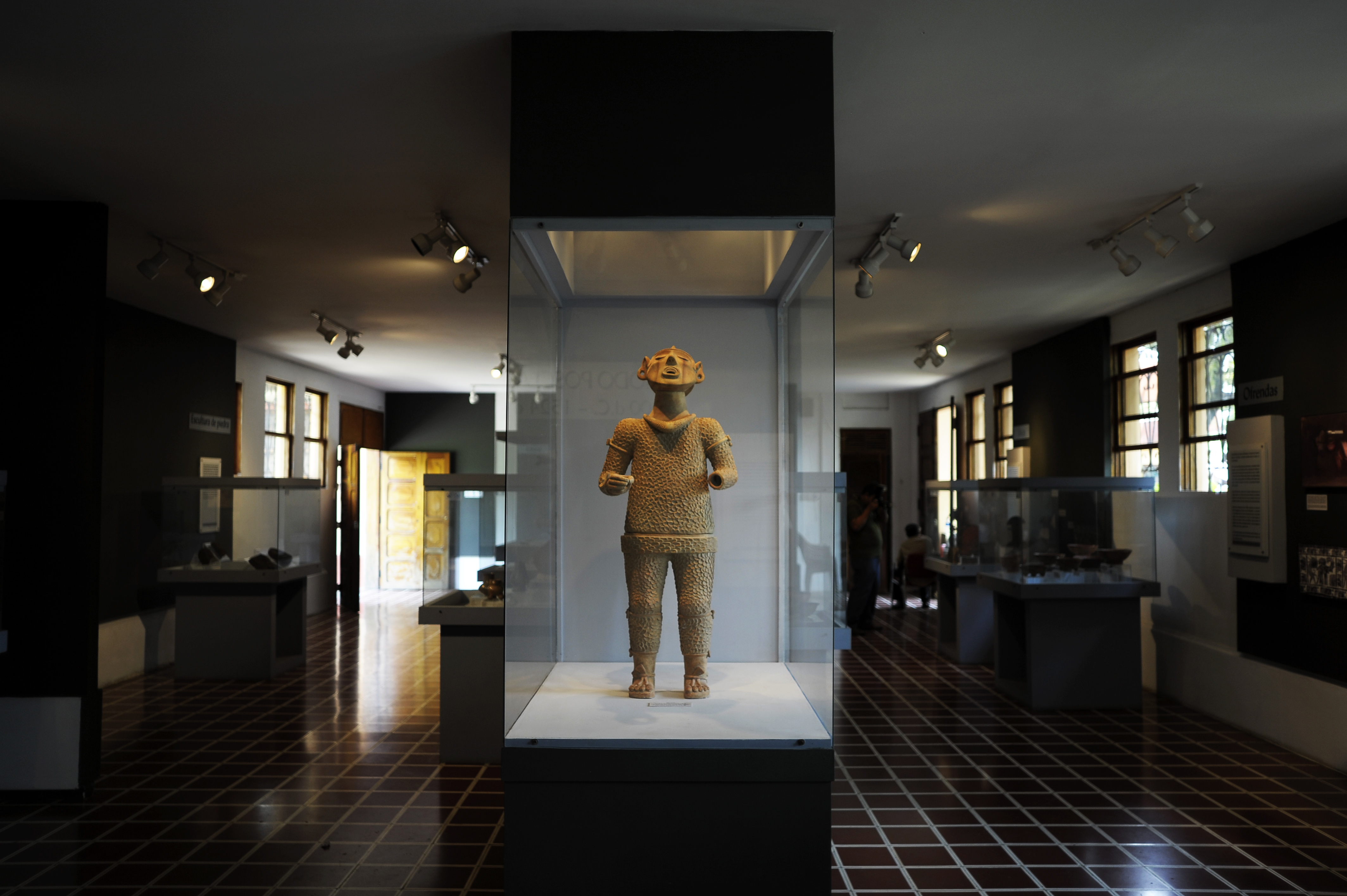 An image of ancient Mayan and Aztec god Xipe Totec, at the museum of El Tazumal archaeological site in Chalchuapa, 79 km west of San Salvador, on June 28, 2012. Japanese and Salvadorean archaeologists are searching in the site to discover to which one of two ethnic groups –Mayan or Orlmec– belonged El Tazumal’s originary population. AFP PHOTO/Jose CABEZAS (Photo credit should read Jose CABEZAS/AFP/GettyImages)

Susan Gillespie, an archaeologist from the University of Florida, clarified the discovery of the stone trunk depicting the wearing of human skin indicates the worship of Xipe Totec was associated with a particular temple. The temple, however, was not necessarily the site of human sacrifice.

“If the Aztec sources could be relied upon, a singular temple to this deity (whatever his name in Popoloca) does not necessarily indicate that this was the place of sacrifice,” Gillespie wrote, according to the AP. “The Aztec practice was to perform the sacrificial death in one or more places, but to ritually store the skins in another, after they had been worn by living humans for some days. So it could be that this is the temple where they were kept, making it all the more sacred.”