Three American war heroes took a photo on the House floor Thursday after being sworn in to Congress.

All of the congressmen are former members of the military who have received the Purple Heart. The photo included Texas Rep. Dan Crenshaw, a Navy SEAL who lost his eye in a terrorist attack on a tour of duty, Indiana Rep. Jim Baird, who lost his left arm during the Vietnam War and Florida Rep. Brian Mast, who lost both legs while serving in the Army after an IED explosion in Afghanistan. 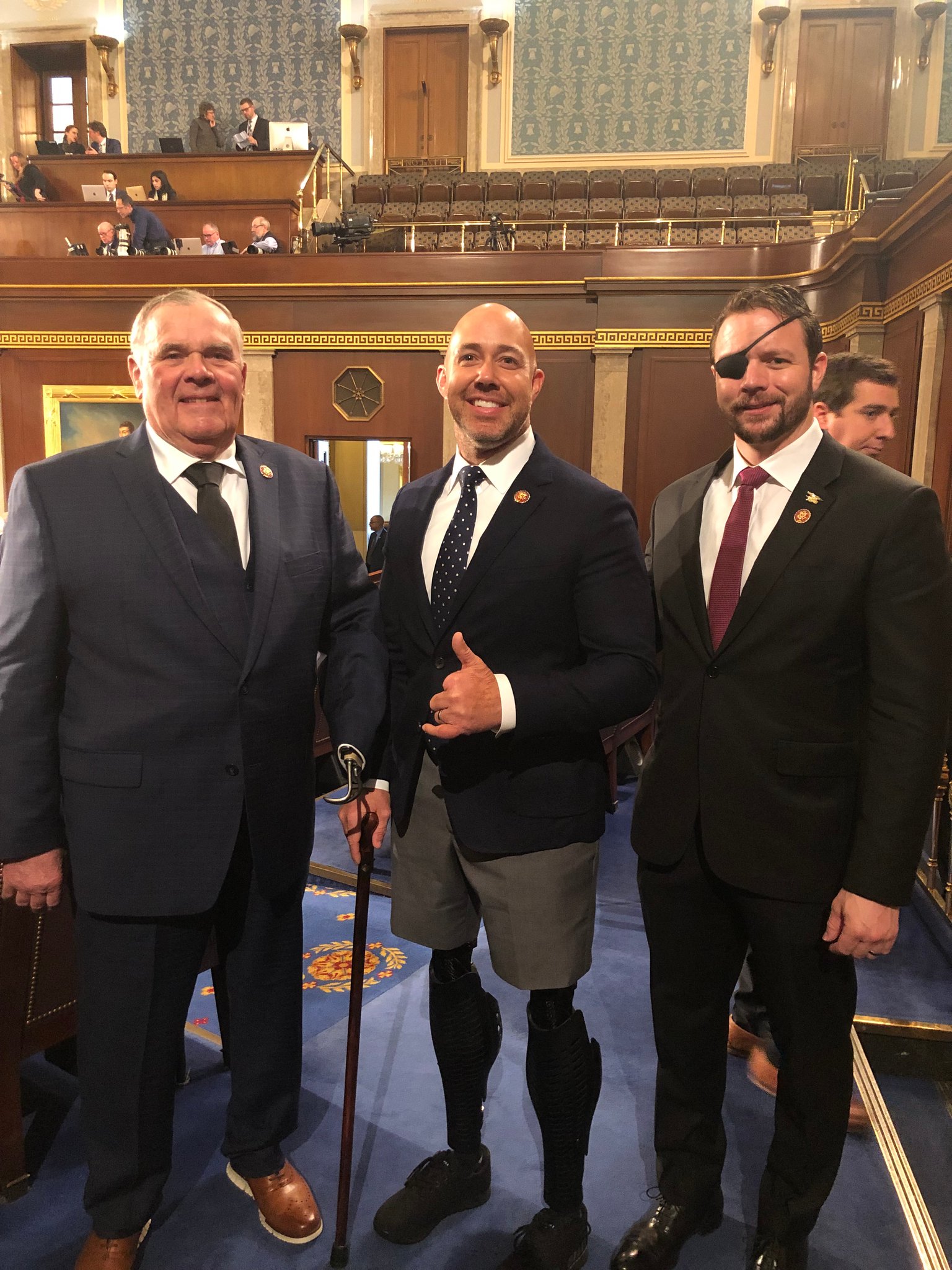 The tweet quickly went viral, amassing 10,000 retweets in the first few hours. Crenshaw rose to fame earlier in the fall after SNL comedian Pete Davidson mocked his eyepatch and injury. Crenshaw later joined the show to make fun of the comedian himself.