The first week of 2019 in Ireland was marked by legal abortion and accompanying protests in the Catholic-turned-progressive nation.

A pro-life protest at a hospital in Galway garnered widespread media attention after advocates surrounded the facility with signs reading, “Say no to abortion in Galway,” and “Real doctors don’t terminate their patients,” The New York Times reported.

Abortion was illegal in Ireland, until citizens voted to legalized abortion in a nation-wide referendum on May 26. “What we have seen today is a culmination of a quiet revolution that has been taking place in Ireland for the past 10 or 20 years,” Prime Minister Leo Varadkar said following the referendum.

The Regulation of Termination of Pregnancy Bill allows elective abortions up to 12 weeks in pregnancy, with exceptions for cases where the mother’s life is endangered by continuing the pregnancy or where the baby will be born with a fatal abnormality.

The bill was first introduced in October and has been amended to include a review of the legislation three years after its implementation, BBC reported. The bill was originally slated to undergo review five years post-implementation.

Following protests at the Galway private hospital, calls erupted from pro-abortion advocates for protective zones to be implemented around clinics and hospitals.

“It’s about generally sending a message about access, sending a message that it’s no longer permissible to stigmatize and intimidate and mislead and obstruct women who are accessing a legal service,” Birmingham University lecturer Mairead Enright said, TheNYT reported. She is a member of the advocacy group Lawyers for Choice, which “work[s] to improve public understanding of Irish abortion law,” according to its Twitter handle.

Health Minister Simon Harris promised to protect women going to clinics and hospitals for abortions, The Irish Independent reported Saturday. Taoiseach Varadkar echoed Harris’ promise. “Accessing a medical service, particularly something like abortion, is a very private, very personal thing and I don’t think it’s right to protest outside hospitals,” he said according to the Independent. (RELATED: Northern Ireland’s Citizens Want Abortion Decriminalized, According To Poll) 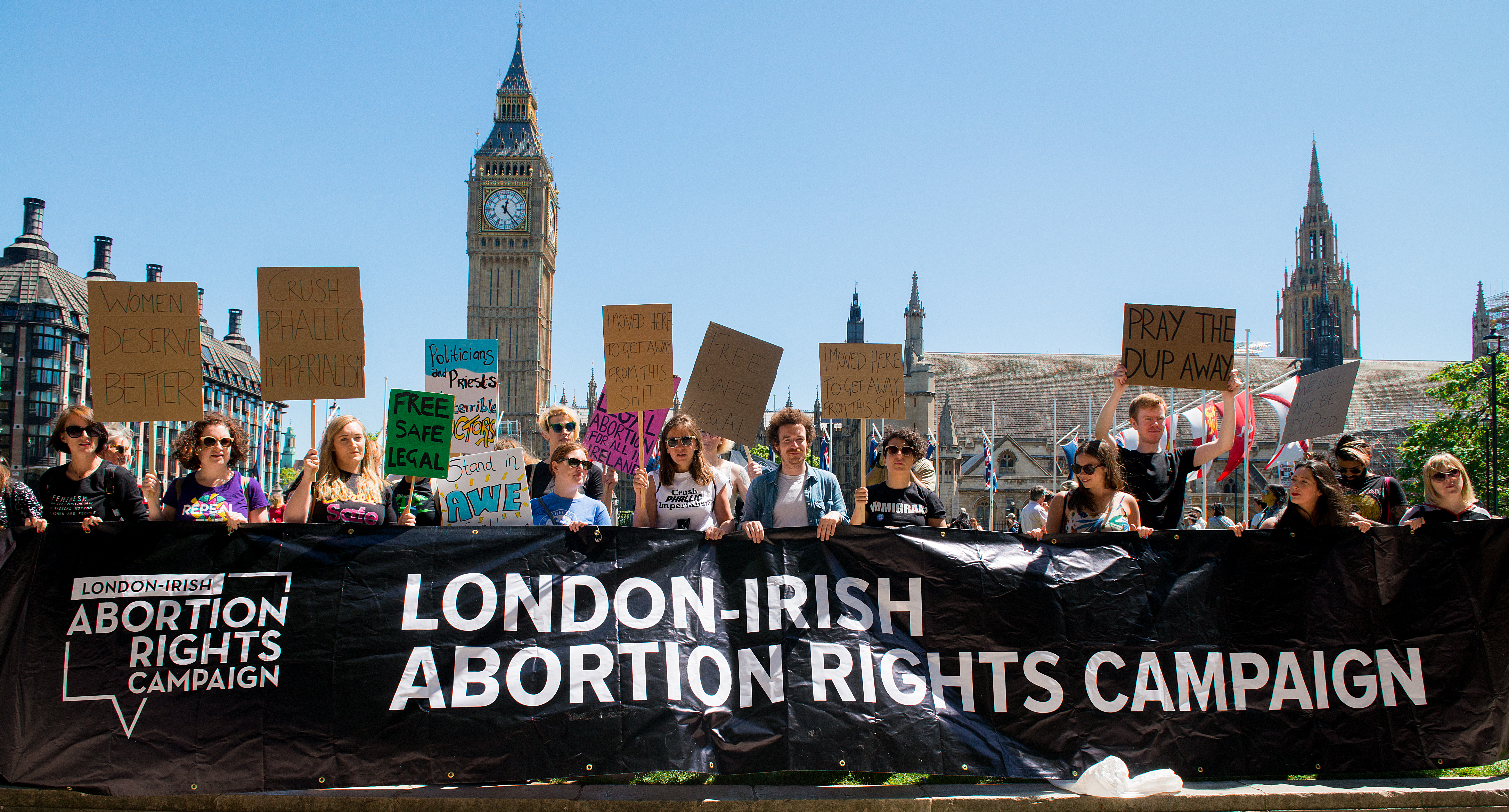 Pictured is a demonstration at Parliament Square, in central London, in protest of Theresa May’s Tory government and its alliance with the Irish Democratic Unionist Party in June 2017. Shutterstock/John Gomez

Irish media mogul Declan Ganley pushed back against the promised protections. “Abortion providers are going to be protested & picketed in Ireland, it happens in other democracies it will happen here & it will intensify. It is a democratic right,” Ganley tweeted Saturday.

Abortion services are still premature in the nation as it works out coverage and identifies doctors able and willing to perform abortions. Women will access abortion services largely through a 24-hour “My Options” helpline, according to The Irish Times.

Roughly 200 physicians have indicated they will perform abortions, according to Harris. Abortion doctors are not listed for at least four counties in the country, however, raising concerns among activists about abortion access, according to TheNYT.

“Many of us from America went to Ireland to warn the public about their future if abortion were to be legalized. The Irish people didn’t listen. … We told them. We warned them. We have done what we can,” former Planned Parenthood director and And Then There Were None founder Abby Johnson told The Daily Caller News Foundation Monday. “Now it will be up to the Irish people to undo what they have done.”

Northern Ireland is one of the few European regions that still bans abortions.