President Donald Trump announced Thursday that he will be cancelling his scheduled appearance at the World Economic Forum in Davos, Switzerland, citing the importance of national security amid the partisan battle on border security.

“Because of the Democrats intransigence on Border Security and the great importance of Safety for our Nation, I am respectfully cancelling my very important trip to Davos, Switzerland for the World Economic Forum,” Trump tweeted.

“My warmest regards and apologies to the [WEF]!” he added.

Because of the Democrats intransigence on Border Security and the great importance of Safety for our Nation, I am respectfully cancelling my very important trip to Davos, Switzerland for the World Economic Forum. My warmest regards and apologies to the @WEF!

The president’s announcement came as he arrived in McAllen, Texas, for meetings with Border Patrol agents and to draw attention on what he and the White House have deemed a humanitarian and national security crisis at the border. (RELATED: CNN’s Jim Acosta Says There’s No Border Crisis Near Texas Border Wall)

Trump had planned to attend the Jan. 22-25 summit, as he did in 2018, but cited Democratic “intransigence” on border security as the country enters its 20th day of a partial shutdown.

Congressional leaders met with the president Wednesday in an effort to end the shutdown and comprise a negotiation on the border wall, but Trump claimed it was “a total waste of time.”

Just left a meeting with Chuck and Nancy, a total waste of time. I asked what is going to happen in 30 days if I quickly open things up, are you going to approve Border Security which includes a Wall or Steel Barrier? Nancy said, NO. I said bye-bye, nothing else works!

Trump has repeatedly demanded $5.7 billion for the construction of a steel barrier to span 234 miles of the nation’s southern border.

The president is also asking for $675 million “to deter and detect narcotics, weapons, and other materials crossing our borders,” as well as funds to hire more Border Patrol agents and Immigration and Customs Enforcement personnel. 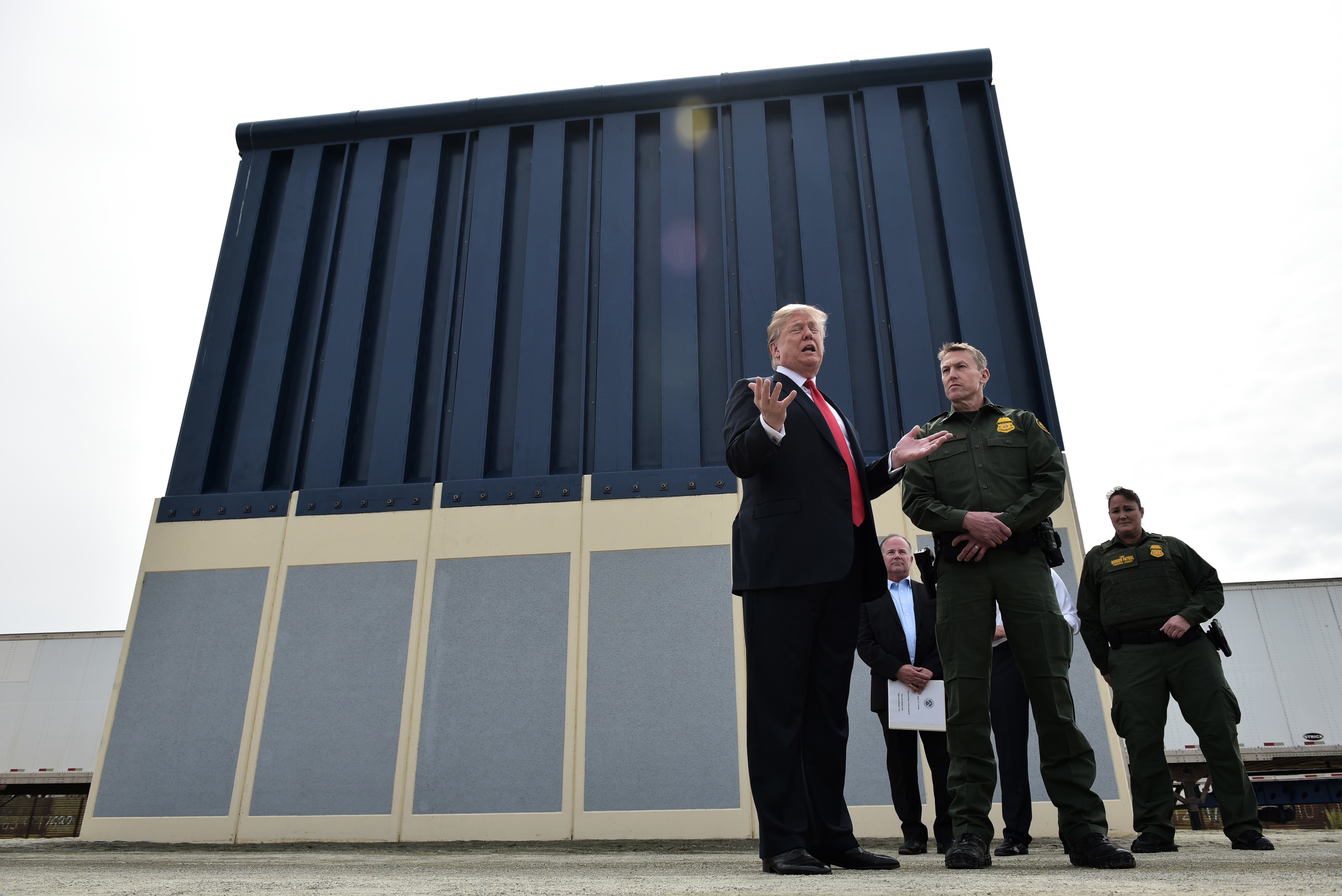 Trump warned Thursday that he hasn’t ruled out declaring a national emergency in order to get his funding for the wall after Speaker of the House Nancy Pelosi again rejected funding in Wednesday’s meeting.

“I have the absolute right to declare a national emergency, the lawyers have so advised me,” Trump told reporters Thursday.