Filipino President Rodrigo Duterte called on the Catholic Church Friday to allow its priests to have boyfriends, alleging “most priests are gay.”

Duterte made his latest tirade against the church during a groundbreaking ceremony for a new school, doubling down on his previous claim that “almost 90 percent” of Catholic clergy are gay. His comments came weeks after he called bishops “useless fools” who should be killed during a Dec. 6 speech at the presidential palace. (RELATED: Catholic Bishops To Invoke God’s Justice Against Duterte With Prayer And Fasting) 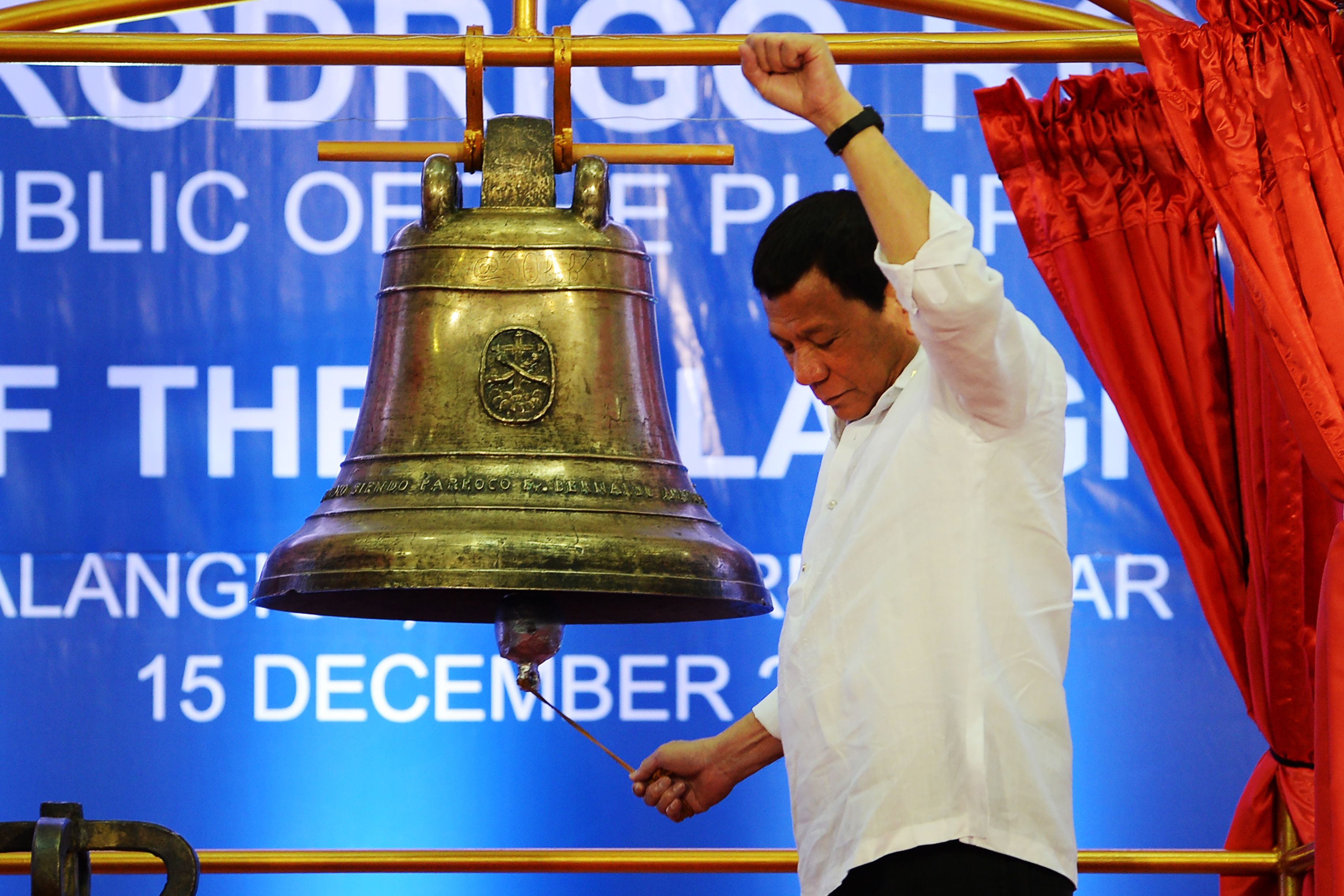 Philippine President Rodrigo Duterte raises a clenched fist as he rings one of the three Balangiga church bells during a ceremony in Balangiga in Eastern Samar province on December 15, 2018. (TED ALJIBE/AFP/Getty Images)

“Only I can say bishops are sons of b*****s, damn you. That is true. Most of them are gay,” Duterte said, according to the Daily Mail. “They should come out in the open, cancel celibacy and allow them to have boyfriends.”

Duterte has a history of lashing out against Catholic clergy, largely in response to their criticism of his brutal war on drugs. He called God “stupid” and a “son of a b****” in June 2018, then apologized to God publicly after fervent outcry from Catholic faithful and church leaders. He then questioned the logic of the doctrine of Original Sin and challenged the existence of God in July of that year, saying he would resign if someone could prove God existed.

Duterte promised to stop his rants against the church after Catholic leaders invoked God’s justice against him. He did not keep his promise for long.