Hawaii Democratic Representative Tulsi Gabbard announced she will run for president in 2020 on Friday. She made the announcement during a prerecording of CNN’s Van Jones’ show which airs on Saturdays.

“I have decided to run and will be making a formal announcement within the next week,” she said, according to CNN.

“There are a lot of reasons for me to make this decision. There are a lot of challenges that are facing the American people that I’m concerned about and that I want to help solve,” Gabbard added. “There is one main issue that is central to the rest, and that is the issue of war and peace.” (RELATED: Tulsi Gabbard Chides Fellow Democrats For Anti-Catholic Bigotry)

RNC Spokesman Michael Ahrens told TheDC, “Tulsi Gabbard has an even bigger problem than her lack of experience – it’s that she has no base of support. Liberals think she’s too conservative, conservatives think she’s too liberal, and just about everyone thinks her coziness with Bashar al-Assad is disturbing.” 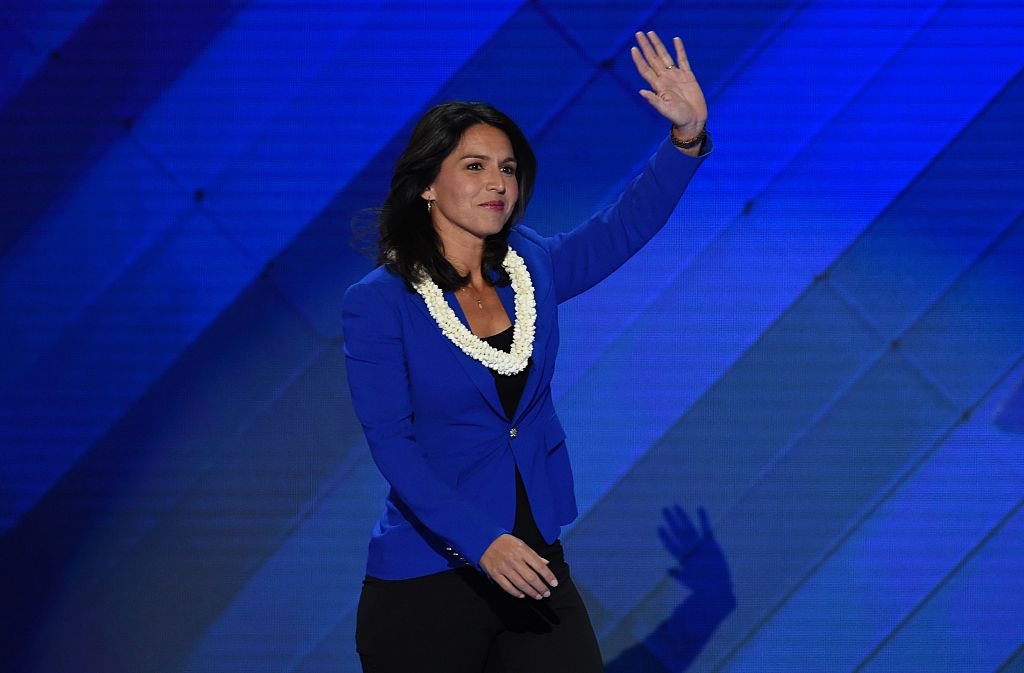 The Hawaii Congresswoman previously accused the president of being “Saudi Arabia’s bitch” after being unhappy with the president’s response to the murder of Washington Post columnist Jamal Khashoggi.

Gabbard, a major in the Army National Guard who spent time overseas, has been accused of apologizing for Syrian President Bashar al-Assad due to her opposition to U.S. involvement in the civil war there. (RELATED: Democratic Congresswoman Says US Funding And Arming ISIS)

She also angered members from both parties in early 2017, when she met with Assad during a fact-finding trip to Syria.

Gabbard will be vying for the Democratic nomination against a litany of other Democrats. So far, the biggest name to throw her hat in the ring is Massachusetts Senator Elizabeth Warren, who made the announcement slightly over a week ago that she had launched an exploratory committee. Others who are considering running for president include California Rep. Kamala Harris, former Vice President Joe Biden, and Sanders.