The founder of one of the groups reportedly behind a misinformation campaign during the 2017 Alabama special election appeared to confirm elements of a ruse in a 2017 tweet, despite denying the caper in recent reports.

“Russian trolls tracked by #Hamilton68 are taking an interest in the AL Senate race. What a surprise,” Morgan wrote in a Nov. 10, 2017 tweet, which mentioned Hamilton68, a dashboard operated by the Alliance for Securing Democracy.

His tweet came less than a month before NK reportedly created an internal report documenting crucial elements of the campaign. Morgan’s comments also suggests he was speaking about the alleged Russian bots as if they were a matter of fact.

Russian trolls tracked by #Hamilton68 are taking an interest in the AL Senate race. What a surprise. pic.twitter.com/Nz1PNmuT2R

NK also provided the Senate Intelligence Committee a report in December 2018 highlighting the extent to which trolls injected themselves into the U.S. political system. The Senate report also claimed Russia specifically targeted black people on social media. Morgan, for his part, has repeatedly argued that Moscow’s meddling places democracy in peril. 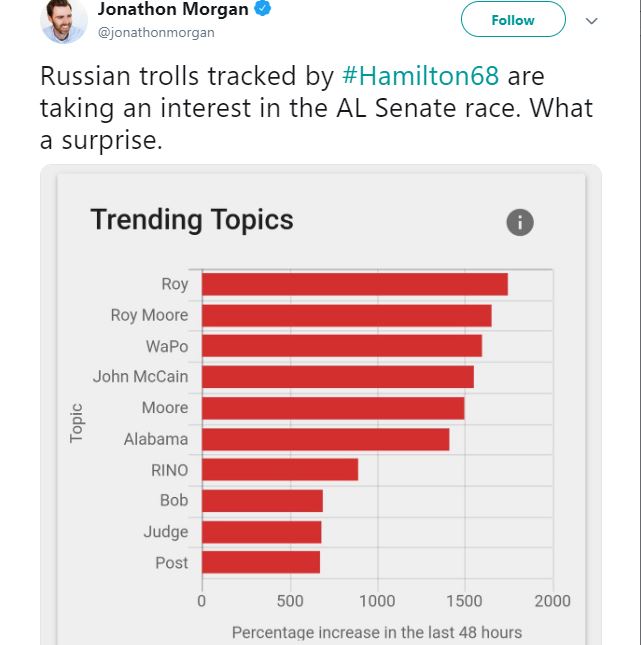 Jones, who barely won that year’s election, has previously expressed a desire to have federal authorities probe the matter.

Project Birmingham, as the campaign came to be known, was a product of activist Mickey Dickerson’s start-up, American Engagement Technologies, or AET. He expressed a desire to fight back against those who he believes attacked former Secretary of State Hillary Clinton, The NYT reported. 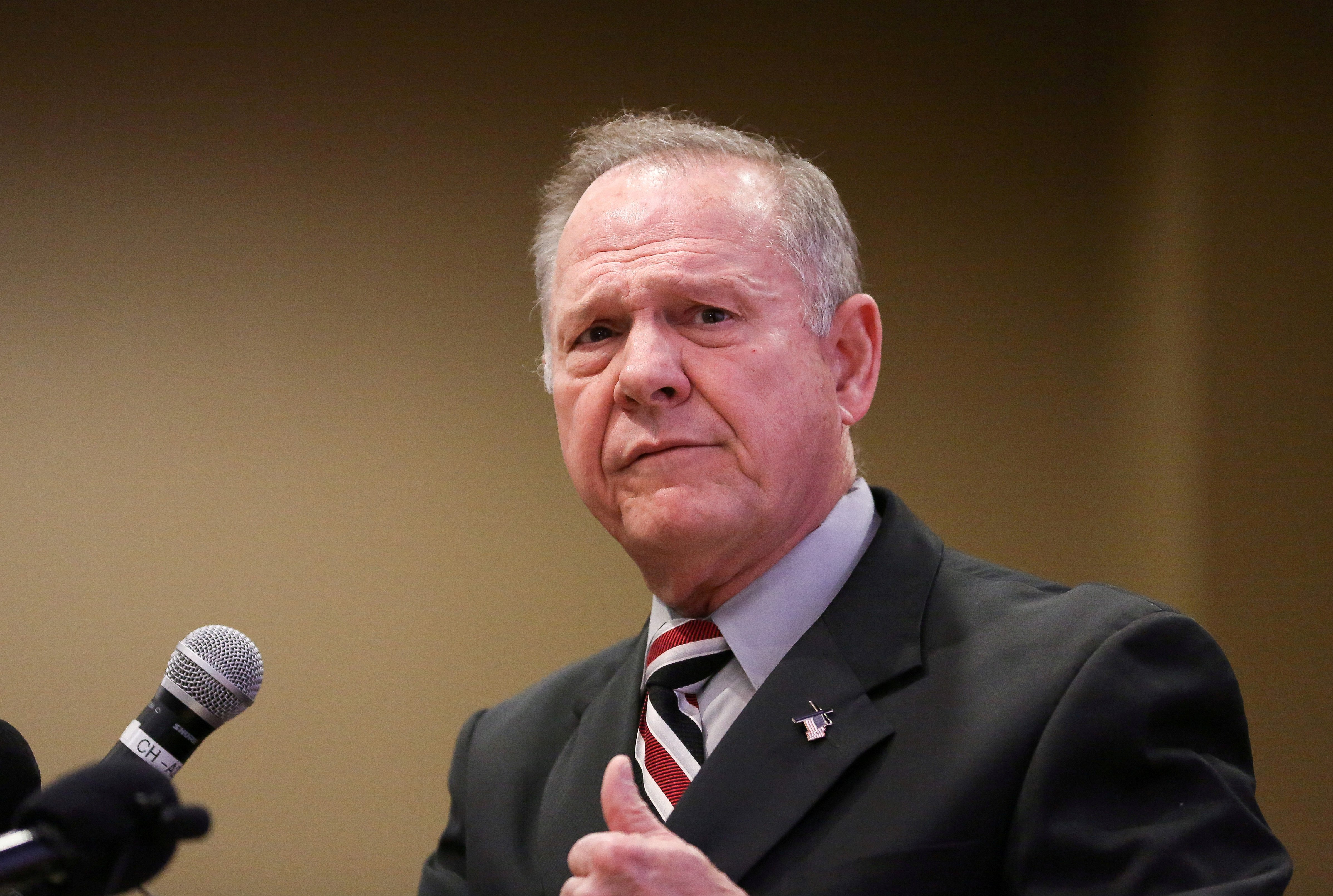 Dickerson, who worked on former President Barack Obama’s 2012 campaign, finally responded to reporters Monday after a prolonged silence. He has not yet provided The Daily Caller News Foundation with a statement explaining Morgan’s role in the project, but the timeline suggests Dickerson discovered the caper after Morgan’s tweet.

“I received the report in early 2018, which is when I first learned about the false flag and write-in tactics,” Dickerson said in a press statement. He also argues that he edited the internal report documenting the project, which lays out in detail the methods and tactics NK employed to place thoughts into the minds of Facebook consumers.

“We orchestrated an elaborate ‘false flag’ operation that planted the idea that the Moore campaign was amplified on social media by a Russian botnet,” NK’s 12-page report notes, according to The NYT. (RELATED: Fusion GPS-Linked Group Worked With Tech Company Tied To Russian ‘False Flag’ Operation)

Morgan has not yet responded to TheDCNF’s request for comment about his knowledge of the project. NK is not the only Democratic group involved in trolling conservative voters.

Operatives created a “Dry Alabama” Facebook page during the election with a blunt message attached: Alcohol is evil and should be prohibited, according to a separate NYT report on Monday. The page included images of car wrecks and ruined families, and its contents targeted business conservatives who are inclined to oppose prohibition.

Two wealthy Virginia donors who wanted to defeat Moore funded the project, according to a person who worked on the project and who spoke on condition of anonymity. Both projects cost $100,000 each and were designed to help Jones and hurt Moore.