Pacific Gas & Electric, California’s biggest utility, faces at least $30 billion in liabilities claims over massive wildfires, which activists and some policy experts say is a sign of the escalating risk of global warming to businesses.

“Climate change had little to do with either the Camp Fire of this November or the Wine Country Fire of October 2017,” Mass told The Daily Caller News Foundation. PG&E is liable for damages its equipment caused in massive California wildfires over the past two years.

However, a slew of media reports published in the wake of PG&E’s bankruptcy announcement Monday suggest global warming might be a factor in the company’s demise. 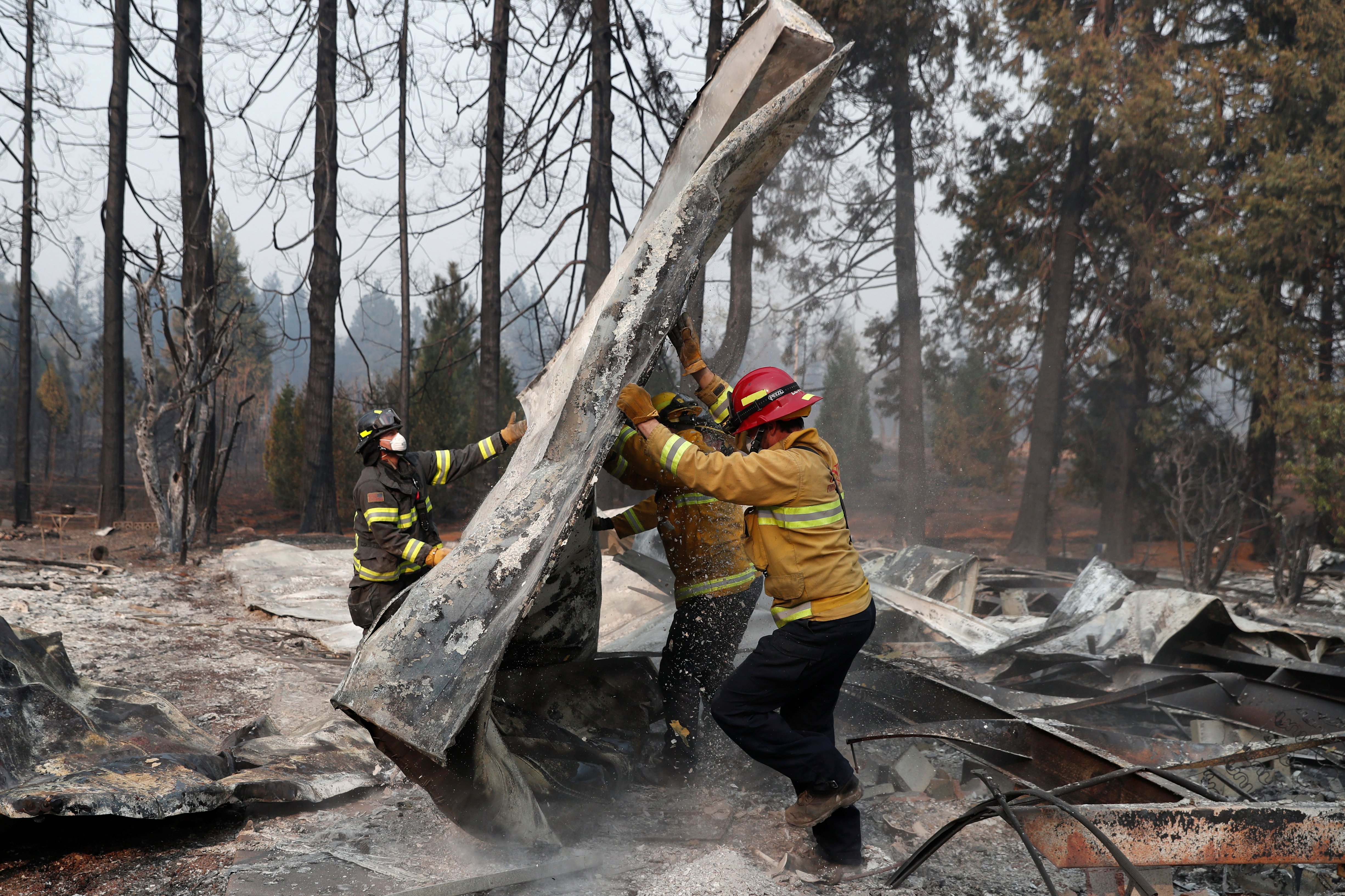 The New York Times reported that “energy experts” see PG&E’s pending bankruptcy as “one of the first major financial casualties from climate change — and far from the last.” Bloomberg News called it “the biggest warning yet about the financial risks of climate change.”

Wildfires “turned PG&E into a poster child for climate-change dangers,” Bloomberg reported, though it’s not clear PG&E will invoke the climate defense in its bankruptcy filing. Still, the company spent months promoting that argument.

Former PG&E CEO Geisha Williams, who stepped down Sunday, said the company was facing “climate-driven extreme weather,” like devastating wildfires. PG&E used the argument to lobby California lawmakers to change state law, which currently holds utilities liable for wildfires sparked by their equipment even if they weren’t negligent.

California’s legislature passed a bill last year that allowed PG&E to bill ratepayers for wildfire liabilities during 2017, which critics dubbed a “bailout.” However, that legislation did not allow the utility to bill its customers for any 2018 wildfires it’s found liable for.

“It’s what we’ve all been warning each other about for a long time. There will be impacts and they will be big,” Weiskopf said. 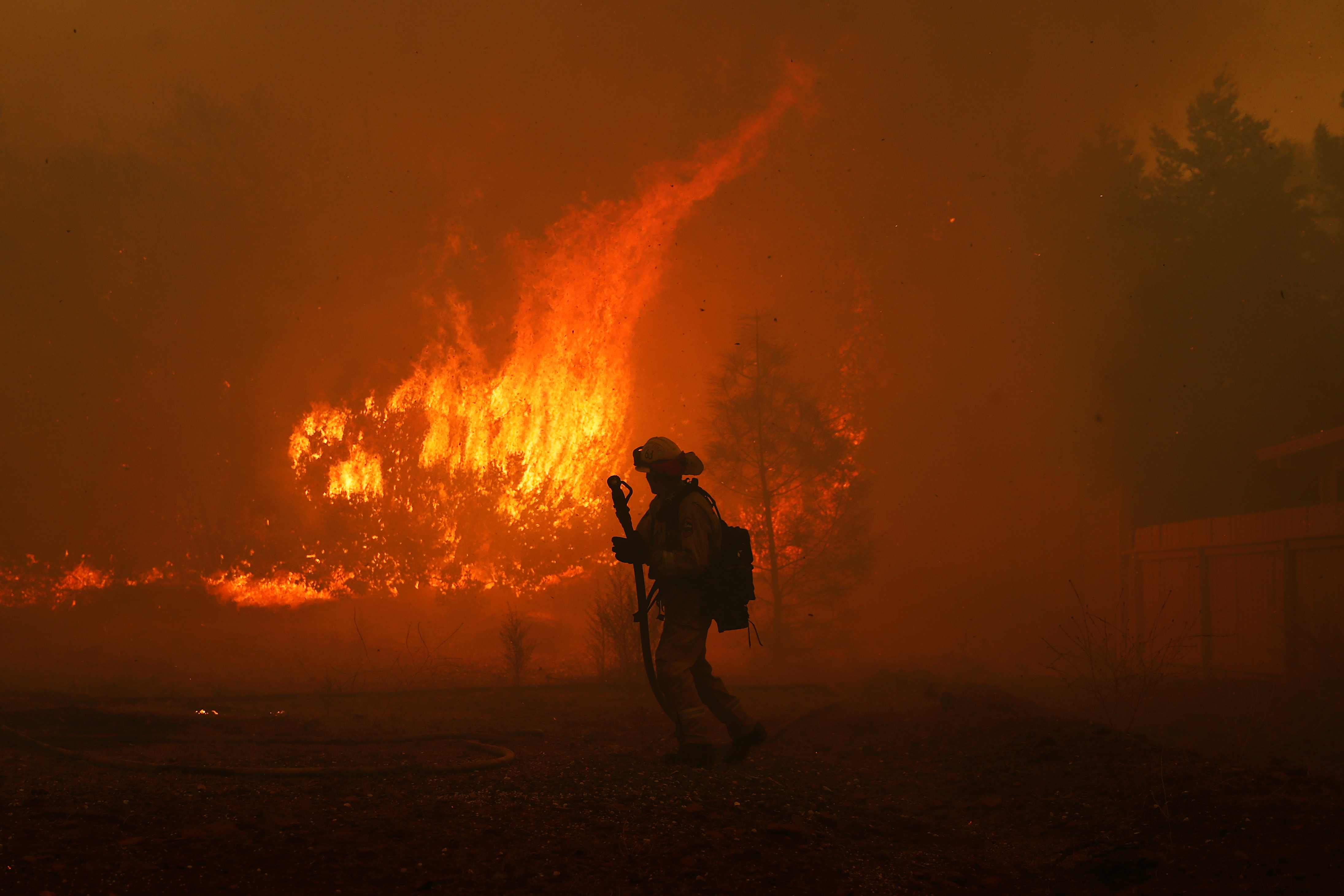 A Cal Fire firefighter monitors a fire near a home while battling the Camp Fire in Paradise, California, U.S. November 8, 2018. REUTERS/Stephen Lam.

State officials blamed PG&E power lines and equipment for more than a dozen wildfires that swept across Northern California in October 2017, and investigators are looking into whether or not the utility’s equipment sparked 2018’s deadly Camp Fire.

Environmentalists and some climate scientists say the fires were made worse by global warming. As The New York Times explained, “[r]ising global temperatures driven by man-made greenhouse gas emissions are drying out Western forests and leading to more intense and long-burning wildfires.”

But Mass said the Camp Fire and wine country fires of 2017, while tragic, had little to do with global warming. (RELATED: Kathy Castor’s Latest Remarks Make It Clear Her Party’s Not Listening To Ocasio-Cortez)

“The fires were associated with a failing and poorly maintained power infrastructure, strong Diablo winds, and people living in appropriate locations on the wildland-urban interface,” Mass said. 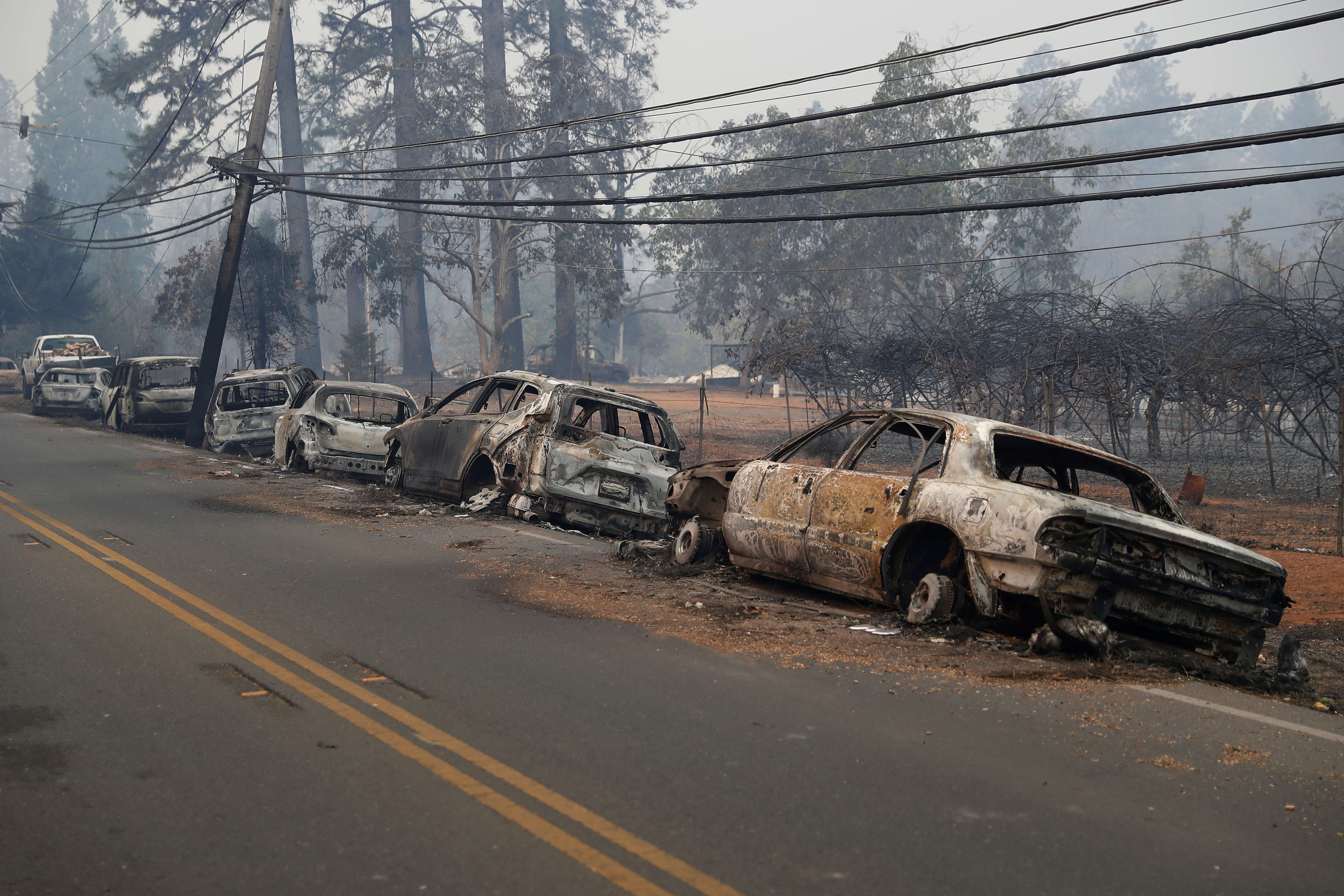 A row of burned vehicles are seen on Skyway during the Camp Fire in Paradise, California, U.S. November 9, 2018. REUTERS/Stephen Lam.

“Minor contributors include a long history of fire suppression and flammable invasive species brought in by humans,” Mass said. “None of these factors had anything to do with climate change, either natural or anthropogenic.”

Linking individual fires to global warming is a tricky proposition. Such studies, called “attribution” studies often rely on running climate models to generate theoretical scenarios of what might have happened without increased carbon dioxide in the atmosphere.

Indeed, the 2016 National Academies of Science’s review of attribution studies found wildfires among the least reliable disasters to link to global warming. NAS noted “the risk of any individual fire depends on past forest management, natural climate variability, human activities in the forest” and rated the confidence in wildfire attribution studies as “low.”

One chart to always consult on our current understanding linking climate change to weather events:

Likewise, the 2017 National Climate Assessment found “low to medium confidence for a detectable human climate change contribution” for wildfires in the western U.S. based on existing studies.