Tens of thousands of furloughed federal workers were called back into work Tuesday without pay as important governmental jobs lay undone due to the partial shutdown.

Aviation, food, drug and medical inspectors were among the 50,000 federal workers called back into the office and asked to work without pay, The Washington Post reported, part of 800,000 federal workers not being paid as the government enters its 26th day of the shutdown.

Should the government still be closed by Jan. 28, nearly 46,000 Internal Revenue Service (IRS) employees will be called back in to prepare for tax-filing season.

Federal agencies are reportedly expanding their definition of what they deem essential duties in order to get employees working again.

More than 3,800 additional Federal Aviation Administration (FAA) employees were recalled to work after union leaders warned the lack of inspectors was leading airlines to self-regulate, a dangerous move considering the line of work.

A federal judge blocked a proposition from union leaders Tuesday that called for the workers to be paid by the government if they have to work, according to The Post. (RELATED: Government Shutdown Soon To Cost More Than Trump’s Border Wall)

President Donald Trump has yet to waver on his stance that the reason the government is shut down is because the Democrats refuse to negotiate on border security.

“Nancy and Cryin’ Chuck can end the Shutdown in 15 minutes. At this point it has become their, and the Democrats, fault!” Trump tweeted Monday. 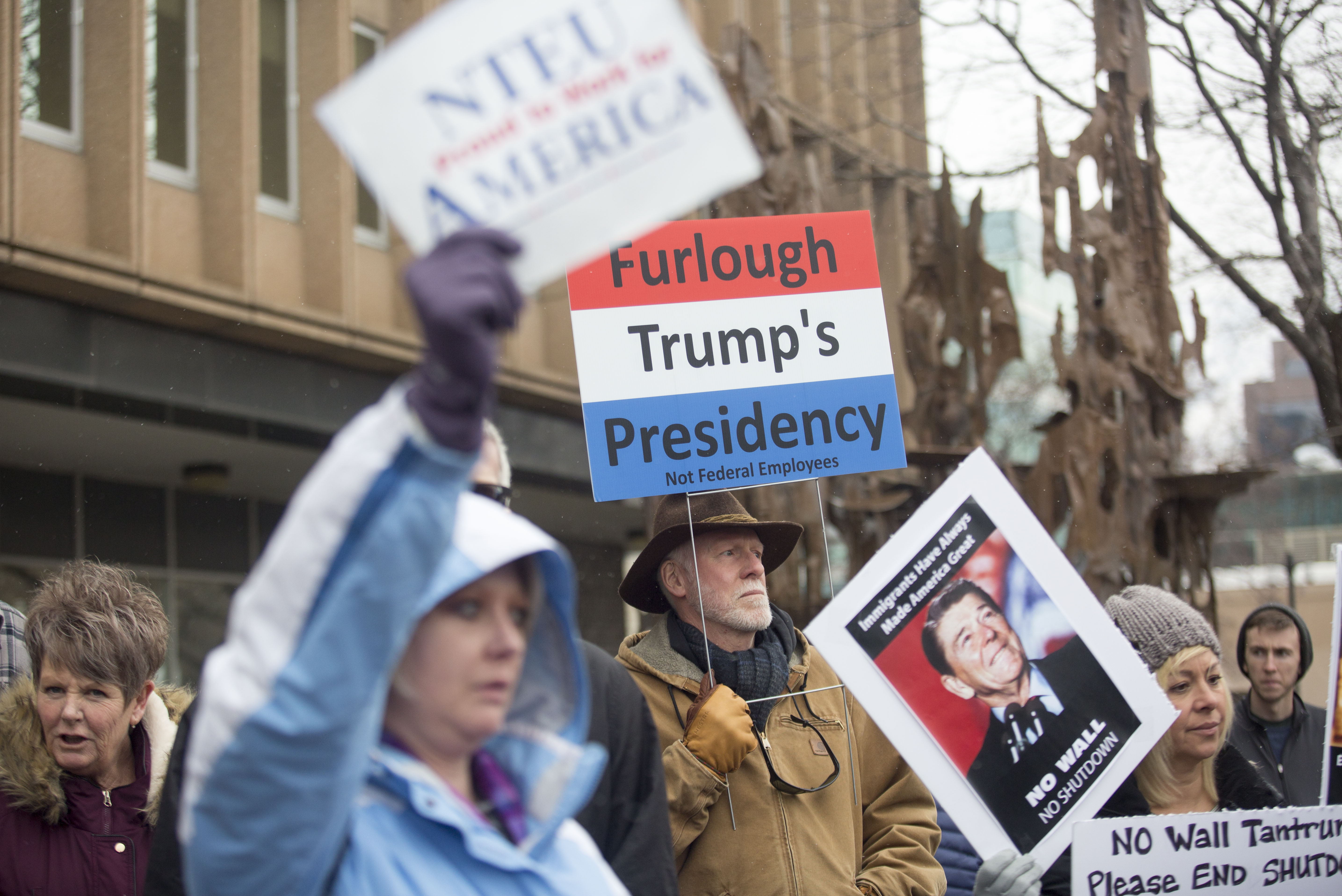 The Food and Drug Administration (FDA) furloughed nearly 40 percent of its staff in December and said Tuesday that it would be bringing back 400 workers.

“About 150 of 400 are focused on food inspections, rest are focused on other aspects of mission including medical devices (about 100 staff), drugs (about 70 staff) and biologics (90 staff),” Scott Gottlieb, the agency’s Commissioner, wrote on Twitter.

The Environmental Protection Agency (EPA) also made moves to increase the number of workers on the job by updating what it considers “necessary.”

The number of workers “necessary to protect life and property” is up to 845 from the original 794.

House Speaker Nancy Pelosi announced Wednesday she’s seeking to delay Trump’s State of the Union address until after the government shutdown is over.

“A State of the Union address has never been delivered during a government shutdown,” she said in a letter to Trump.

“Given the security concerns and unless government re-opens this week, I suggest that we work together to determine another suitable date after government has re-opened for this address or for you to consider delivering your State of the Union address in writing to the Congress on January 29th.”