Speaker of the House Nancy Pelosi and a select group of congressional Democrats were boarded on a military charter bus bound for Andrews Air Force Base to catch a military charter jet to Europe were forced to turn around Thursday when President Donald Trump officially postponed the trip.

Trump sent a letter to Pelosi informing her that she would not be allowed to use military aircraft to travel due to the government shutdown and instead suggested Pelosi fly commercial. It reads:

Due to the shutdown, I am sorry to inform you that your trip to Brussels, Egypt and Afghanistan has been postponed. We will reschedule this seven-day excursion when the shutdown is over. In light of the 800,000 great American workers not receiving pay, I am sure you would agree that postponing this public relations event is totally appropriate. 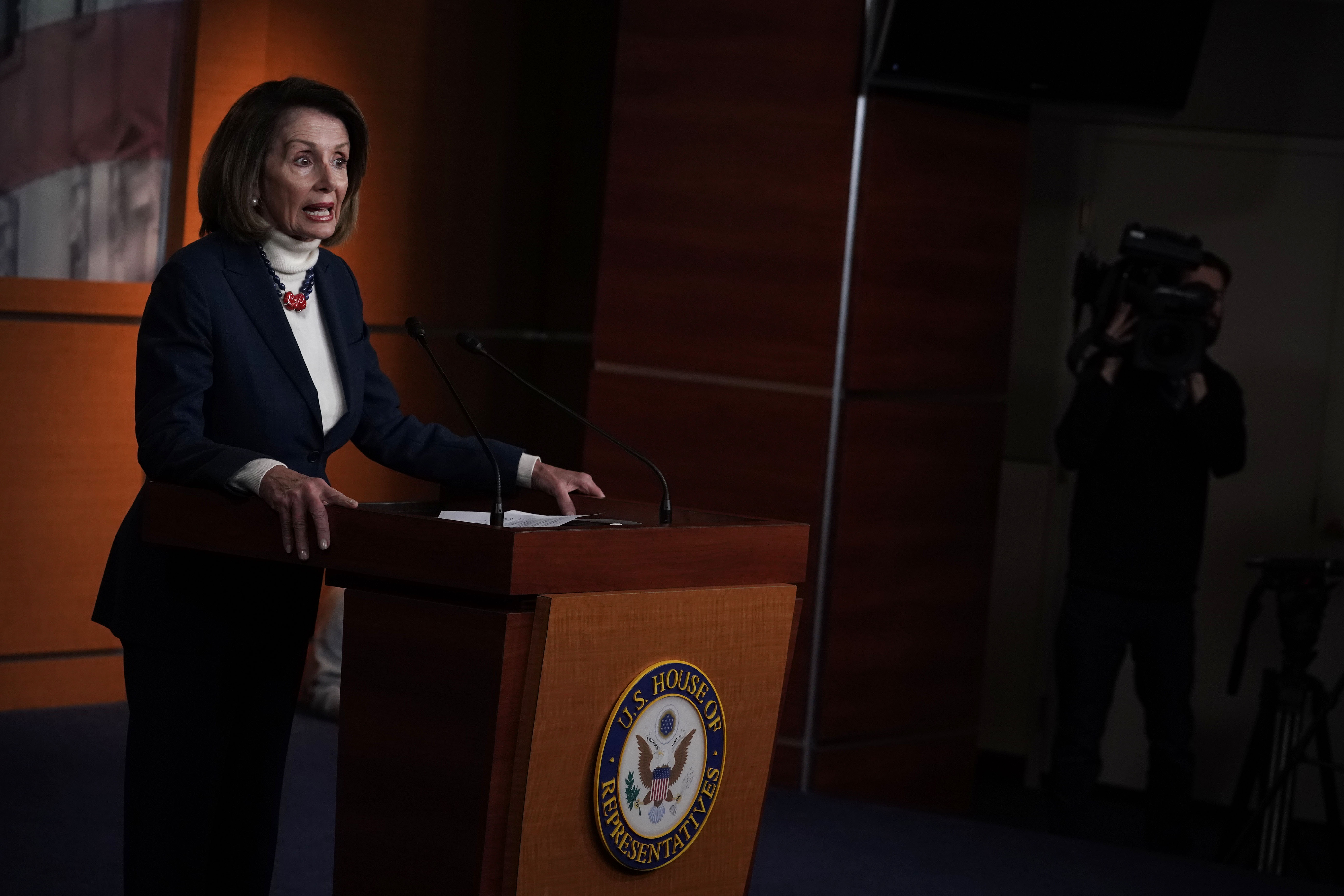 According to Capitol Hill reporters, the Democrats had already departed in the military charter bus for the previously unannounced trip and were forced to turn around. Reporters on the Hill noted that members were “furious” over the trip derailment.

Democratic Rep Adam Schiff was on the bus that was forced to turn around and told reporters after returning to the Capitol, “I don’t have any comment” when asked for comment on the incident.

Republican Congressman Sean Duffy tweeted, “Democrats: Get off the bus and help us secure the border!”

Bus taking lawmakers on codel just left Capitol Hill. Lawmakers on board. Unknown who on board and whether Speaker Pelosi was or not pic.twitter.com/X3P63r2CKW

Fox is told CapHill security officials got an emergency call from the Pentagon canceling the overseas trip due to shutdown. No one here knows if the trip is going to happen or not. Lots of confusion pic.twitter.com/eFCqsaNcGe

.@FoxNews tracked down a bus filled with Dem lawmakers who were on their way to catch a flight to join Pelosi for her European & Middle East trip. They pulled over after Trump’s letter went public pic.twitter.com/xQW5WiMZiB

House Members sitting on an Air Force bus b/t the Longworth and Rayburn House Office Buildings waiting to see if they are still going overseas after Trump cancelled the trip. pic.twitter.com/e5IgidRPZu

Democrats: Get off the bus and help us secure the border! pic.twitter.com/ftdxupqS0J

Members are sitting on the USAF bus on CapHill they wait to see if they are departing on overseas trip Trump canceled.

Fox is told there are furious calls going back and forth now between the Hill, State, Pentagon and White House.

Bus circled around and dropped lawmakers off at Capitol. Rep Adam Schiff came off “I don’t have any comment” pic.twitter.com/WYTWRLH6vl

Trump’s letter concluded asking for Pelosi to negotiate: “I also feel that, during this period, it would be better if you were in Washington negotiating with me and joining the Strong Border Security movement to end the Shutdown. Obviously, if you would like to make your journey by flying commercial, that would certainly be your prerogative.”(RELATED: Pelosi: Dems Won’t Agree To Money For Wall)

The government is in the midst of the longest shutdown in U.S. history over a congressional stalemate on border funding.