The 5th U.S. Circuit Court of Appeals lifted an injunction forbidding Texas from stripping Planned Parenthood of Medicaid funds Thursday, while stridently criticizing the abortion provider for its rhetoric and medical practices.

“Planned Parenthood’s reprehensible conduct, captured in undercover videos, proves that it is not a ‘qualified’ provider under the Medicaid Act, so we are confident we will ultimately prevail,” Texas Attorney General Ken Paxton said in a statement after Thursday’s ruling.

In turn, Planned Parenthood asked a federal court to restore its Medicaid funding. Thursday’s ruling — which related to a jurisdictional issue in that case — is especially striking for its numerous rebukes of Planned Parenthood. Judge Edith Jones, a Ronald Reagan appointee, delivered the opinion.

The most noteworthy reprimand in the decision is a graphic depiction of post-abortion fetal remains taken from a CMP video. A small arm is visible in the picture. Texas cited the manner in which Planned Parenthood disposes of fetal remains as one reason for terminating its Medicaid eligibility.

In another instance, the decision accuses Planned Parenthood of breaking federal law banning partial birth abortions. The ruling highlights a CMP video in which an administrator called Dr. Tram Nguyen said doctors at one facility could evacuate an intact fetus — thereby breaking federal law — provided they sign a form that they did not “intend” to do so. That procedure allows researchers to recover organs like the thymus or the liver.

Later in the opinion, the panel chides Planned Parenthood for failing to address Nguyen’s comments in court filings.

“The plaintiffs’ briefing with regard to the substance of the discussions contained in the videos is curiously silent,” the decision reads.

Planned Parenthood has denied it intentionally alters abortion procedures for impermissible reasons. (RELATED: The Census Citizenship Case Will Probably Be Fast-Tracked To The Supreme Court)

The panel also dismissed Planned Parenthood’s claim that the CMP videos were “deceptively edited,” a soundbite that redounded across the press after the tapes first appeared.

“The record reflects that [the Texas Office of Inspector General] had submitted a report from a forensic firm concluding that the video was authentic and not deceptively edited,” a footnote in the decision reads. “And [Planned Parenthood] did not identify any particular omission or addition in the video footage.”

Finally the panel accused the judiciary of politicking on abortion cases. Ordinarily, providers like Planned Parenthood must challenge Medicaid termination decisions in an administrative forum and state court before seeking a federal court’s intervention. By allowing Planned Parenthood to skip directly to federal court — as the trial court did here — the 5th Circuit said judges are engaging in ideological favoritism.

“Had [Texas] terminated the Medicaid provider agreements of any other type of health care provider, the incongruity of allowing that provider to use patient litigation proxies to avoid administrative review and [reach] federal court would be obvious and unacceptable,” the ruling reads.

The decision comes as pro-life activists gather in Washington in advance of Friday’s March for Life. 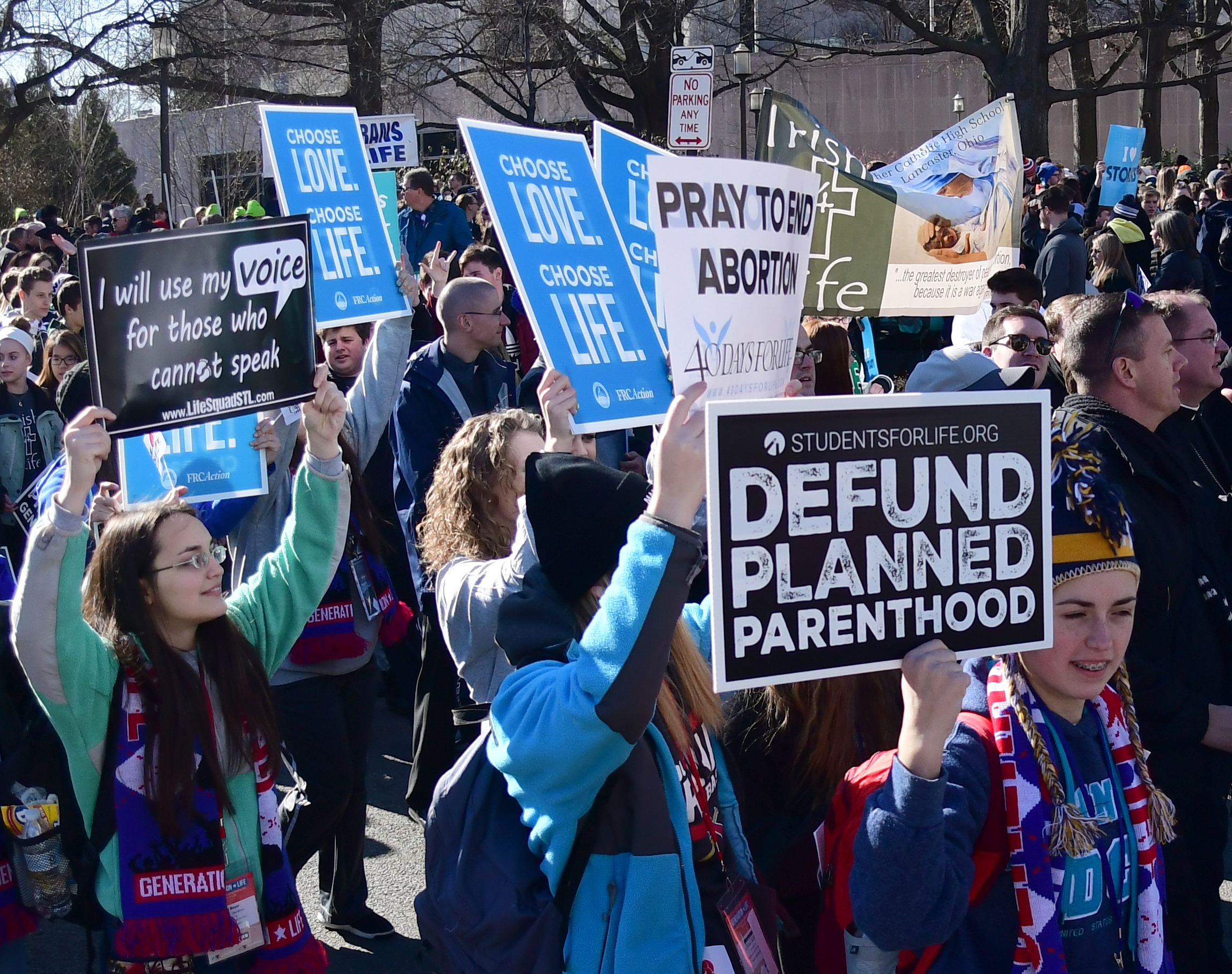 Pro-life activists from around the US gather in Washington, D.C. January 19, 2018 for the annual “March for Life.” (Eva Hambach/AFP/Getty Images)

The question before the 5th Circuit did not relate to abortion directly: After Texas disqualified Planned Parenthood from Medicaid eligibility, the abortion provider sued, claiming the federal Medicaid statute allowed it to do so. A federal district judge agreed and allowed the lawsuit to proceed. The 5th Circuit had to decide whether that decision was correct.

The federal appeals courts are divided over the answer to that question. Though the Supreme Court generally intervenes when the circuits disagree over the same question of law, the justices denied review in a related controversy from Kansas in December 2018, drawing a vigorous dissent from Justices Clarence Thomas, Samuel Alito and Neil Gorsuch that accused the Court of playing politics.

The 5th Circuit’s Thursday decision concluded that it is bound by precedent to find that Planned Parenthood can proceed with its lawsuit in federal court under the Medicaid statute, though Jones wrote a concurrence to her own majority opinion urging the full 5th Circuit to revisit that question.

As such, the state has a much better chance of prevailing when the matter returns to the trial court for further proceedings.