A Georgia man who recently expressed support for the Islamic State was arrested Wednesday after threatening to attack the White House and other major landmarks. The man’s detention spoiled one media outlet’s carefully crafted narrative.

“All potential threats have been neutralized, and they have been under control from the inception of this case,” Pak said at a brief news conference in downtown Atlanta announcing the arrest. The suspect was snagged after Taheb and an FBI informant met in a parking lot in Georgia to exchange a car for an anti-tank weapon and explosives, according to the criminal complaint.

Federal authorities in the court documents said that he had sent two collaborators a link to a video by Anwar al-Awlaki, the radical leader of Al Qaeda in the Arabian Peninsula, who was killed in Yemen in 2011. An FBI source met in October 2018 with Taleb, who said he wanted to travel to an area controlled by ISIS but couldn’t because he lacked a passport.

Taheb’s arrest also comes on the same day that Gizmodo Media Group’s Lifehacker website published a video explaining the true meaning of jihad as told by Muslim Americans. Participants in the video argue that jihad is merely an internal struggle that people go through, be it an internal or external fight.

One person said: “My jihad is, you know, sometimes biting my tongue if my mom is saying something funny.” (RELATED: Israel Responds To Hamas Mortar Barrage With Airstrikes In Gaza Strip) 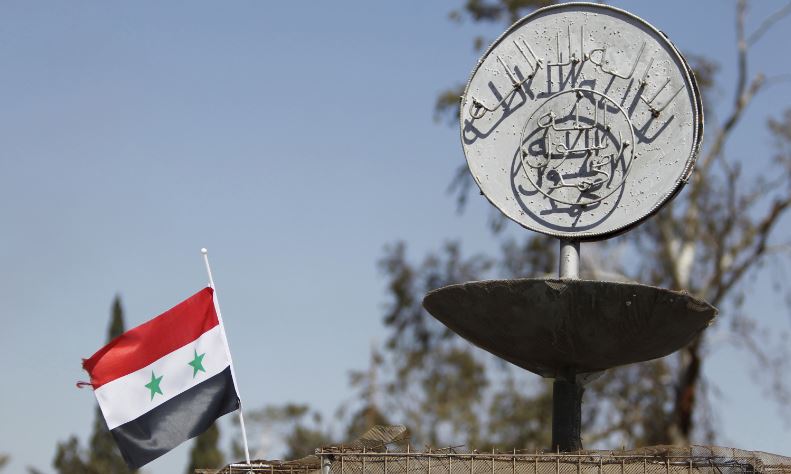 A Syrian national flag flutters next to the Islamic State’s slogan Syria in this April 1, 2016 file photo. REUTERS/Omar Sanadiki/Files/File Photo

The video then cuts to another man explaining the “military component” as a type of jihad that is old and outdated, something best left in the dustbin of history. “We’re not in that context today,” he claimed.

The rest of the video shows jump-cuts of TV personalities using Islamic terrorist attacks in the U.S. and abroad to paint jihadism in a negative light – the participants in the video explained that all these narratives bastardize what they call real jihad.

Taleb’s case is one of a handful of recent instances where investigators thwarted potential attacks.

Police in New Mexico, for instance, found multiple firearms and evidence in August 2018 suggesting adults at a so-called jihad farm were training children to commit some kind of mass shooting, according to court records. Prosecutors said a handwritten note titled “Phases of a Terrorist Attack” was among the documents seized at the compound.

Gizmodo has not responded to The Daily Caller News Foundation’s request for comment.